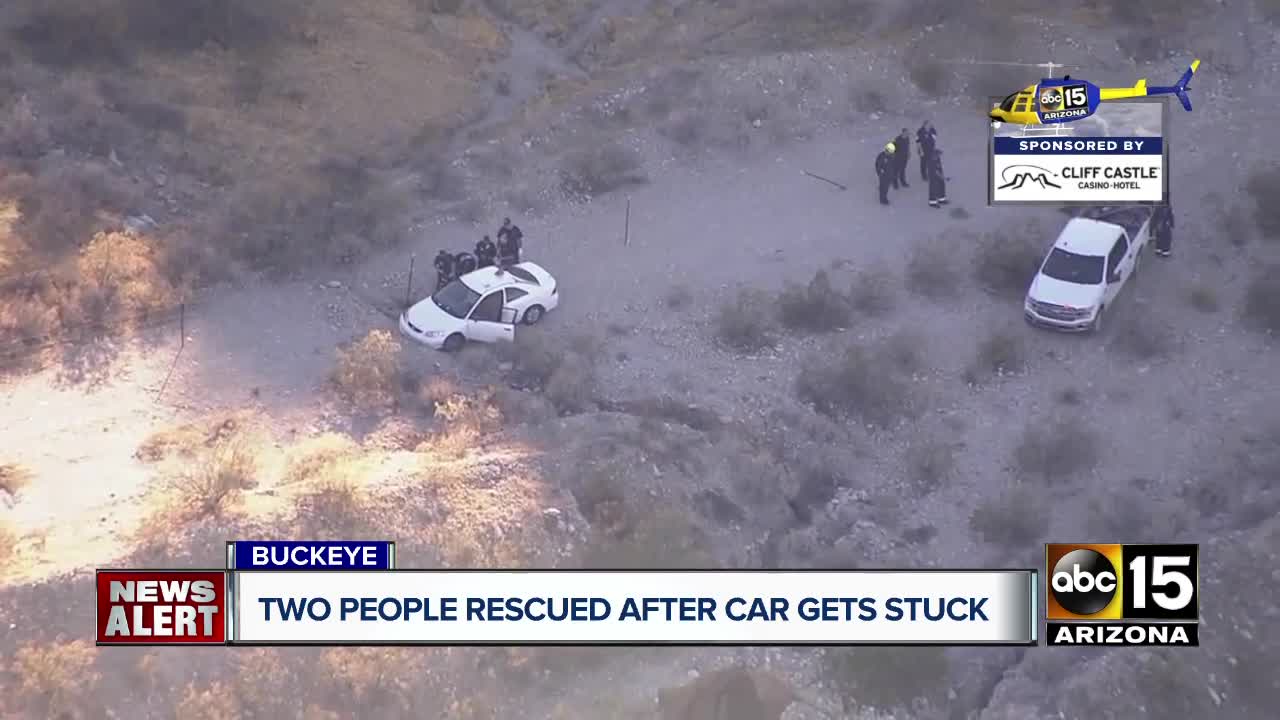 One person in critical condition after incident near Verrado High School. 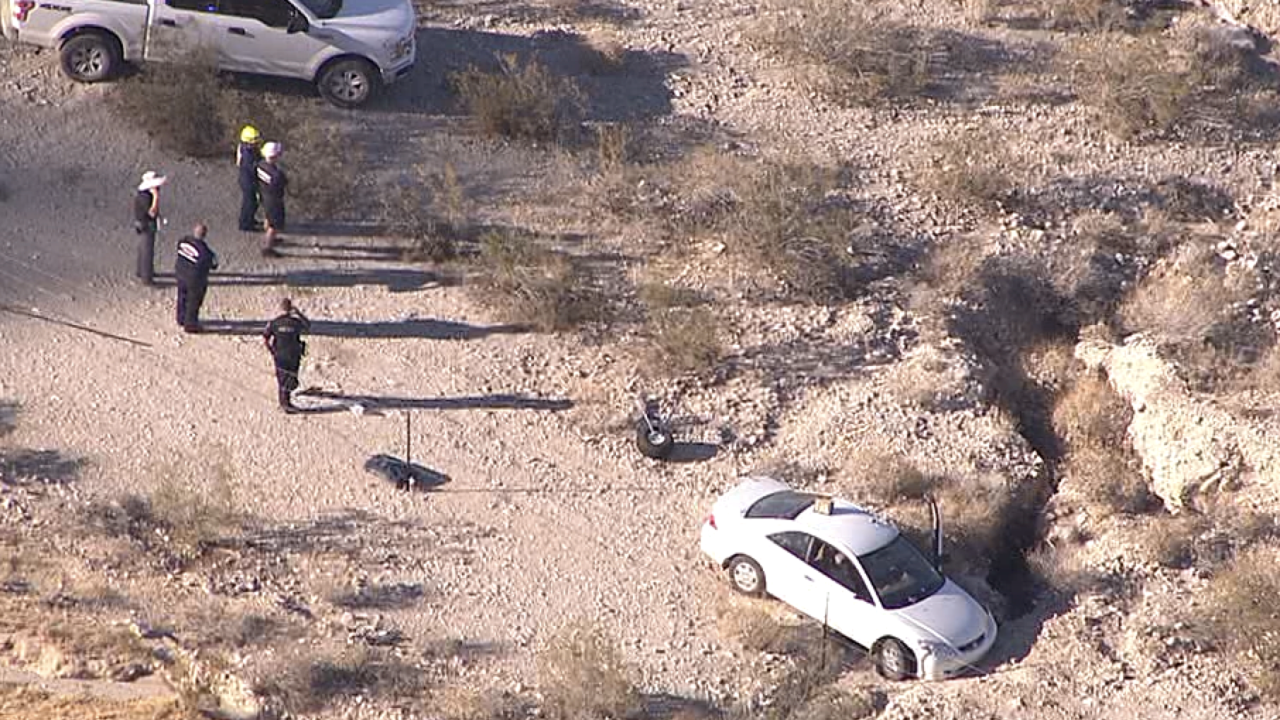 BUCKEYE, AZ — Two people were taken to the hospital after their car got stuck in a wash in Buckeye Tuesday afternoon, but unfortunately one man did not survive.

Buckeye police say detectives were conducting an unrelated investigation near 207th Lane and Tiger Mountain Drive when they noticed a car stuck in the wash with two elderly people inside.

Buckeye firefighters, along with the help of Avondale, Glendale, Goodyear and Buckeye Valley Fire, used ATVs to get to the rescue location.

84-year-old Hilda Becker was airlifted to the hospital in critical condition. Buckeye police say 84-year-old Russell Becker was pronounced dead at the scene.

Investigators are looking into why the pair was out driving in the rugged terrain. Police believe the couple may have been exposed to heat elements for up to 24 hours before being seen by crews.

Becker reportedly told police the couple had left their home to go out on a drive, and appeared disoriented. The couple did not have a cell phone.

Buckeye police released the following statement on the incident:

"This is a sad reminder for all of us to keep an eye on each other. Those who have elderly loved ones or neighbors are encouraged to check on them regularly. It is also a good idea to keep water and a charged cell phone available should an emergency arise."