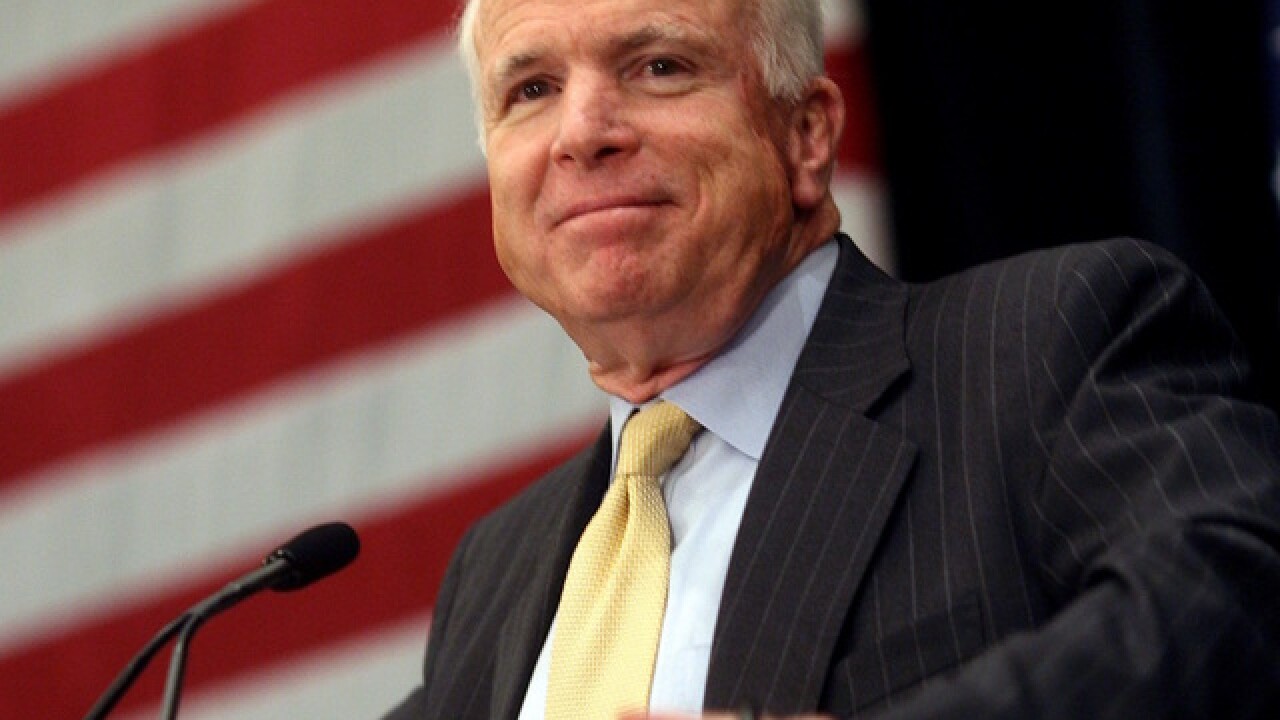 A Phoenix-area school district will name a school after John McCain, the 81-year-old U.S. senator who died Aug. 25 after being treated for brain cancer.

The Buckeye Elementary School District announced Monday that its governing board decided to name the district's school for McCain after seeking and receiving the blessing of the Arizona Republican's widow, Cindy McCain.

According to the district, Superintendent Kristi Sandvik recommended naming the school after McCain as part of an effort to honor his service to the nation.

The new school will be the district's eighth school.