Buckeye 3-year-old dies after being pulled from pool 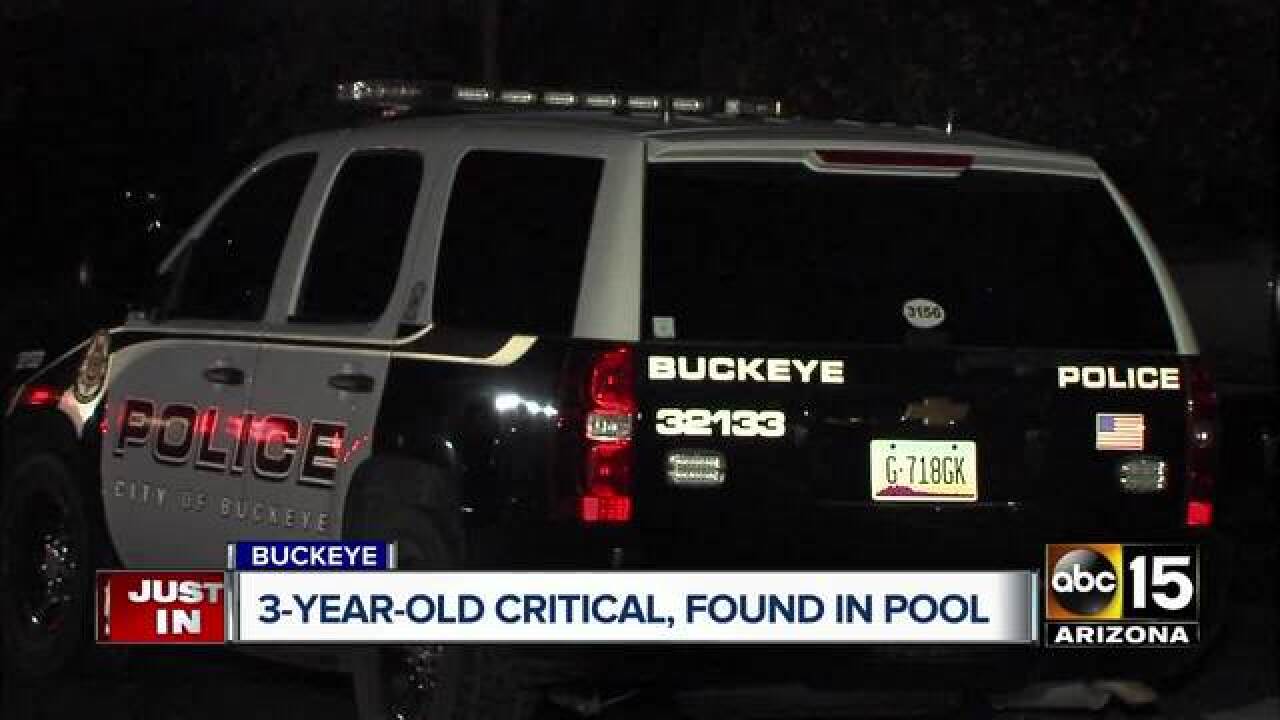 Buckeye police say a 3-year-old has died after they were pulled from a pool in critical condition on Sunday evening.

According to police, emergency personnel responded to a home near Baseline and Miller roads after a family member pulled the toddler from the pool.

The child was taken to the hospital in critical condition but later died.

"It is unknown if there was a pool fence or some type of pool safety barrier in place," Buckeye fire said in a release.