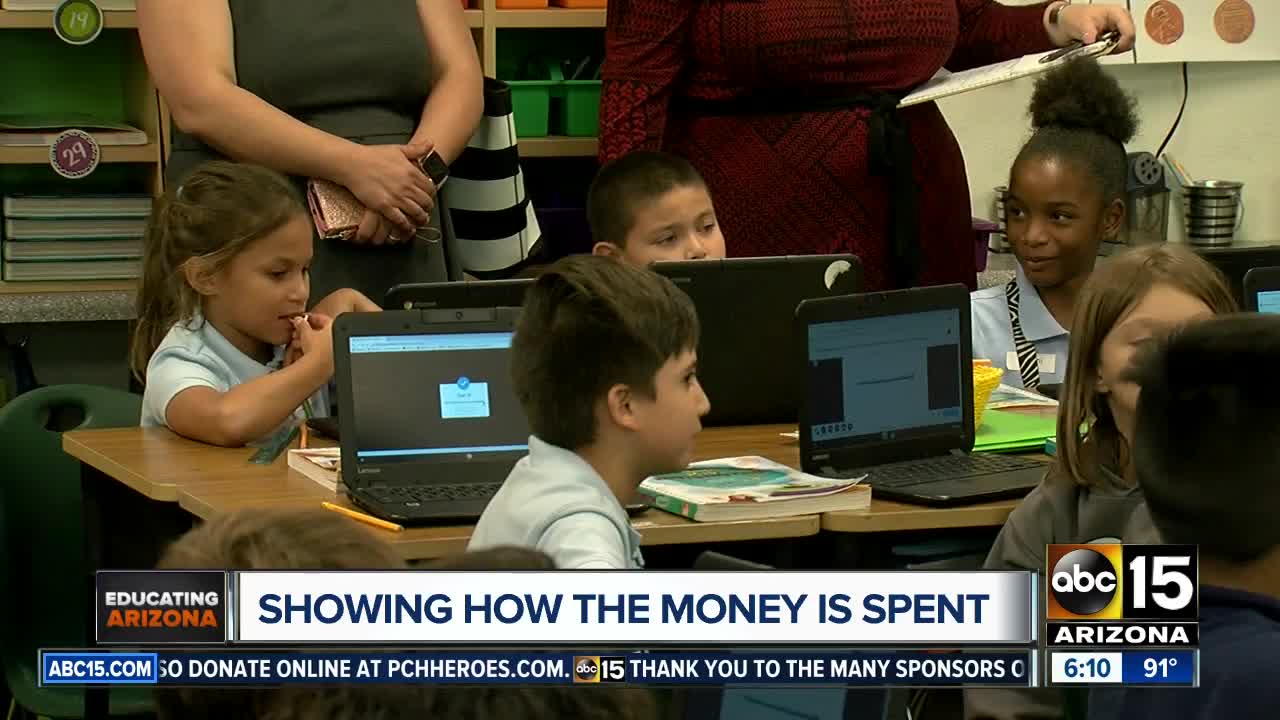 The students at Buckeye Elementary School pulled out all the stops for Governor Ducey Tuesday.

BUCKEYE, AZ — The students at Buckeye Elementary School pulled out all the stops for Governor Ducey Tuesday. A rousing version of Queen's "We Will Rock You" from the school band. Tutoring in a computer lab class. A rendition of "Happy Birthday," it was the Governor's birthday, by students in the school's library.

As she waited for Ducey to arrive, Buckeye Elementary School Superintendent Kristi Sandvik said, "we're very thankful that Governor Ducey has taken steps to restore capital funding. As one of the fastest growing school districts in the state of Arizona we look forward to showing Governor Ducey what is happening in our schools."

Buckeye Elementary is one of the Valley's oldest schools. But the district is growing at an accelerated rate - 350 new students a year. It will add up to four new schools within the next ten years.

Pay raises are helping retain teachers in Buckeye. Eighty-seven percent of them have signed up to return next year. But the schools are also benefiting from what's known as the district additional assistance fund. It allows Superintendents like Kristi Sandvik use the money as she sees fit. The Buckeye Elementary School District received $750,000 this year. Most of the money was spent on textbooks and computers. The district hopes to receive $1.1 million dollars next year.

The governor's 2020 budget proposes more than $5 billion for education. It includes teacher pay raises, money for infrastructure, counselors, school resource officers and expanding the Arizona Teacher Academy. Later in the day, the governor visited Paseo Point Elementary School in Laveen, where he watched student teachers from the Academy teach class. "I saw a lot of excited and engaged teachers inside their classrooms. Bringing the subjects to life for the young people," the Governor remarked afterward.

After years of budget cuts, there are signs of hope coming from two schools who got to make their sales pitch directly to the Governor. Put the money in the classroom and see the results.

The Governor took note, "I believe the teachers make the biggest difference inside our state."