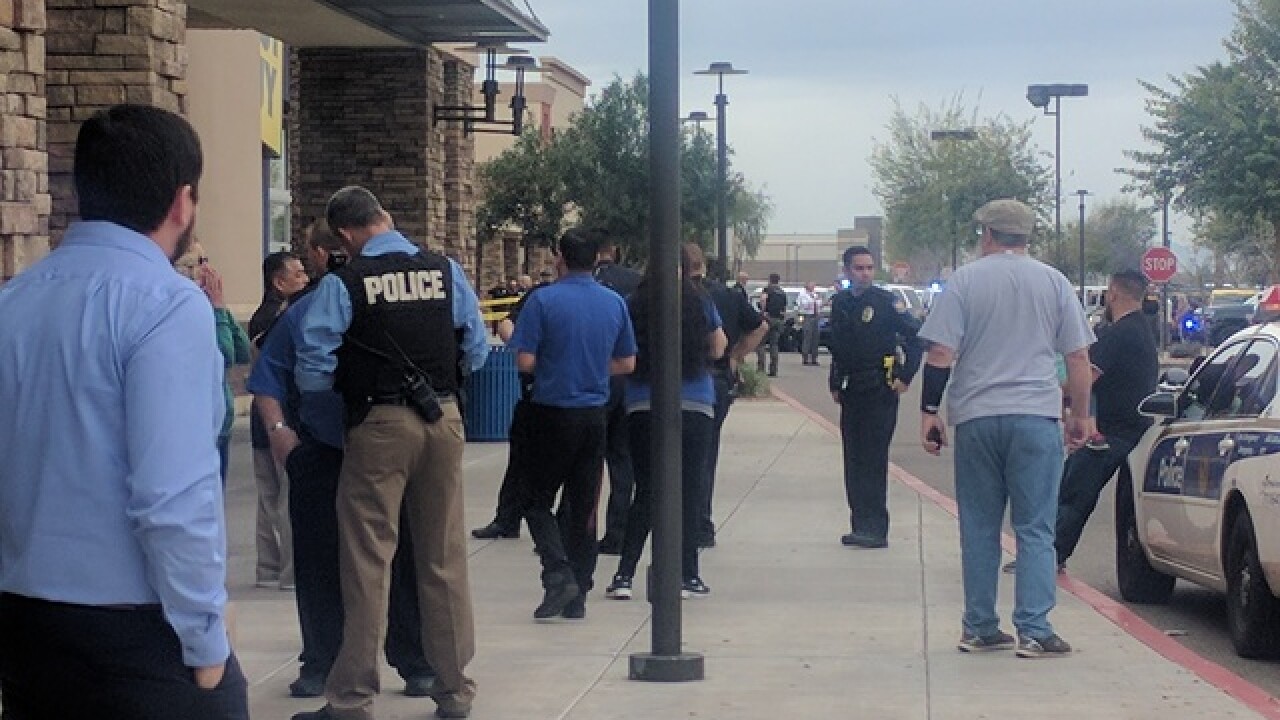 Copyright 2017 Scripps Media, Inc. All rights reserved. This material may not be published, broadcast, rewritten, or redistributed.
Victoria Bray
<p>Officers responded to the shopping center near 99th Avenue and McDowell Road Monday morning after reports of a shooting. Police say two people were shot and one suspect is in custody.</p> 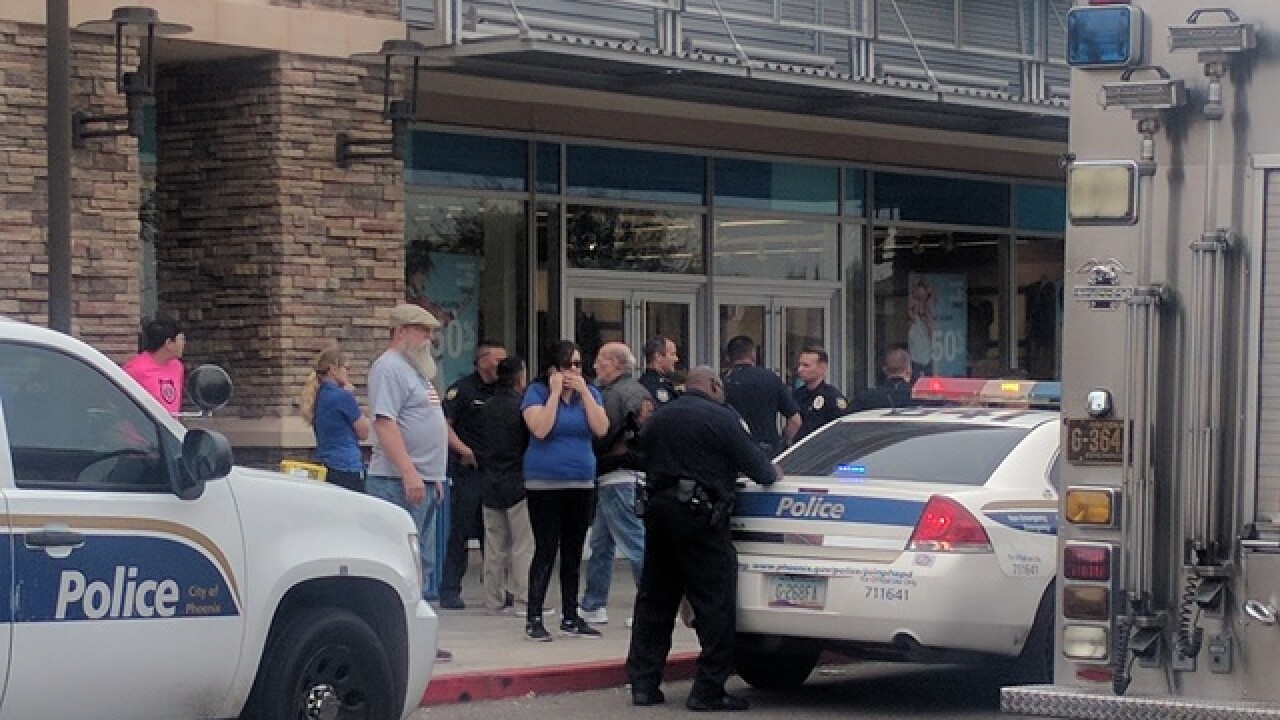 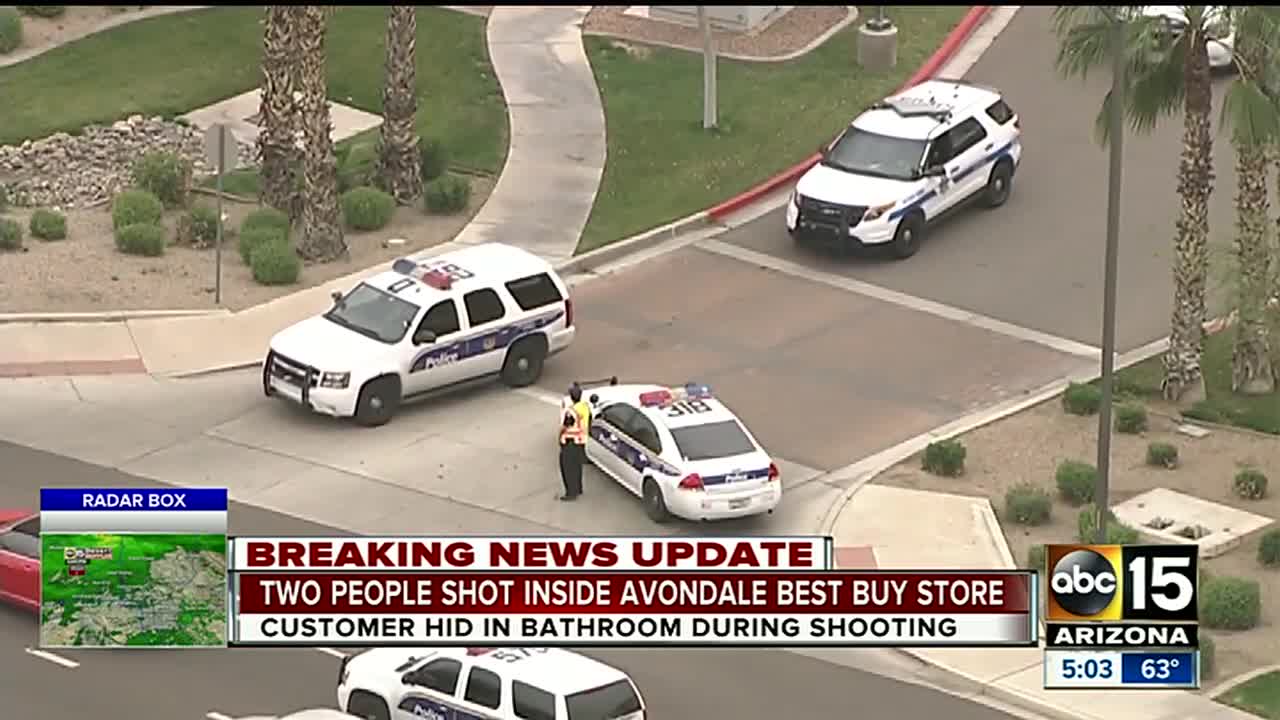 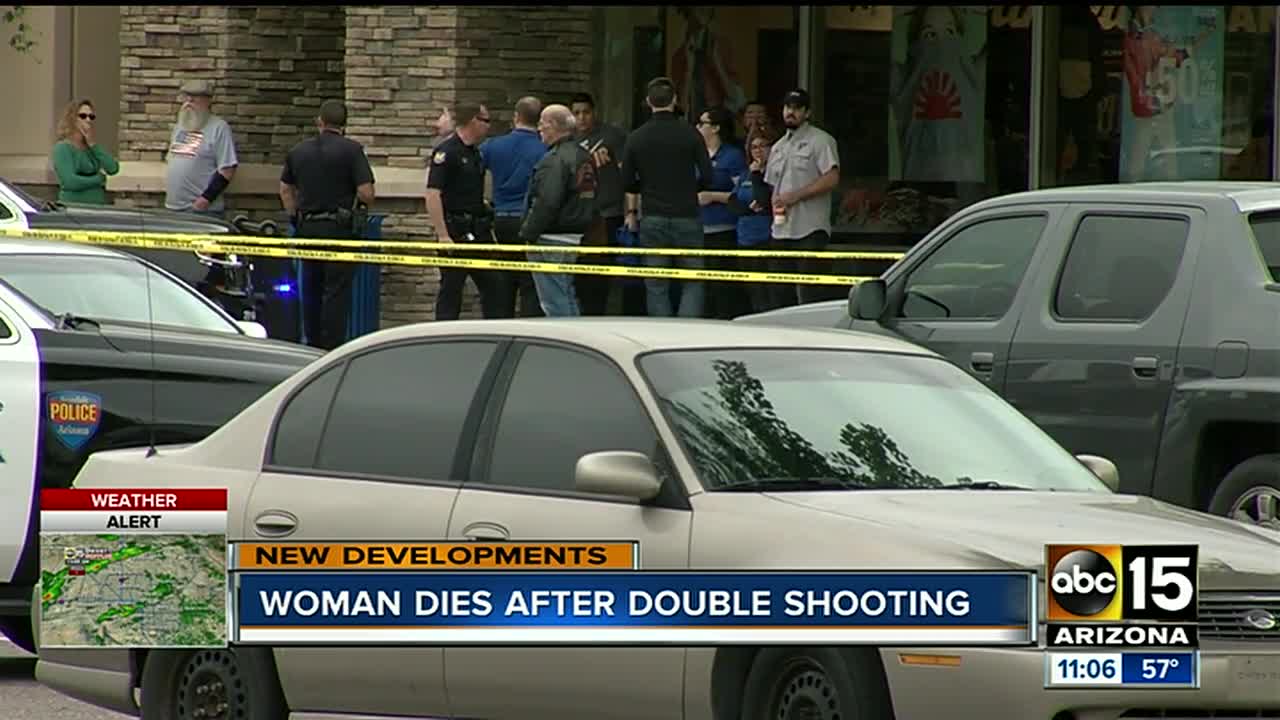 Police continue to investigate a double shooting at an Avondale shopping center on Monday afternoon that left a Best Buy employee dead.

The call came out around noon on Monday at a shopping complex off Interstate 10, near 99th Avenue and McDowell Road.

According to the Avondale Police Department, upon arrival at the business, one man and one woman were found injured inside the store from gunshot wounds. Both individuals were taken to hospitals.

The woman was pronounced dead by hospital personnel on Monday. The man remains in critical condition.

Best Buy told ABC15 the woman who was killed was a team member of the store. Later Tuesday afternoon, police identified her as 26-year-old Melissa Mendez.

The suspect has been identified as 27-year-old Henry Cota, Jr. Police say there was a history of domestic violence between the two.

Police say investigators have determined there was a confrontation outside the store between Mendez and Cota, and Mendez ran into the store after Cota fired several shots.

Cota followed her into the store and fired more shots, police said.

Terrified customers and employees inside the store ran for cover when they heard the shots, not knowing what was going on.

Melinda Brasher said she headed straight for the emergency door, and another woman was already back there trying to open it.  The two women heard a loud alarm, but were unable to open the security door, so they ran for cover and hid in the bathroom.

ABC 15 contacted Best Buy to find out why the security door was not working for these women.  A spokesman personally went to check the door, and confirmed that the door had a 15 second delay mechanism for theft prevention.

There was a sign on the door letting you know the door would open 15 seconds later, but in their moment of terror and panic, the women failed to see the sign.

Venue Security expert Steven Adelman said it was common for big box retail stores to have this type of emergency door, mostly to protect themselves from thefts, which they faced almost every day.

"The possibility of theft is a significant reality for them every day they open for business,” Adelman said. “The retailer wants to prevent grab and go theft.  The person who wants to get away from what they think is an active shooter wants to go immediately."

Adelman added that stores with this type of emergency door had to get approval from building code officials, and have fire sprinklers installed inside.

Best Buy released a statement to ABC15 which read:

"Our thoughts and prayers are with the family, friends and children of Melissa Mendez after she was senselessly shot and killed on Monday. Domestic violence has no place in our society, and this tragic event is an example of how destructive it can be. Melissa, an employee at our Avondale store for more than seven years, was well-liked by her colleagues and great at her job. Counseling has been made available for our employees. Our Avondale store remains closed at this time."
Copyright 2017 Scripps Media, Inc. All rights reserved. This material may not be published, broadcast, rewritten, or redistributed.