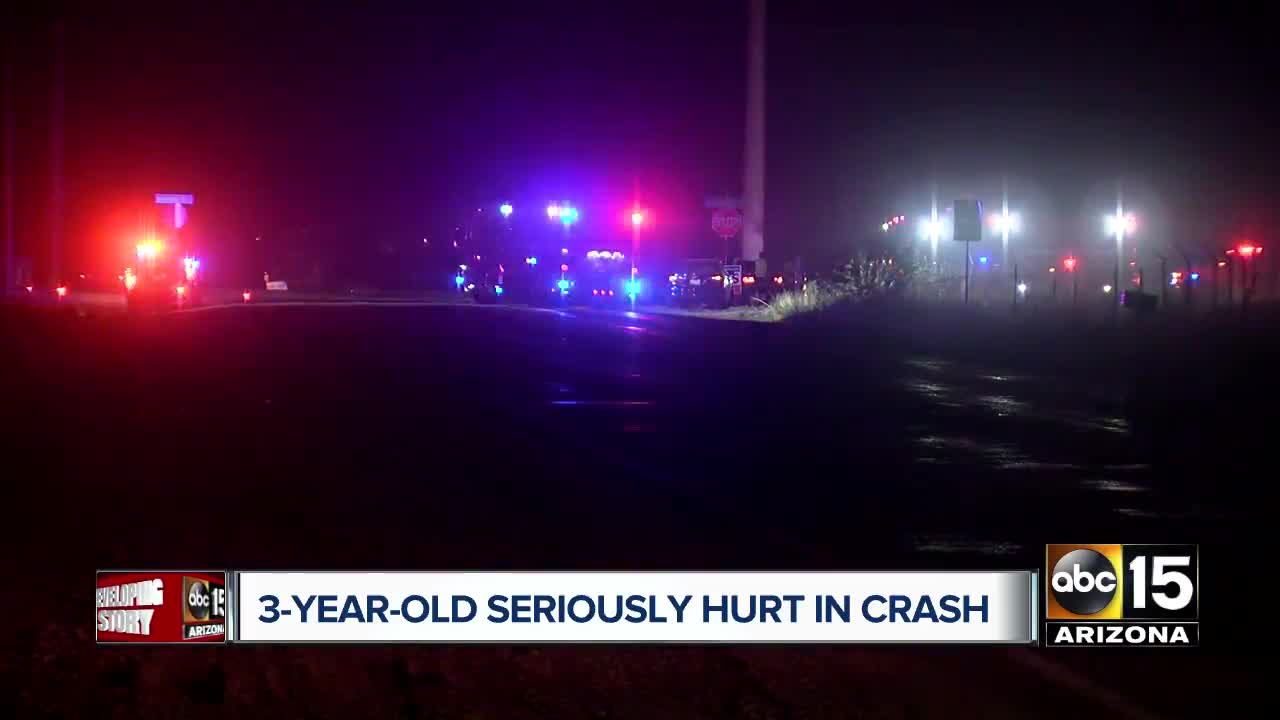 MCSO investigating cause of collision near Avondale Boulevard and Broadway Road. 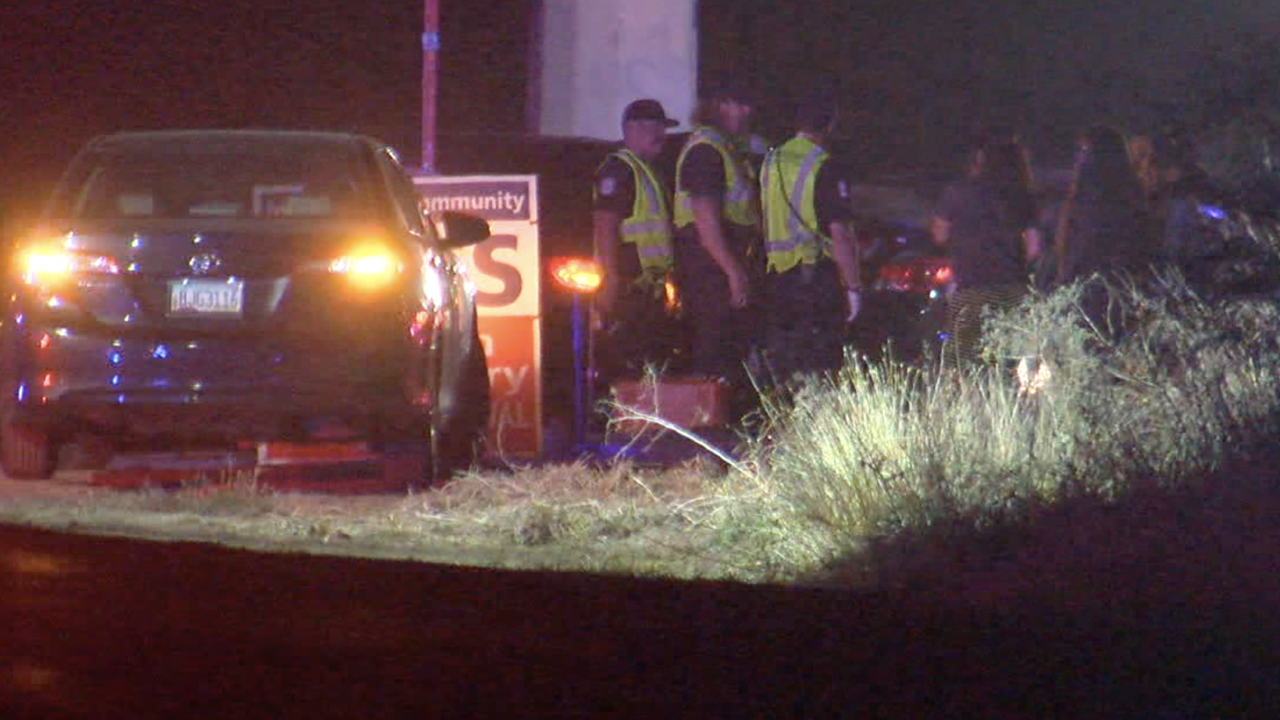 AVONDALE, AZ — A 3-year-old child is in serious condition after a two-car collision in the west Valley Saturday night.

The accident happened around 7:10 pm. near Avondale Boulevard and Broadway Road, according to the Maricopa County Sheriff's Department.

Deputies say a woman was driving westbound on Broadway Road when her car collided with another car going northbound on Avondale Boulevard. Deputies say the woman suffered non-life threatening injuries, but the child riding in her car was seriously hurt.

The man driving the other car received only minor injuries and was not transported, deputies say.