Therapy horse rescued after getting stuck in Avondale canal 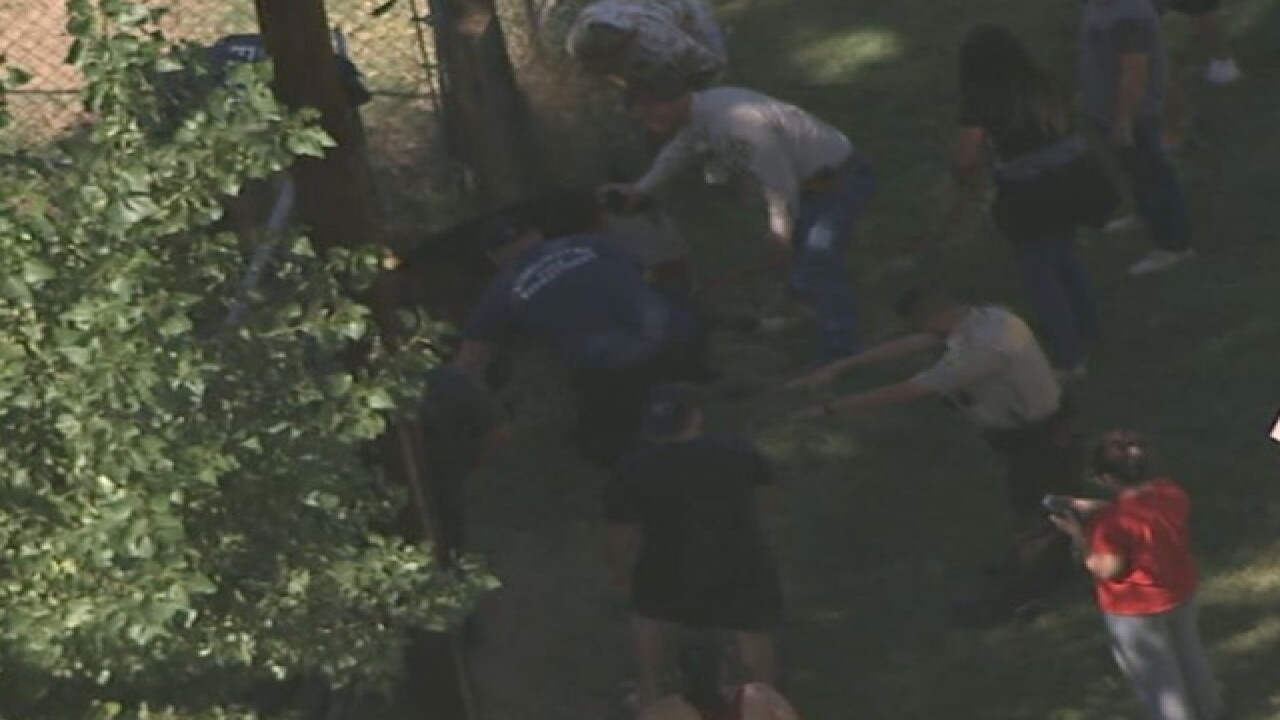 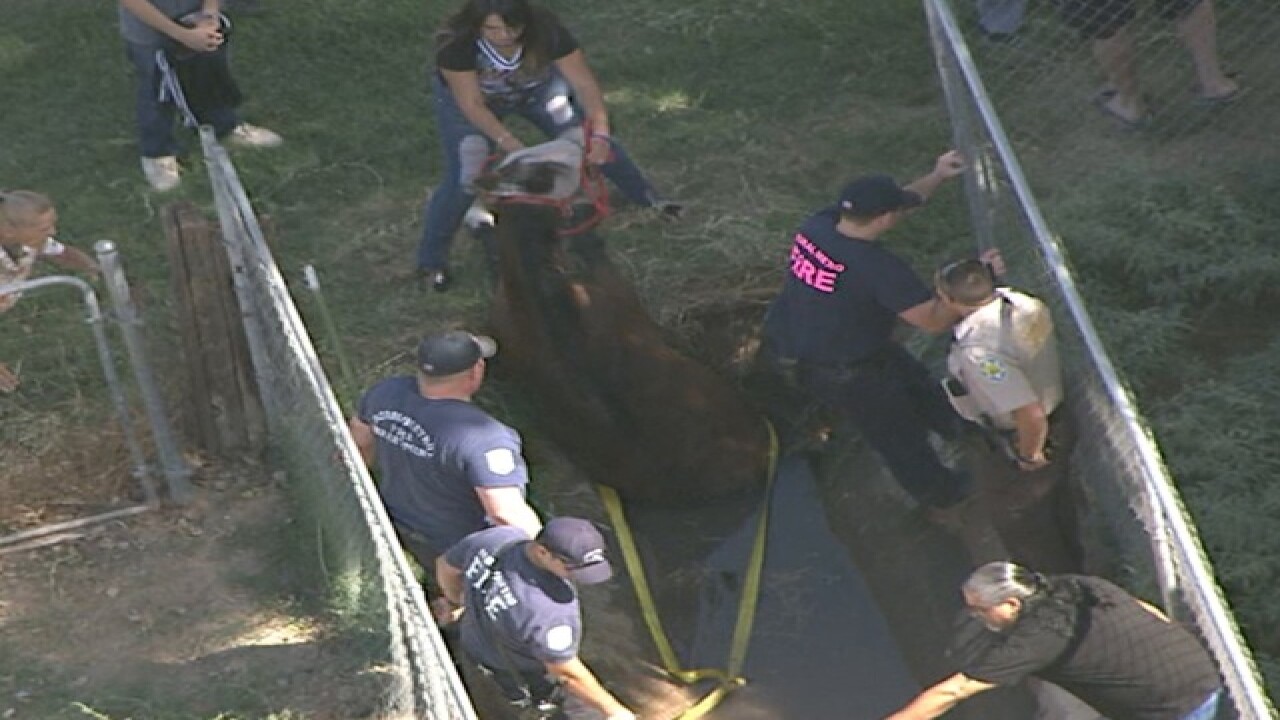 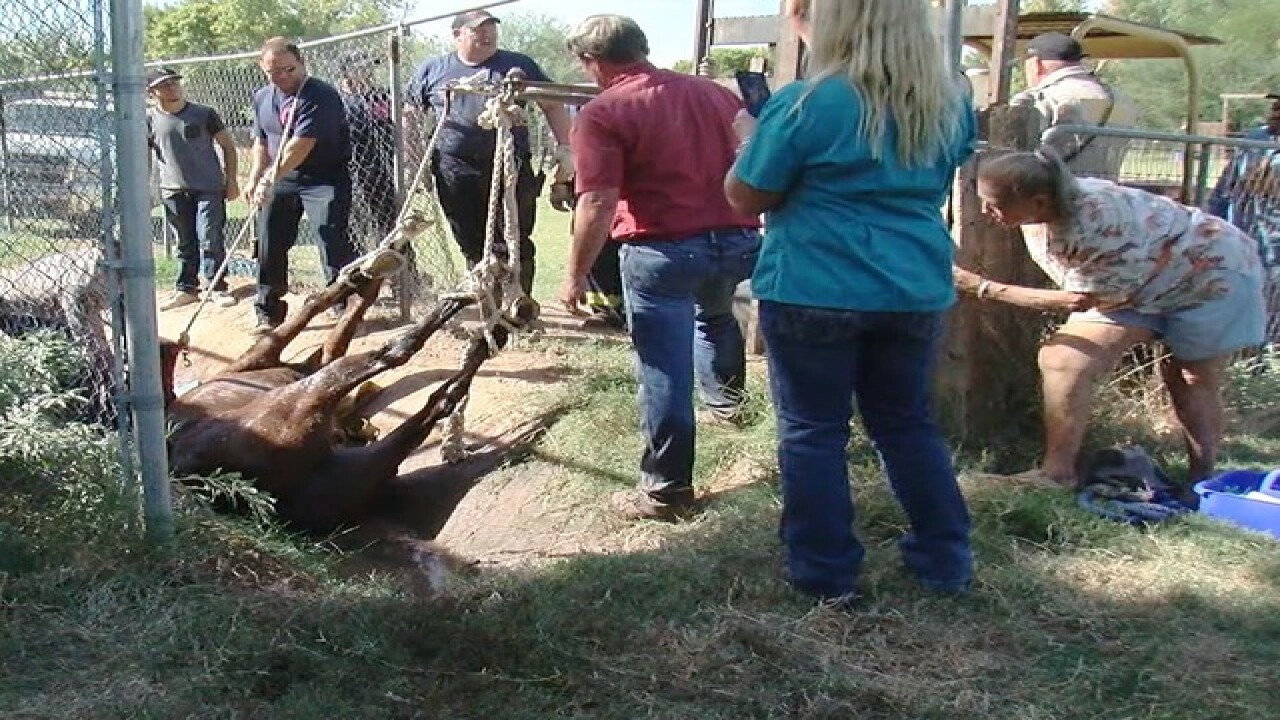 Officials rescued a 23-year-old therapy horse that got stuck in a West Valley canal Friday afternoon.

Neighbors in the community say the horse, named Mister, got his front legs stuck in a concrete tube that channels water beneath the roadway.

"I just was keeping him calm and petting him and trying to keep him calm because he was hearing noises and going crazy, but he was just hurting himself even more," neighbor Margarita Herald said.

Air15 video over the scene near 129th and Southern avenues showed the horse stuck in some type of irrigation ditch. Several rescue workers, as well as neighbors, could be seen working to pull the animal out of the canal.

"This neighborhood, these people, my neighbors, are just the best people in the world. They are just wonderful caring people," said Linda Fetterer, the owner of the horse. "It's god's blessing thank you. That's what I told everybody but that's the way this neighborhood is."

MCSO on scene of a horse stuck in an irrigation canal. Horse is in no immediate danger & working w live stock Captain on a safe rescue! pic.twitter.com/lsXmEFonAr

Maricopa County Sheriff's Office said the horse was not in immediate danger and they were working with the livestock captain to remove the horse safely.

Air15 footage showed a crane helping to lift Mister from the ditch and place it in a grassy area nearby.

Mister is expected to recover.