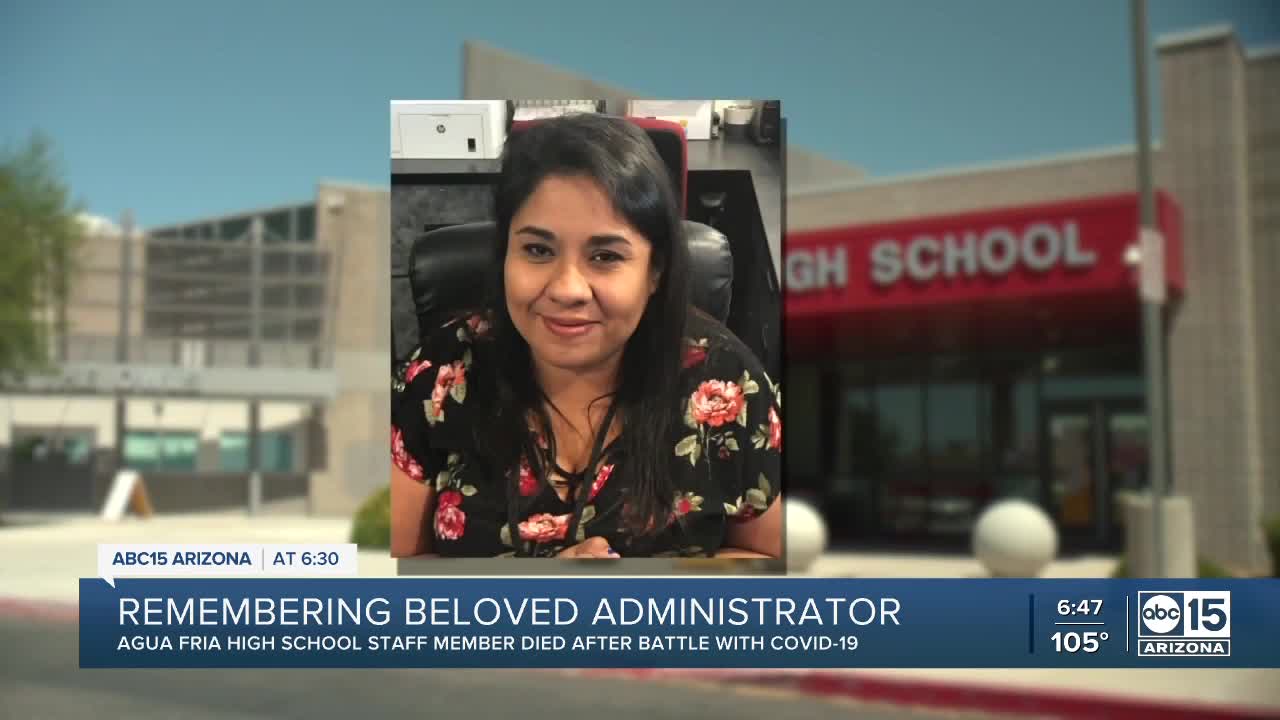 She was one of the first faces you'd see walking into the main office, and now a West Valley community is mourning the death of a beloved high school administrator.

She was one of the first faces you'd see walking into the main office, and now a West Valley community is mourning the death of a beloved high school administrator.

Lisa Palacio, 43, died this week. Her family told ABC15 she got sick in early July and battled pneumonia and COVID-19. They said she was not on campus around the time she got sick, but was a beloved member of Agua Fria High School.

"She was an amazing person," said her daughter, Daniela. "She was really selfless."

Palacio was an attendance specialist at Agua Fria High School for nearly two decades. In some ways, she was the face of school, interacting with thousands of staff members, parents and students over the years.

"She would greet them and left an impression on everybody there," Daniela Palacio said.

Palacio also attended Agua Fria in the 1990's. Assistant Principal Stephanie Vaughn told ABC15 she once had Palacio as a student in english class, before she became a member of the staff.

"She treated everybody with respect," she said. "That goes a long way no matter what age you are."

Vaughn told ABC15 the Agua Fria High School community is very tight-knit, and they are trying to cope with Palacio's death.

"There is a lot of support for each other and we're helping each other through," she said, while choking up. "We're doing the best we can."

Not only was Palacio an administrator at the school, she was a mother to three children. Two of them, including Daniela, currently attend Agua Fria High School.

"We did everything together," Daniela Palacio said. "She was always there for me and my brothers."