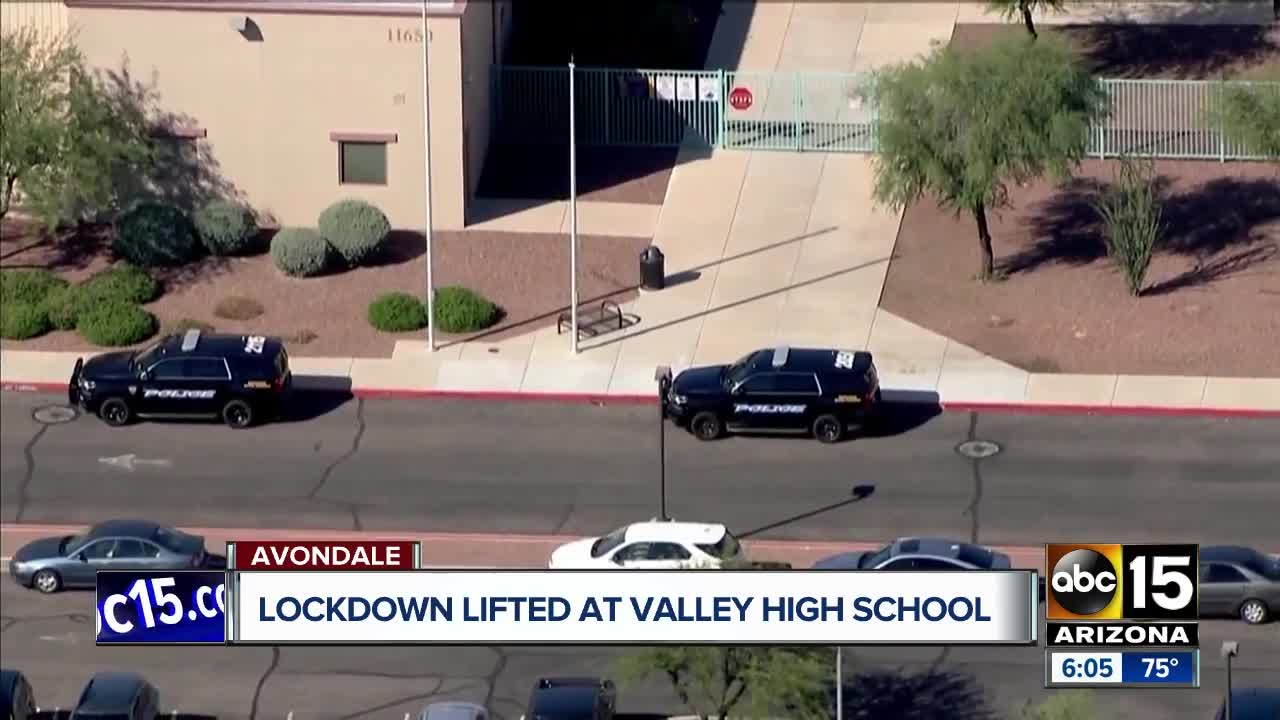 Police said a threat was made against La Joya High School on social media Monday morning, but no weapons or firearms were found. 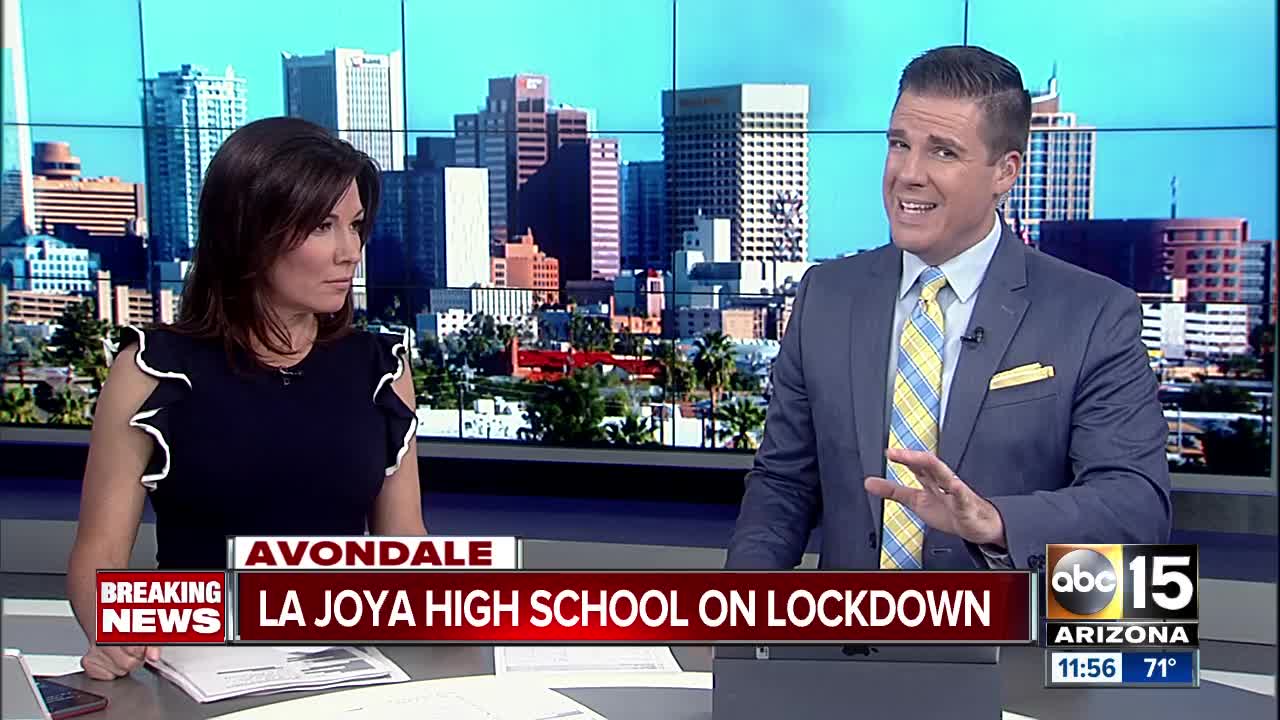 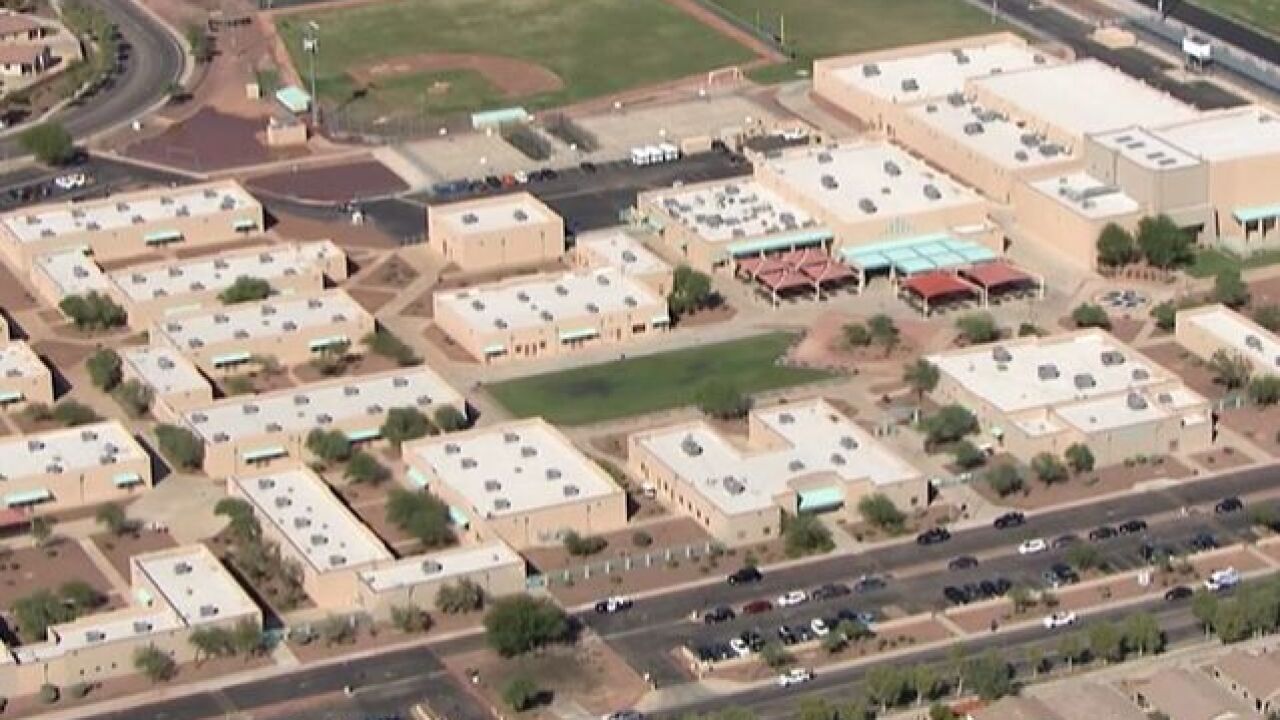 A student has been arrested after reportedly making a threat against La Joya High School in Avondale on Monday.

The school was placed under lockdown for several hours and students were released following a threat made at the school on social media.

The school near Avondale Boulevard and Lower Buckeye Road was placed on a precautionary lockdown for several hours, and a heavy police presence was reported on the campus.

Around 1 p.m., police said the school would be released early and they were waiting for school transportation to arrive. Shortly after, students were released from school.

The lockdown was lifted around 1:30 p.m. Police said no weapons or firearms were found on campus.

Police said the investigation led to the arrest of a male student, who admitted to making the threat in order to cancel school. Police found no evidence to suggest the threat was going to ever be carried out.

There are no other suspects believed to be involved and the school will be open on Tuesday.

Lockdown has been lifted. Kids have been released.