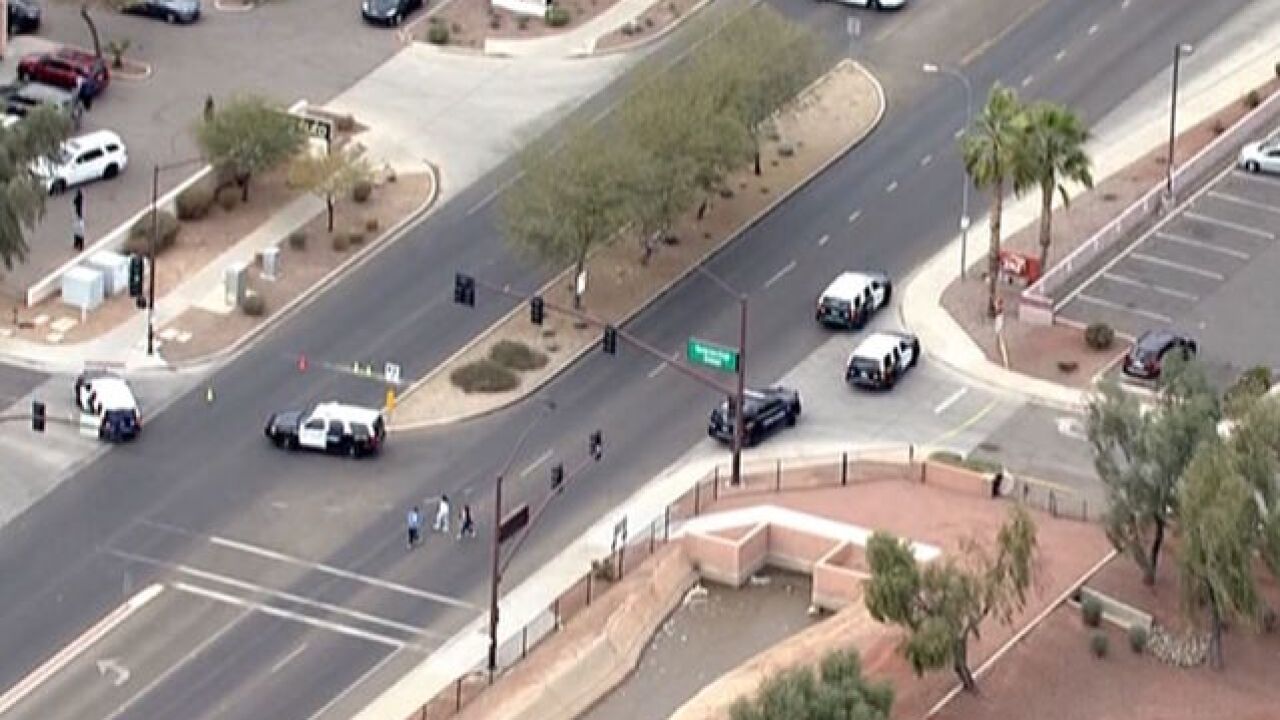 Police in Avondale are searching for suspects who fired weapons in a restaurant parking lot, leading to a nearby high school to go into lockdown.

According to Emmett, an altercation occurred between two vehicles with shots being fired from both cars. There were no injuries or property damage.

Emmett says the vehicles took off before police arrived. But investigators are talking to witnesses and looking at surveillance footage from local businesses.

The incident happened just after Westview High School ended classes for a day.

Tolleson Union High School District spokesman Joseph Ortiz says the school went into lockdown only as a precaution. It lasted about an hour.