Woman dies, man hurt after motorcycle crashes into a house in Tempe 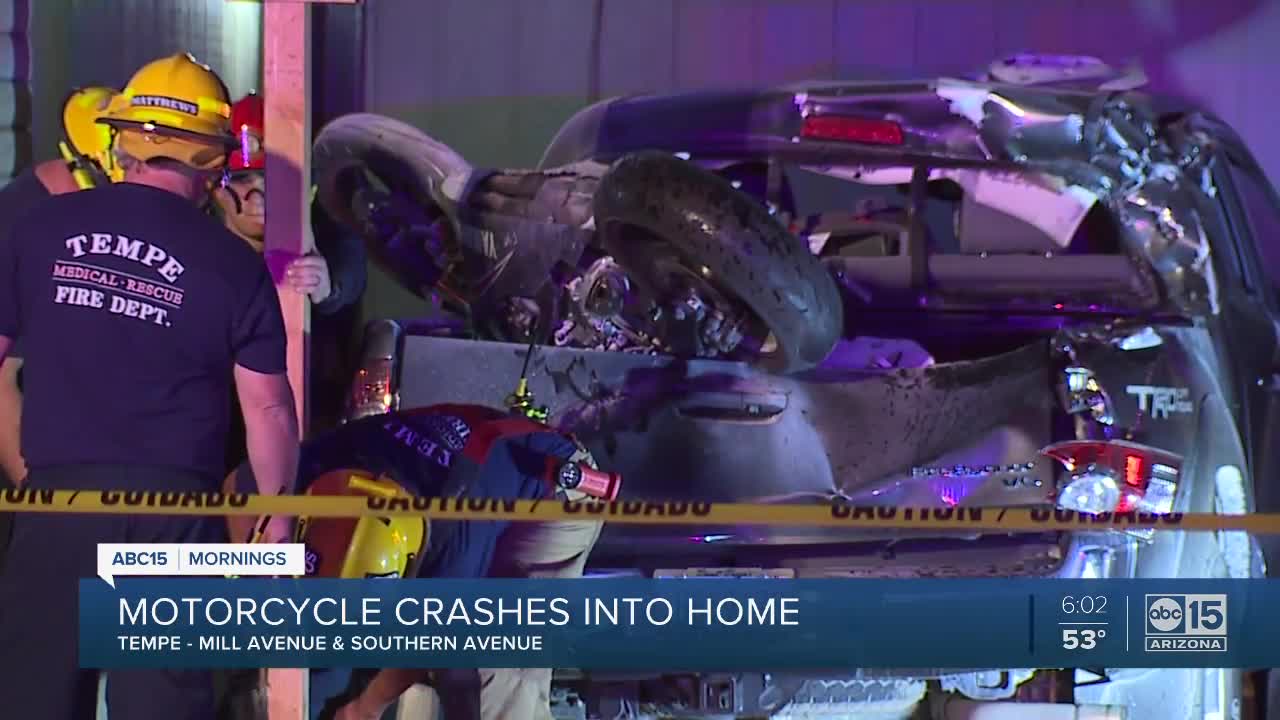 Two people are in critical condition after crashing into a house Saturday evening. TEMPE, AZ — Police say a woman has died after a motorcycle crashed into a Tempe carport Saturday evening.

Crews were called to the scene near Mill and Southern avenues around 6:40 p.m. when officials were notified of a crash involving a motorcycle. When they arrived on scene, they found a motorcycle in the back of a pickup truck that was parked in a home’s carport.

The motorcyclist, identified as 25-year-old Austin Forker, was reportedly riding with 21-year-old Sanjana Kumar as a passenger. They were traveling at a high rate of speed when they hit a curb, lost control and struck the home.

Forker and Kumar were not wearing helmets at the time of the crash.

Kumar was taken to the hospital where she was pronounced dead, police say. Forker is said to be in critical condition.

Impairment is believed to be a factor in the crash.