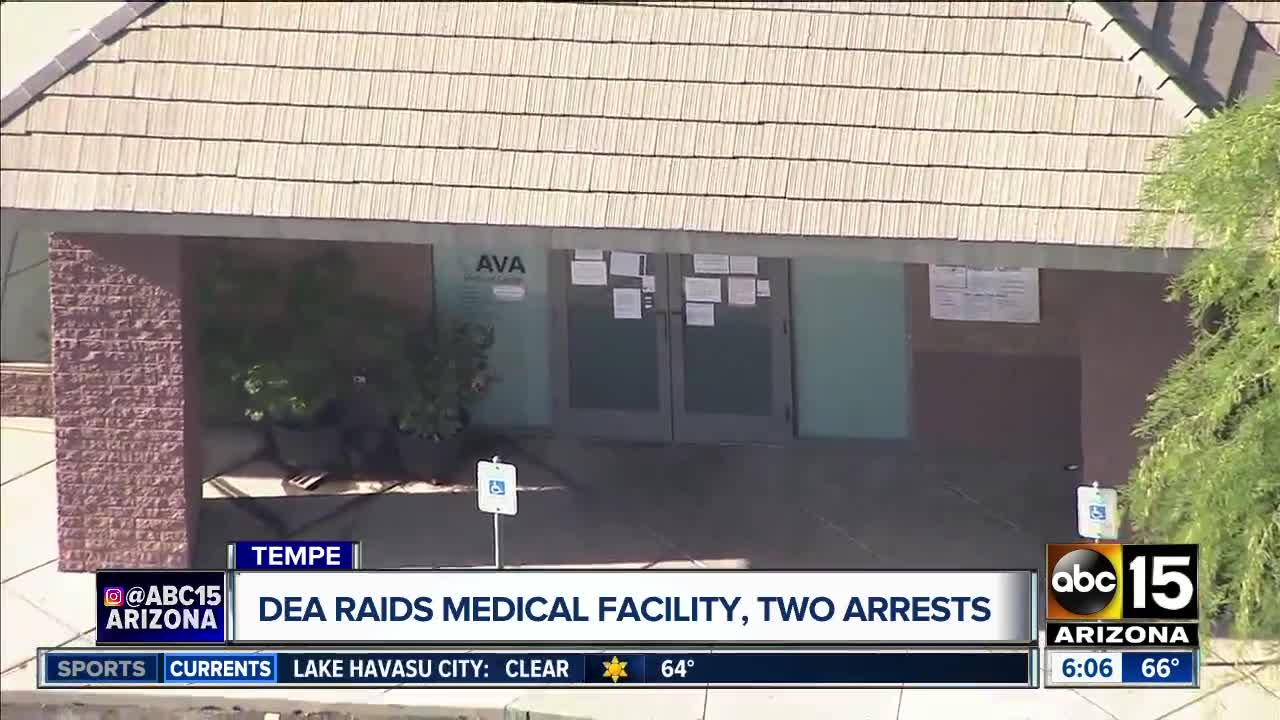 A DEA raid reportedly took place at a Tempe medical facility on Thursday. 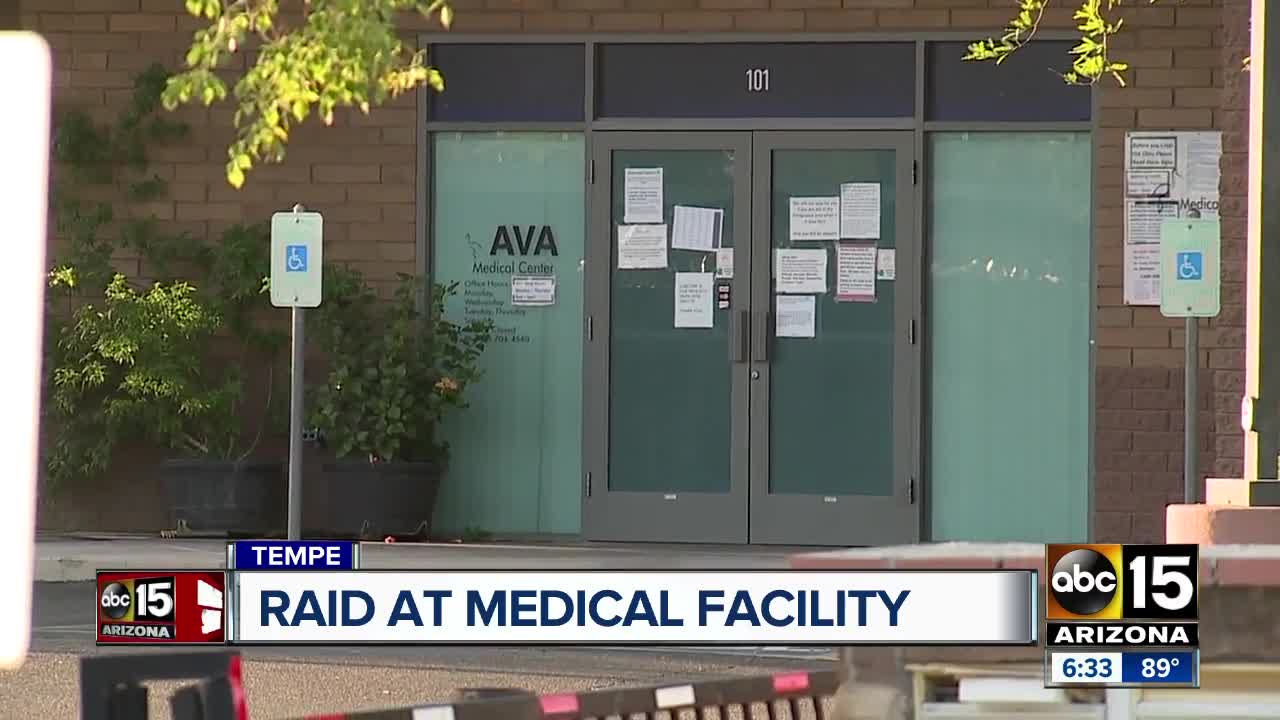 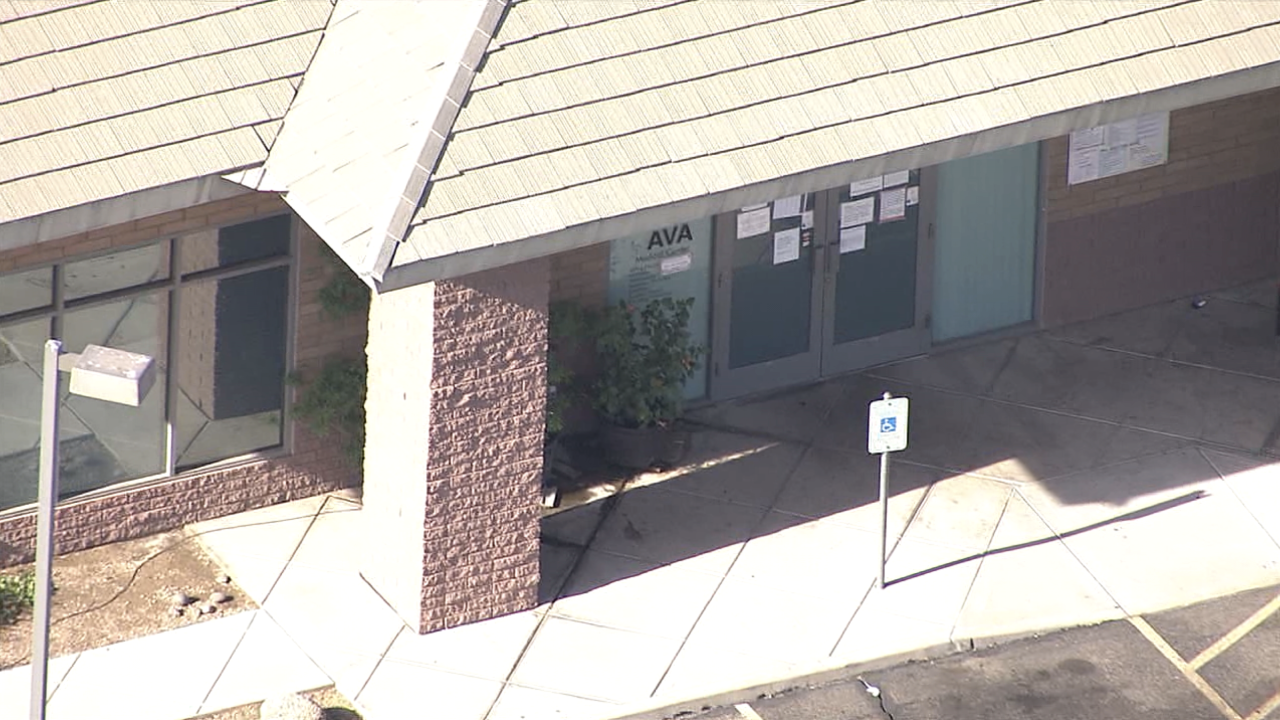 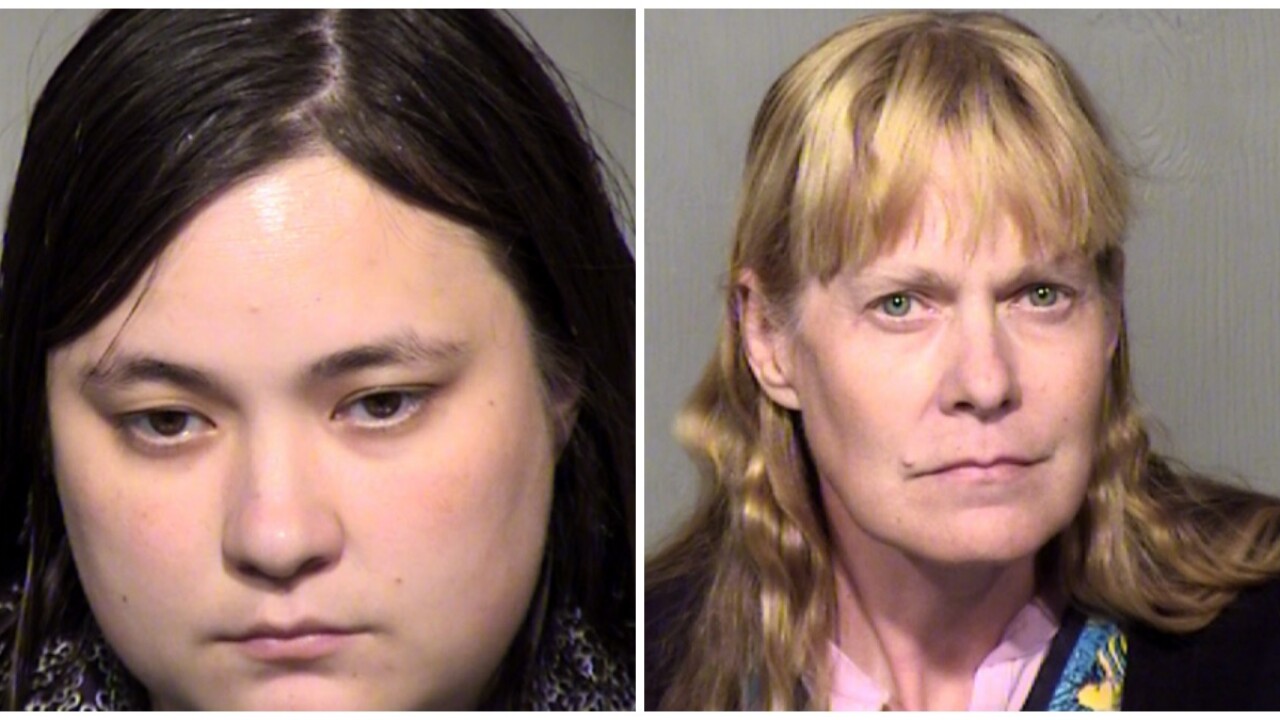 A spokesperson for the Drug Enforcement Agency's Phoenix office said two women were arrested at Ava Pain Management near the Loop 101 and Broadway Road.

The two are accused of over-prescribing controlled substances, including oxycodone and morphine.

"Medical doctors who abuse their prescribing privileges betray the communities they are supposed to protect, feed the opioid epidemic currently devastating the country and potentially destroy families," said Doug Coleman, Special Agent in Charge of DEA in Arizona. "The DEA and our law enforcement partners are committed to the identification of these rogue practitioners and bringing them to face justice in Arizona and throughout the nation."

The investigation began in 2017 when the company was under the name of White Cranes Medical Center. A search warrant was served in 2018, and Dr. Ip was ordered to stop prescribing controlled substances. At the time, an analysis revealed the clinic had prescribed 1.4 million dosage units of opioids in an 18-month period.

The business name was later changed to Ava Pain Management.

The two were arrested Thursday in connection to the investigation that began in 2016.