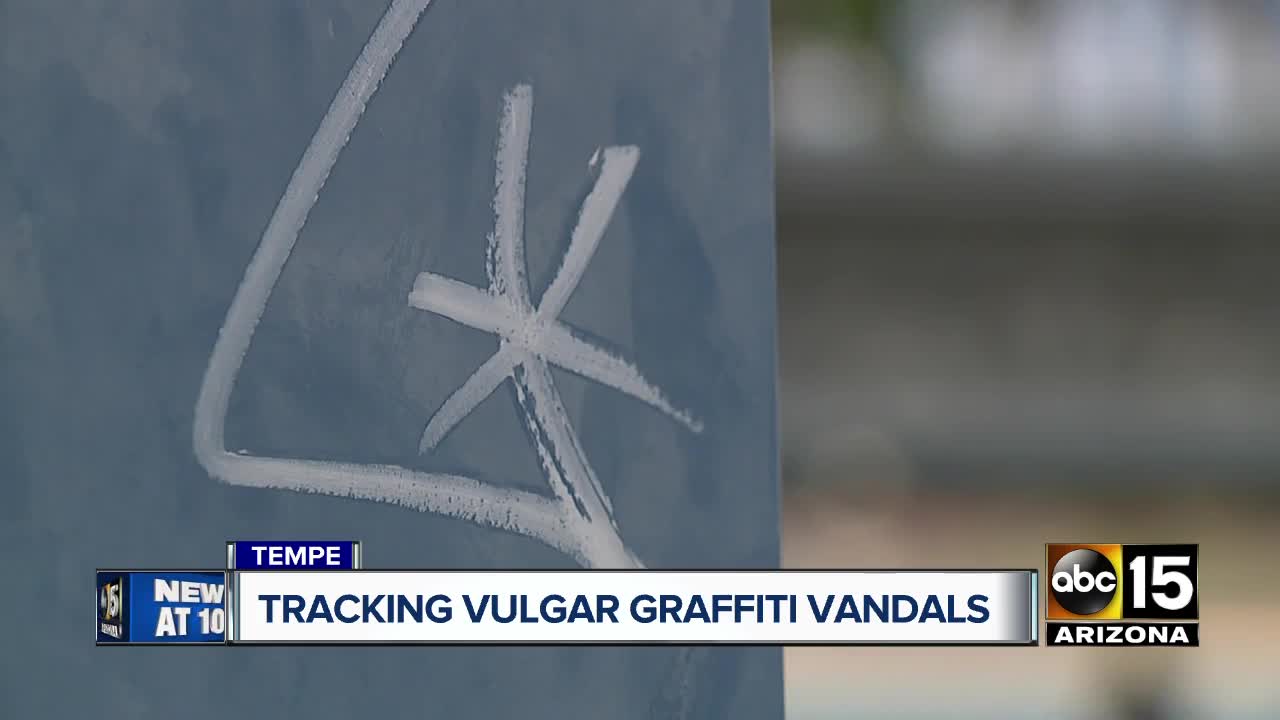 City of Tempe trying to track down unsanctioned art. 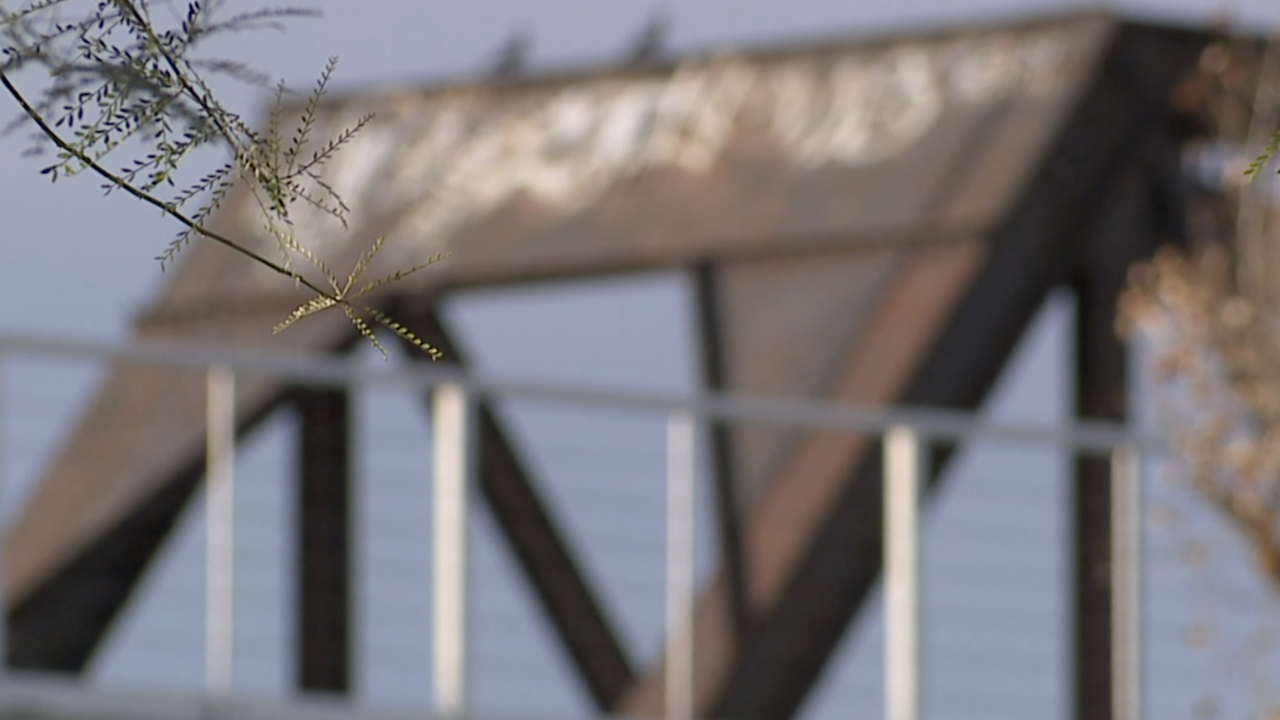 TEMPE, AZ — The New Year is a big night for fireworks and celebration, but the graffiti artists will also be out leaving their mark.

One person has been wreaking havoc all across Tempe, with some unique and unsanctioned tagging. The moniker is "Penis Man."

WARNING: The footage in the video above may be considered graphic by some viewers.

The City of Tempe has already discovered the phrase painted 38 times across the city, with no signs of slowing down.

"The goal is to get to it within 24 to 48 hours, but in many cases, we are removing that graffiti within two to three hours," said Chavira.

The group also documents every incident of graffiti they come across. In 2019 they cataloged 299,889 different graffiti in Tempe, some as small as a sticker and others serious and racist threats.

The "Penis Man" started showing up in late November, early December and has already become a top target after the prankster targeted traffic poles, city dumpsters, electricity boxes, and many other public locations.

"There's a lot of resources, time and material that's being utilized to be able to abate the graffiti. So I like to see this stopped," said Chavira.

Some think it is hilarious and champion the unnamed vandal online.

Others though think it needs to be stopped and is not only an eyesore but inappropriate.

"I don't remember which highway it was, but it was on the side of the road," said Emma Rens, who saw the slogan once.

Rens, a senior in high school, was not offended for herself though.

"I see my little siblings reading it," she said. "It’s more of a college kid thing. If you want to keep it in your area, that’s fine. But for families to come out to Tempe to walk around and enjoy it, it’s not appropriate for kids, in my opinion."

"There is a street art and then there's just being obnoxious, and I think that's what that guy's doing," said Julia Rinklin.

Chavira says the police department is aware of the tags, as well as many others, and constantly has their eyes peeled for the possible provocateur.

"It will obviously be some criminal charges. It could be as small as a misdemeanor or as large as a felony," he said.

His message for the person behind the P-man, "Please stop. Don’t do it anymore, because it’s making more work for us."