Tempe police searching for suspect in shooting, one person killed 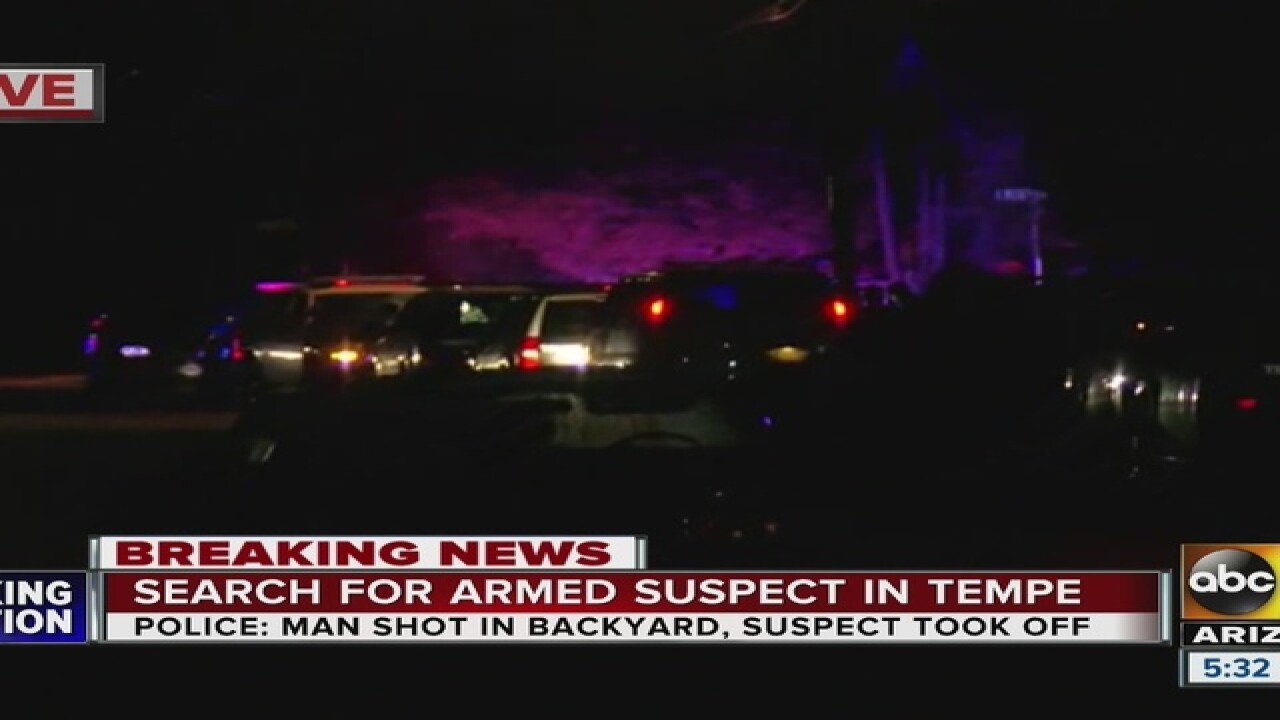 Police in Tempe are looking for a shooter near Baseline Road and Mill Avenue.

According to the Tempe Police Department, Ryne Zahner was shot in a backyard. He later died from his injuries, police said.

It's unknown how many other people, apart from a shooter and a victim, are involved in this situation.

Police were patrolling the neighborhood when they heard multiple shots fired. They found the house and located Zahner in the backyard. Police said there were several individuals inside the home at the time of the shooting, and witnesses told police the suspect ran off.

Neighbors tell ABC15 they could hear police say, "Come out with your hands up."

Police said the shooter is still at large as they investigate the incident and search the area. Neighbors are encouraged to stay indoors and call 911 if they see or hear anything suspicious.

A helicopter and a K9 unit were called out to help assist with the search for the shooter.

Further details are unavailable at the moment, stay with ABC15 for updates.