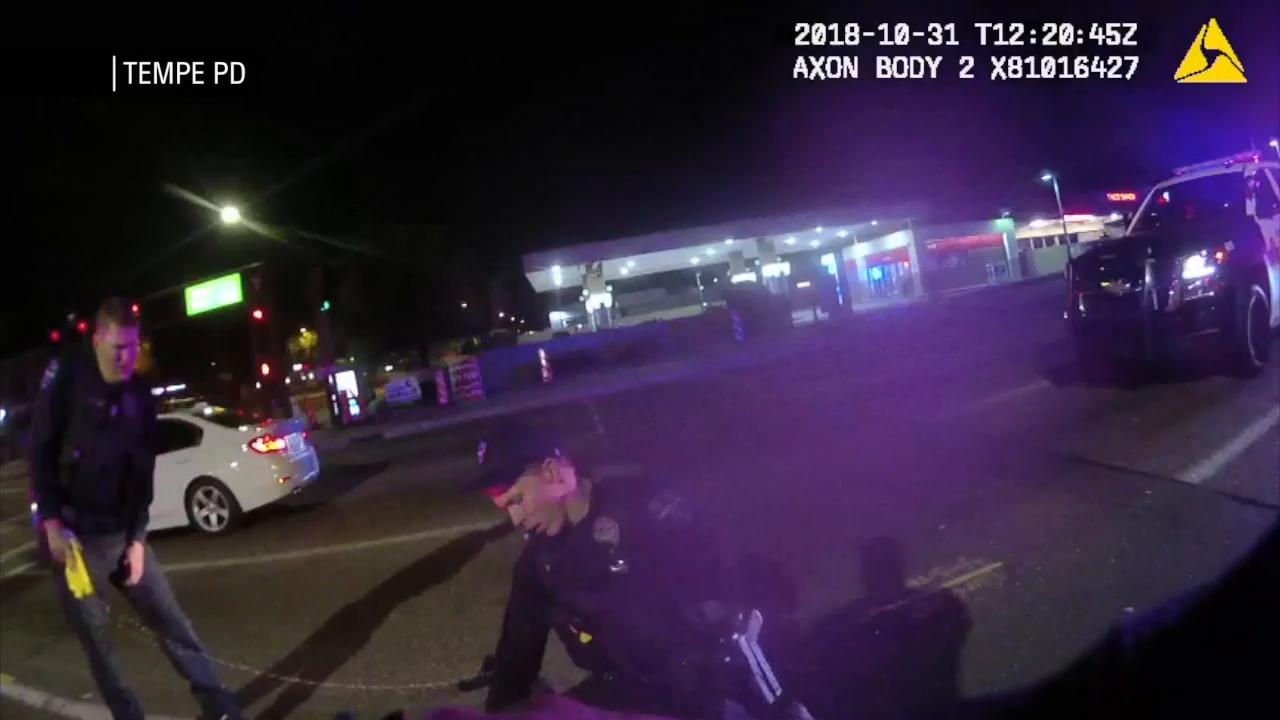 Tempe police release video in prior arrest of suspect in viral shoplifting incident. 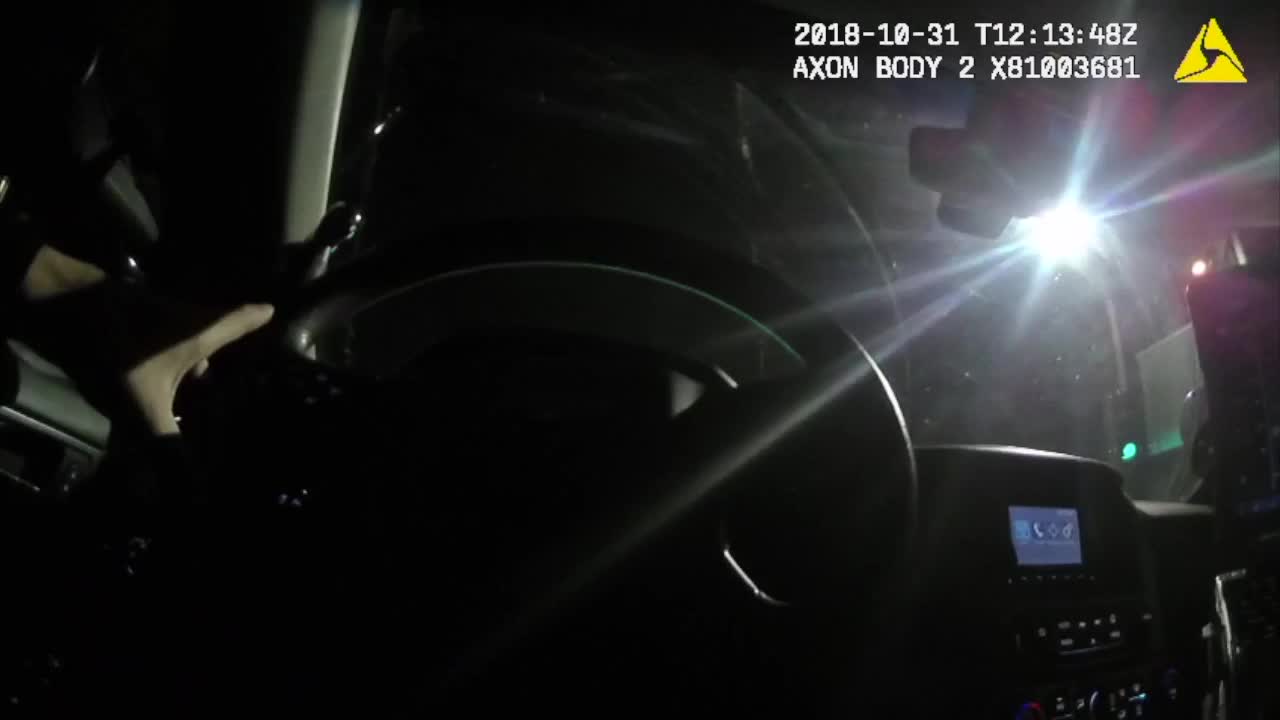 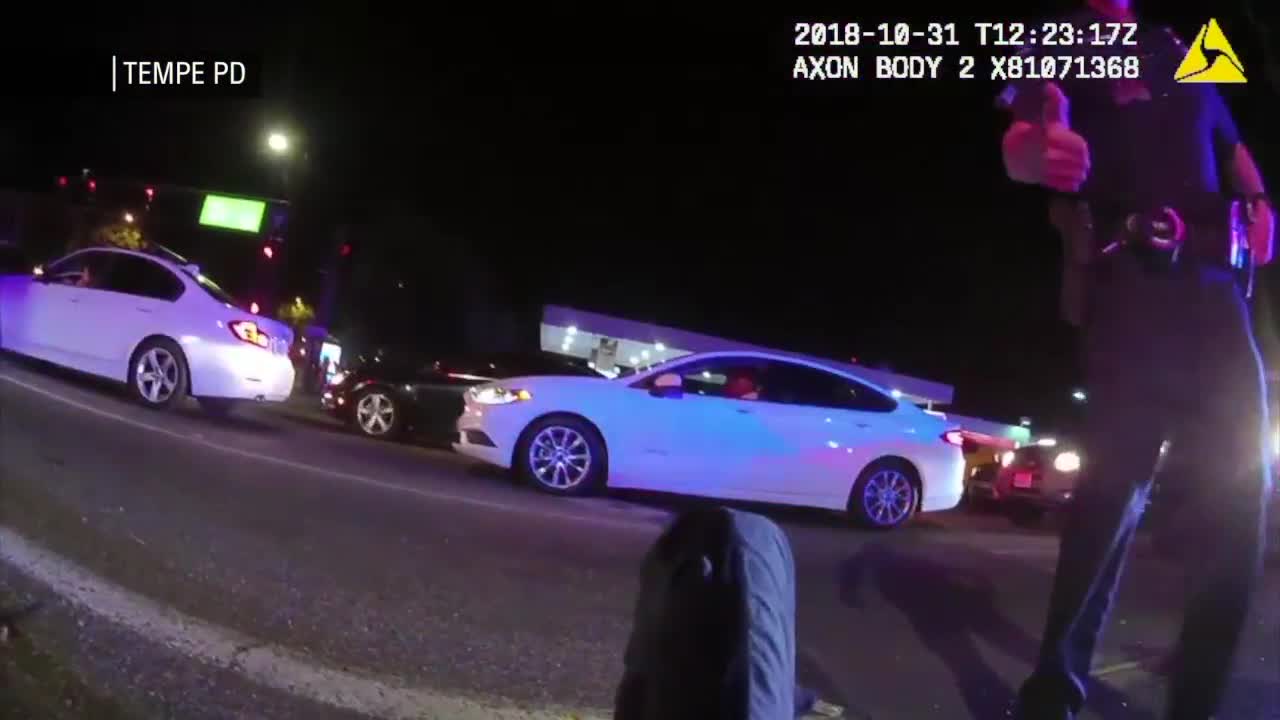 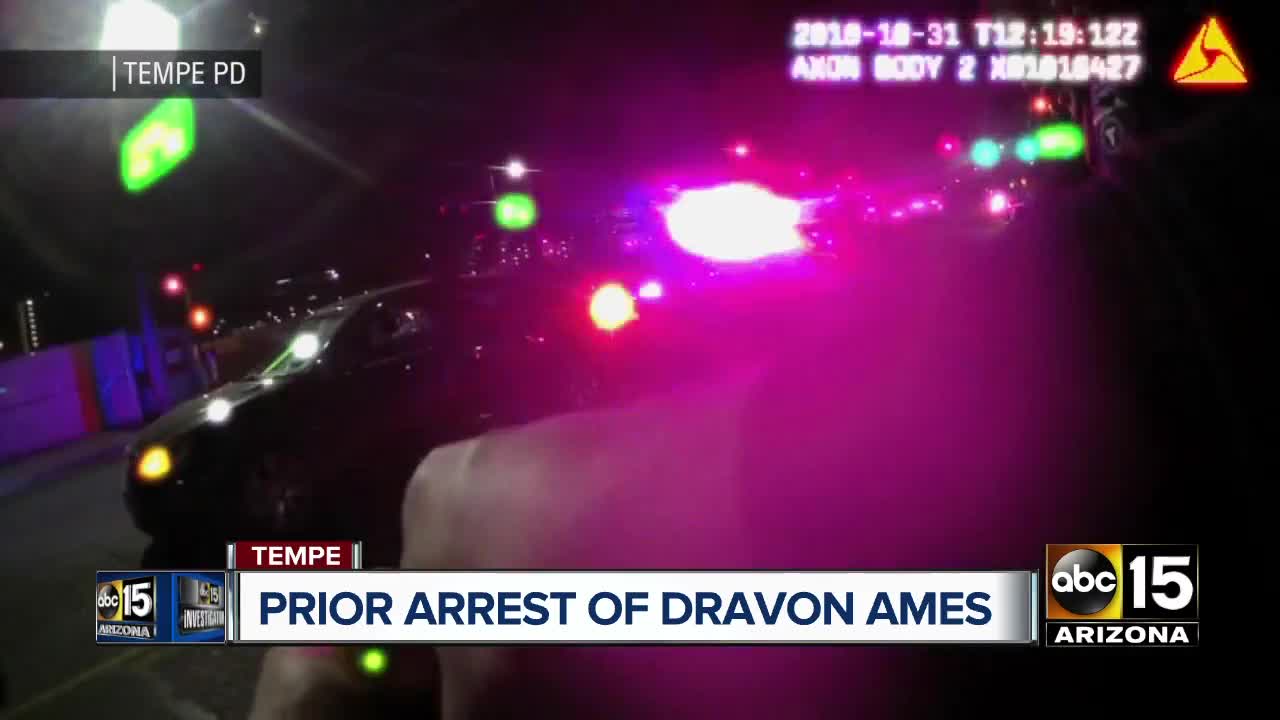 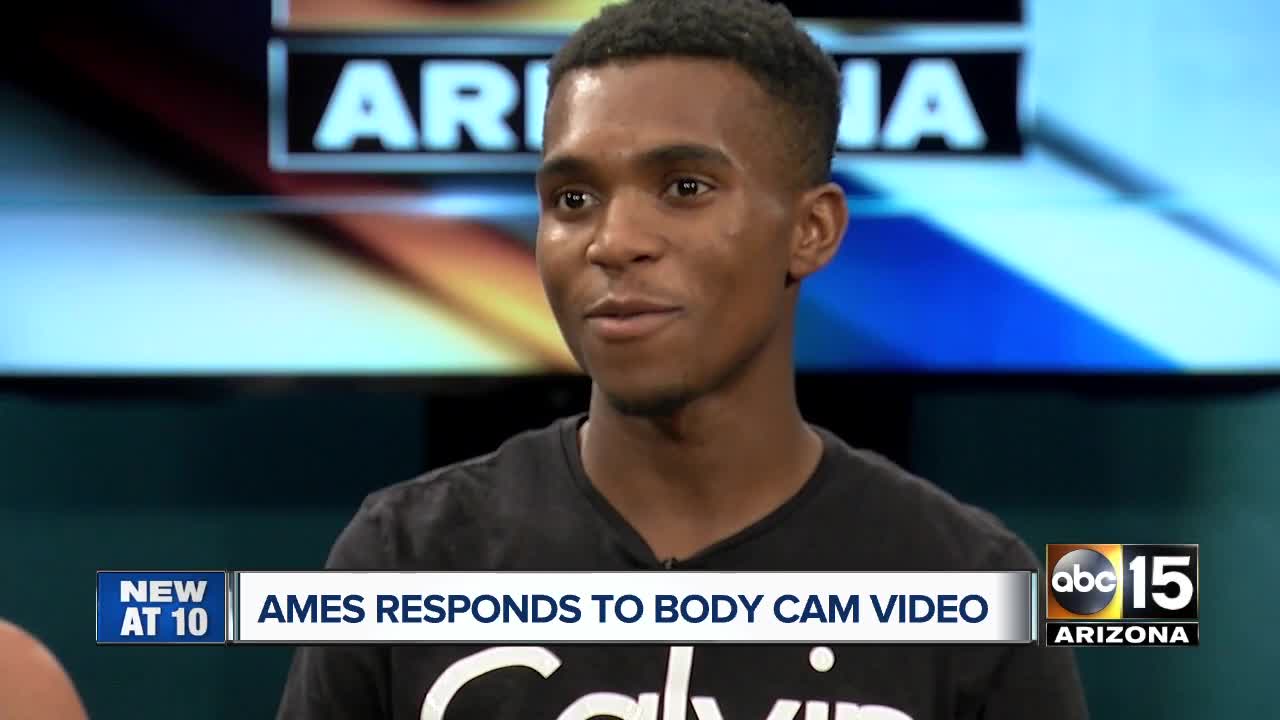 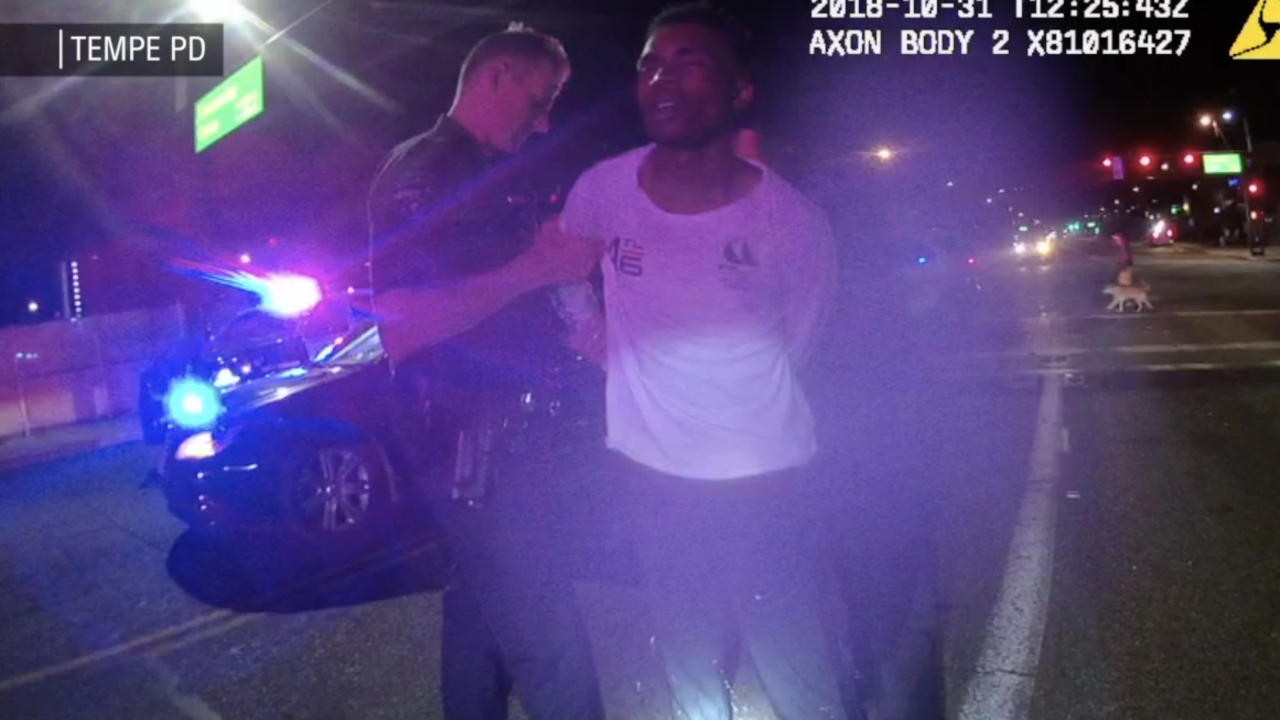 TEMPE, AZ — Tempe police on Wednesday released body camera footage showing an October 2018 encounter between their officers and a man later involved in a confrontation with Phoenix police that quickly went viral.

See Tempe police body camera footage in player above. *WARNING: The footage may be considered graphic by some viewers.*

Two Phoenix officers are under investigation and scrutiny worldwide after cell phone video showed them threatening violence, kicking and pointing a gun at 22-year-old Dravon Ames and his family.

ABC15 has reported extensively on the viral videos and use of force, along with Ames' encounter with Tempe police last year.

Ames is currently facing two charges of aggravated assault against an officer, stemming from the 2018 car accident on Halloween.

Officers say Ames was acting strangely, not answering questions. When they tried detaining Ames, officers said he tried to kick and punch them several times. One officer even wrote that Ames was reaching for his gun.

The report states the officers Tasered Ames twice in his back, and punched him three to five times in the face.

"The facts sound absolutely atrocious in that case," attorney Sandra Slaton said in June. Slaton is taking over the 2018 assault case from Ames' public defender, and is also helping represent him in the lawsuit against the City of Phoenix.

Last month, Slaton and fellow attorney Tom Horne offered their explanations of the charges. "He was abused, and they fabricated the charge to cover up the abuse," said Horne, a former Arizona Attorney General. He has pleaded not guilty to the assault charge.

"There is a concerted effort by law enforcement to try and assassinate the characters of our clients, the Ames-Harper family," he said in a statement. "The attempt to undermine their credible and fact based lawsuits against abusive and criminal police officers will not work."

Ames did plead guilty to driving under the influence of drugs. In the video from Tempe police, Ames can be heard admitting to doing drugs -- "dabbing," a marijuana hashish product.

As part of the statement, Horne and Rev. Jarrett Maupin, an activist who has become the spokesman for Ames and his family, released photos of Ames after his encounter with Tempe officers. The photos show cuts and scratches to his forehead, cheek, left shoulder and left wrist.

It's unknown if Phoenix police knew about the charges when they encountered Ames in May. The Phoenix officers were investigating a shoplifting report, and Ames was not arrested or charged in that case.

"What happened with Tempe police was an injustice and any video from that incident in no way, shape, or form justifies or validates the abusive and criminal acts of Phoenix police," Maupin said.

"They would've said that by now," said Horne.