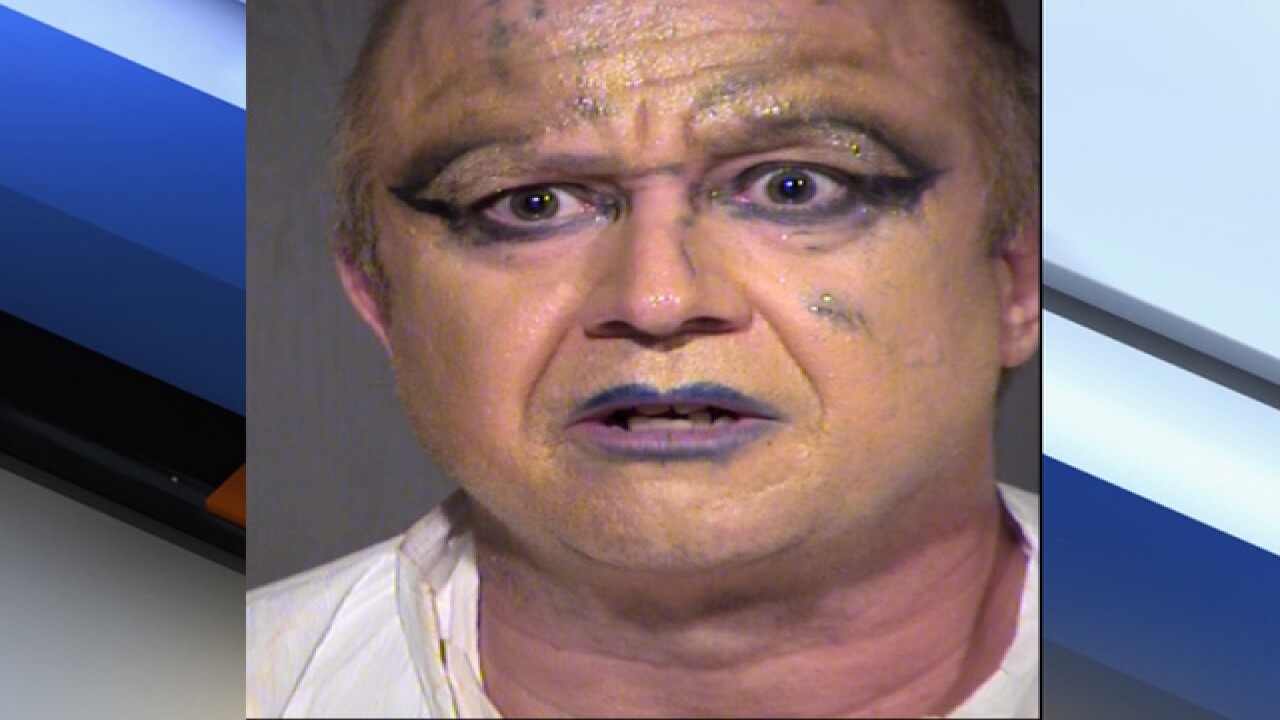 Tempe police arrested a 49-year-old man who was seen without clothing inside a Walmart store this week.

Police say on Tuesday, just before 10 p.m., they received a call about a naked man that was inside the store near Elliot Road and Priest Drive.

Police say Kanoff admitted to ingesting drugs earlier and said he was dropped off by two people who "thought it would be funny for him to be naked."

Kanoff reportedly admitted to walking into the Wal-Mart as well.

He was arrested on charges of public sexual indecency, indecent exposure, disorderly conduct, and possession of dangerous drugs.

ABC15 learned the man, according to court paperwork, has previously been charged for meth, but he had the case dismissed pending a drug program that he had just completed within the last few weeks.