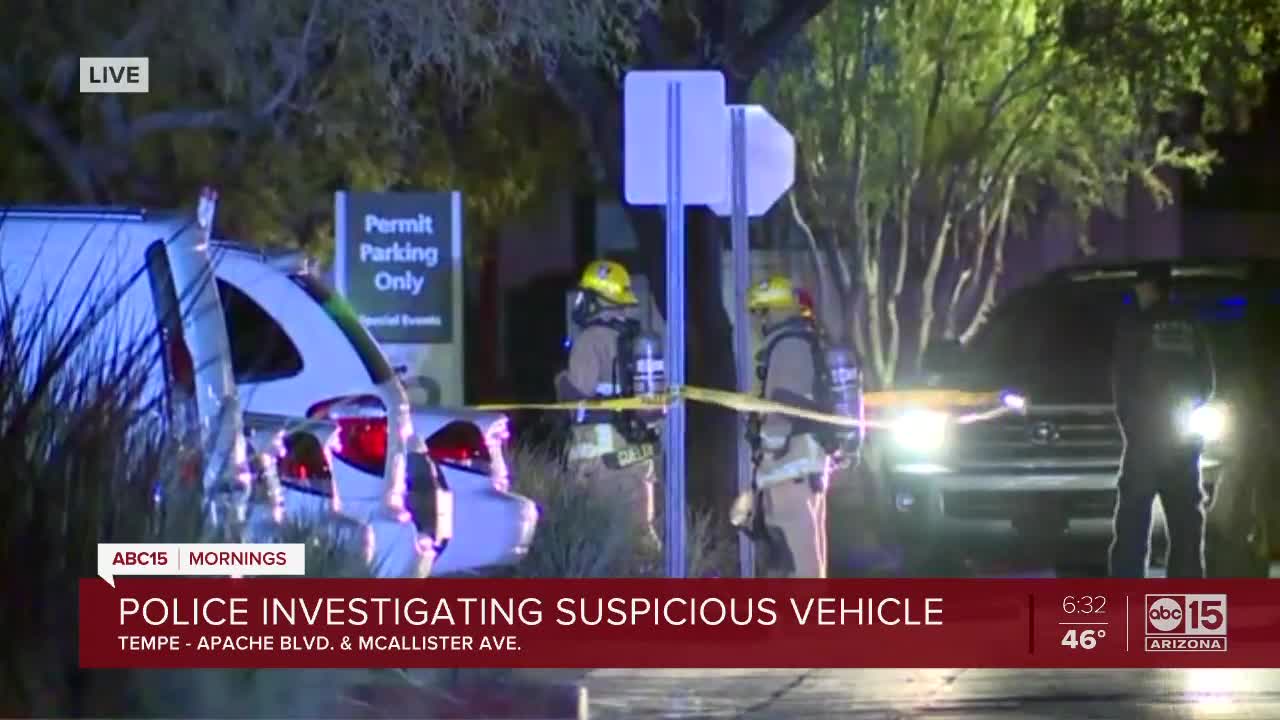 TEMPE — Police in Tempe have cleared the area where a suspicious vehicle was under investigation.

ASU police said officers were called to the area of Apache Boulevard and Rural Road, near the Vista Del Sol apartment complex around 1 a.m. for reports of a stolen vehicle.

When officers looked inside they saw devices that appeared suspicious and out of an abundance of caution they evacuated part of the area.

It was later determined the devices were from an ambulance supply company and used in the medical field and not dangerous.

Early this morning on 1/19/2020 our officers were alerted to a stolen vehicle near Vista Del Sol. When they looked inside they saw items deemed suspicious. Out of an abundance of caution we cleared the area and evacuated part of Vista Del Sol.