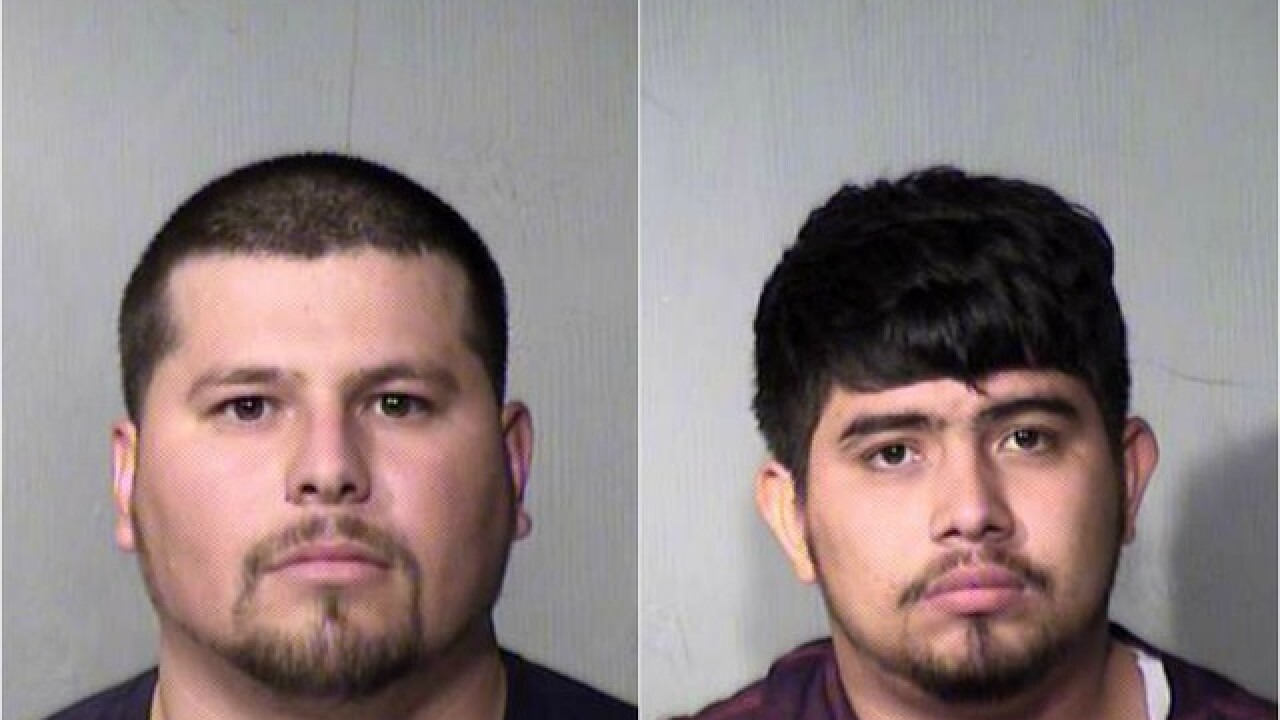 A leader and courier of a Phoenix-based meth and heroin network were caught after a raid in Glendale last week.

On September 11, police raided a home near 43rd Avenue and Camelback Road where they found 30 pounds of meth, ten rifles and three handguns.

They arrested 25-year-old Ivan Barraza Torres and 21-year-old Rafael Barraza Cabanilla, both of whom are in the U.S. illegally.

Investigators say that Torres is the leader of a drug network responsible for the sale of over 50 pounds of meth and over five pounds of heroin each month.

Torres allegedly told investigators that he has been selling drugs for the past six months and has been making $3,000 a week.

Cabanilla reportedly admitted to selling drugs for the past three months and making $1,000 per month.

Both have been charged with conspiracy, drug possession and illegally conducting an enterprise.