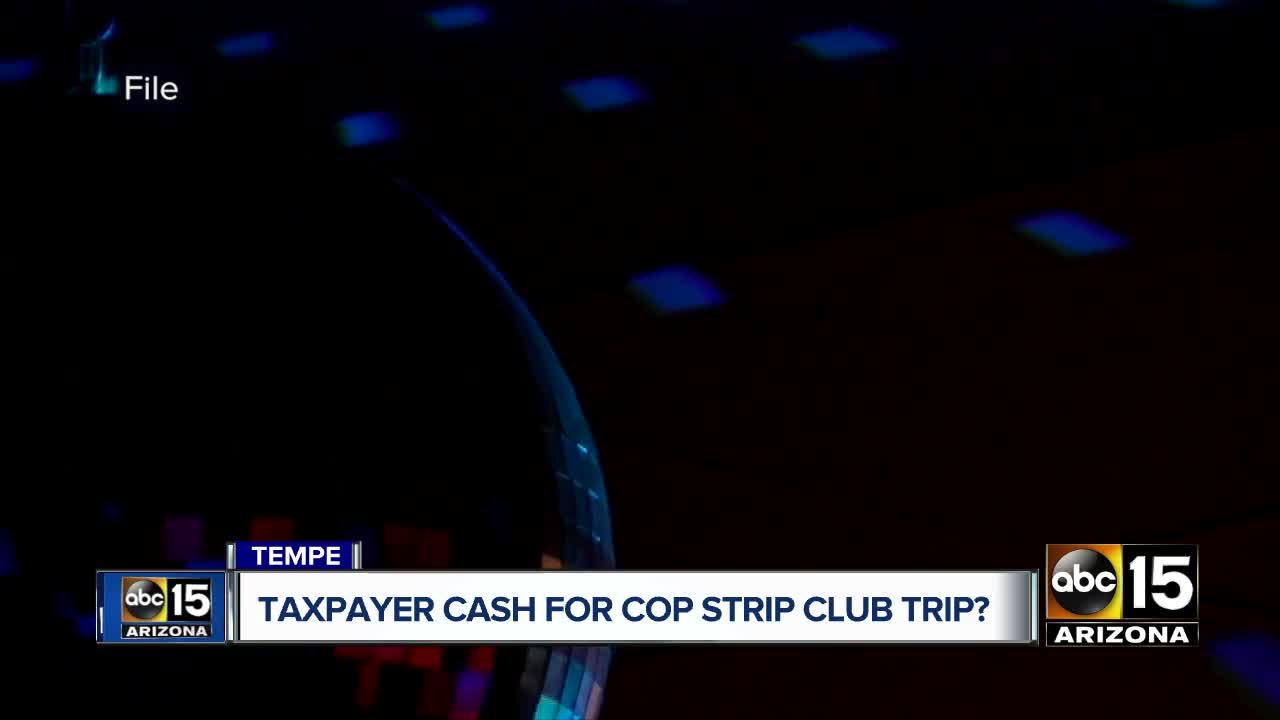 ABC15 has obtained a copy of a letter sent from the Tempe Police Chief to the City Manager and Tempe City Council recently. The letter addresses officer conduct during a recent work trip. While on the trip, several female officers allegedly visited a topless strip club during their off-hours. 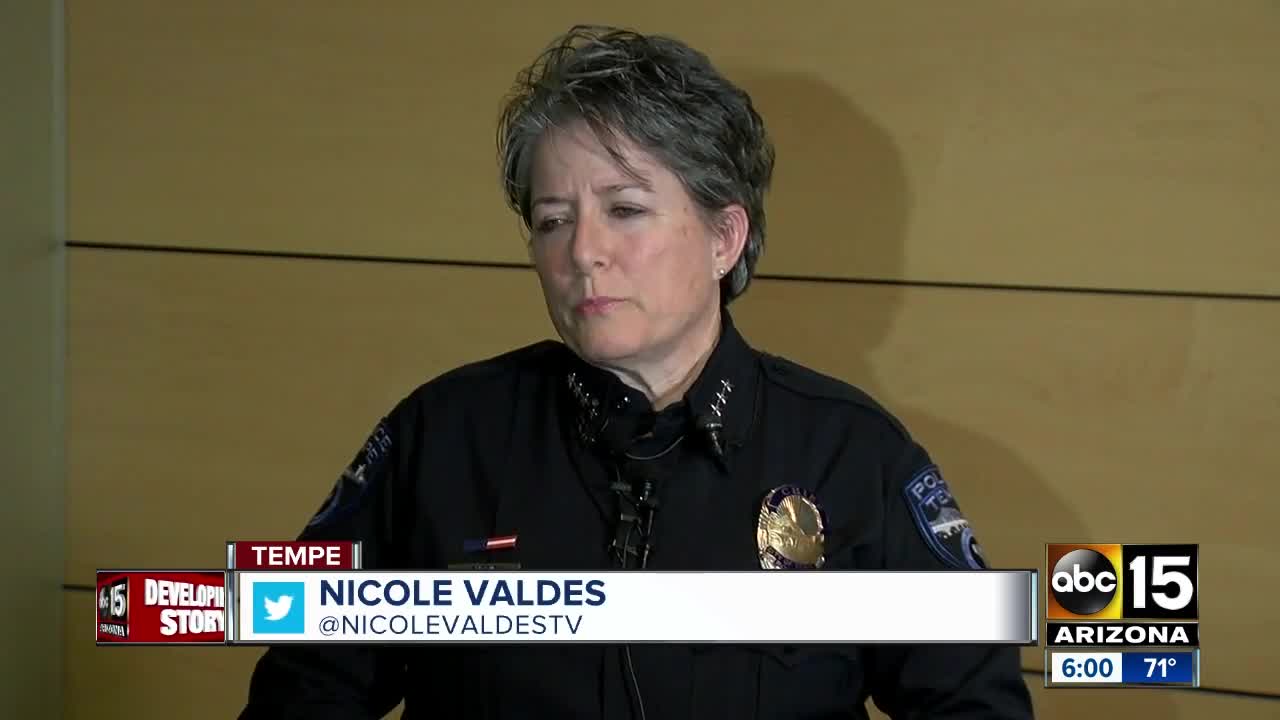 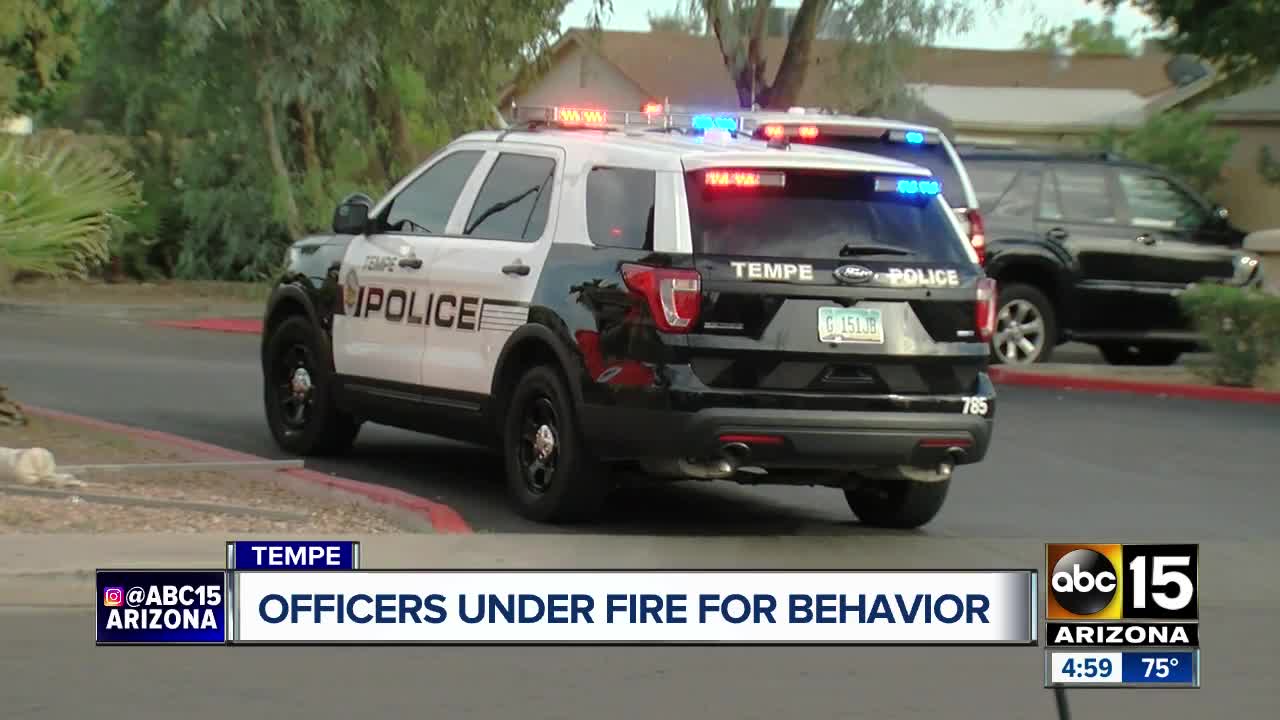 ABC15 has obtained a copy of a letter sent from the Tempe Police Chief to the City Manager and Tempe City Council recently.

The letter addresses officer conduct during a recent work trip. While on the trip, several female officers allegedly visited a topless strip club during their off-hours.

An anonymous letter was sent to several departments inside Tempe that questioned why the officers were at the establishment while on the work trip.

In the internal letter, Tempe Chief Sylvia Moir says a group of employees did go to the establishment and left after about 20 minutes because they felt it was inappropriate.

Chief Moir also spoke to media about the incident Thursday.

"City of Tempe employees made a decision as adults and the optics of their decisions reflect poorly on the city of Tempe,” said Chief Moir during an afternoon news conference. “Nothing has given rise to an internal investigation, nobody has claimed that there was anything illegal that occurred but we have an opportunity here and that opportunity is largely to reinforce how public employees are viewed.”

Chief Moir says while she doesn’t condone those types of establishments, what employees do outside of their work hours is up to their discretion if it is within the law and company policy.

“ The most important thing is that I trust that the folks when it came to light, one of the participants she called me and said they were there for like 20 minutes and that she was really really sorry. And I asked her did you do anything illegal? Did you do anything in violation of policy? And she said no. She said but I am totally embarrassed," Chief Moir said.

Chief Moir writes that according to company policy, a per diem is offered to employees while on work trips and it is up to their discretion what that money is spent on. It's unclear how much money, if any, was spent at the establishment.

Chief Moir also addressed apparent allegations of favoritism toward female officers made in the anonymous complaint with the following statement in the internal letter:

"I will never hide or apologize for my commitment to equal access and opportunity for all
employees, regardless of class, gender, classification, race or any other factor. Believing in this
principle does not equate to favoritism. Our organization promotes those who are most ready for
promotion and right for the job – period. This allegation is offensive and shows a gender bias
that I sincerely hope we can rid from our department specifically and the police profession
broadly."