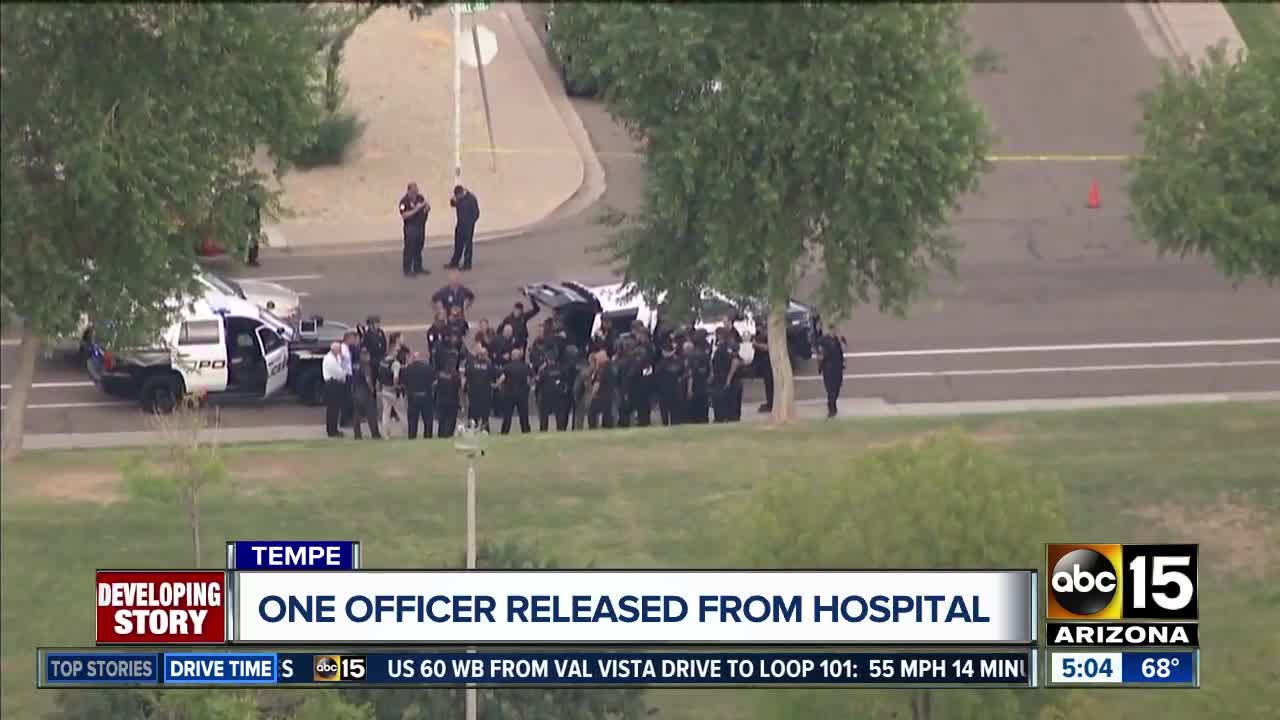 One of two injured troopers was released from the hospital after a shooting in Tempe. 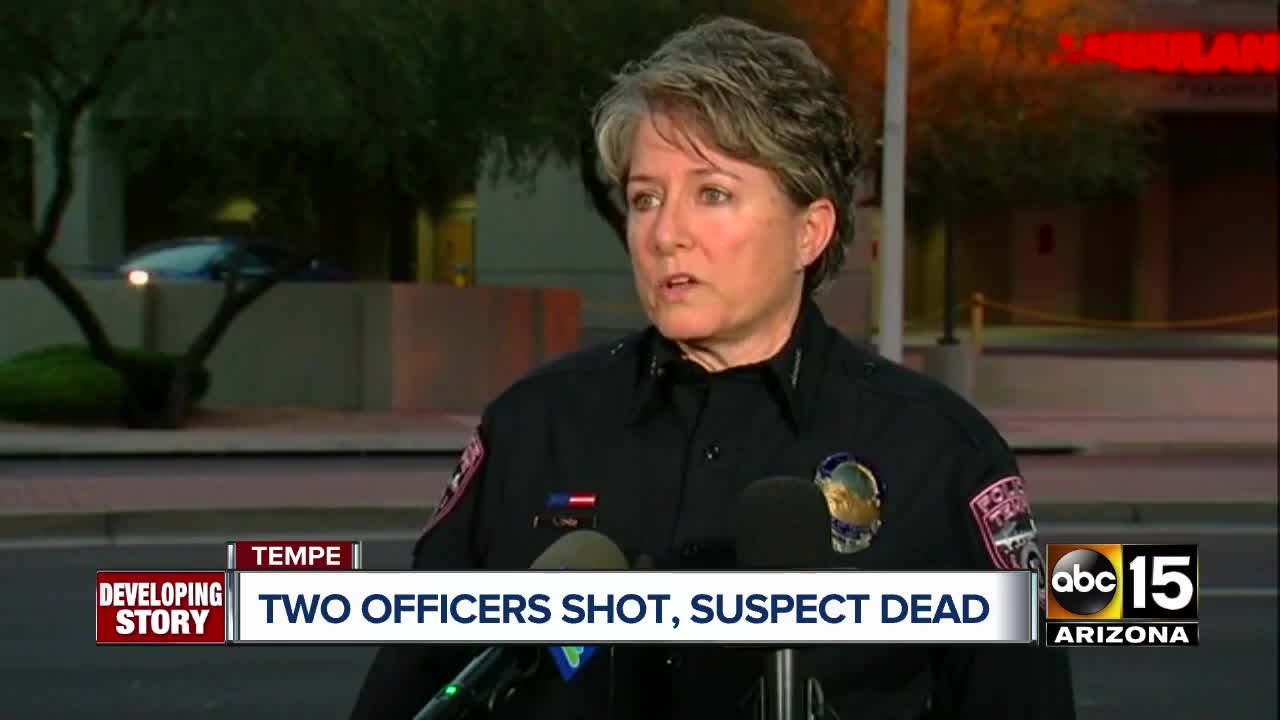 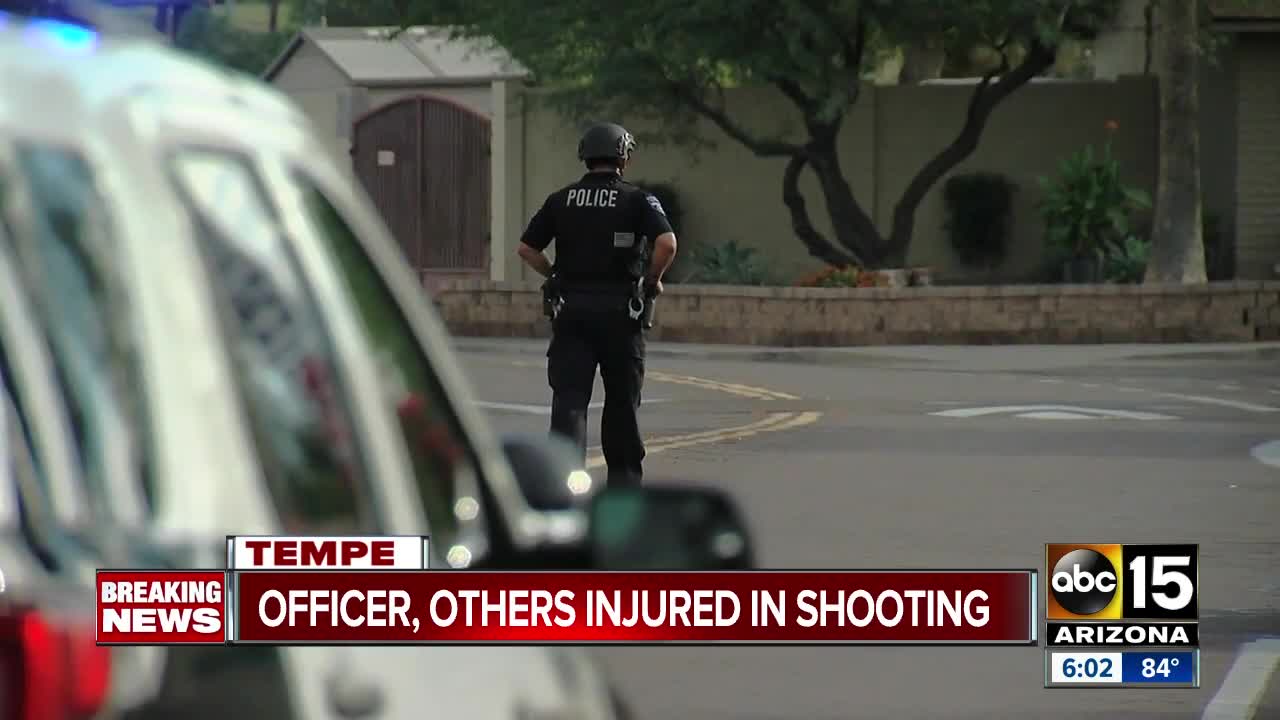 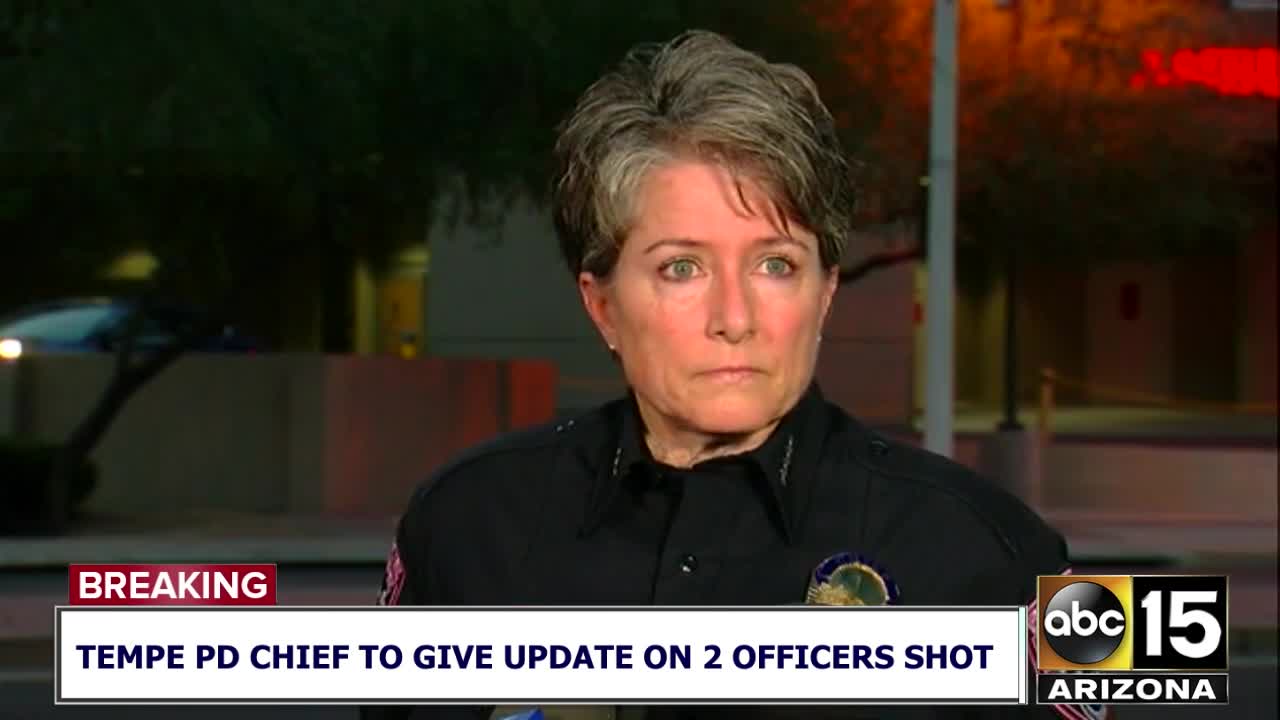 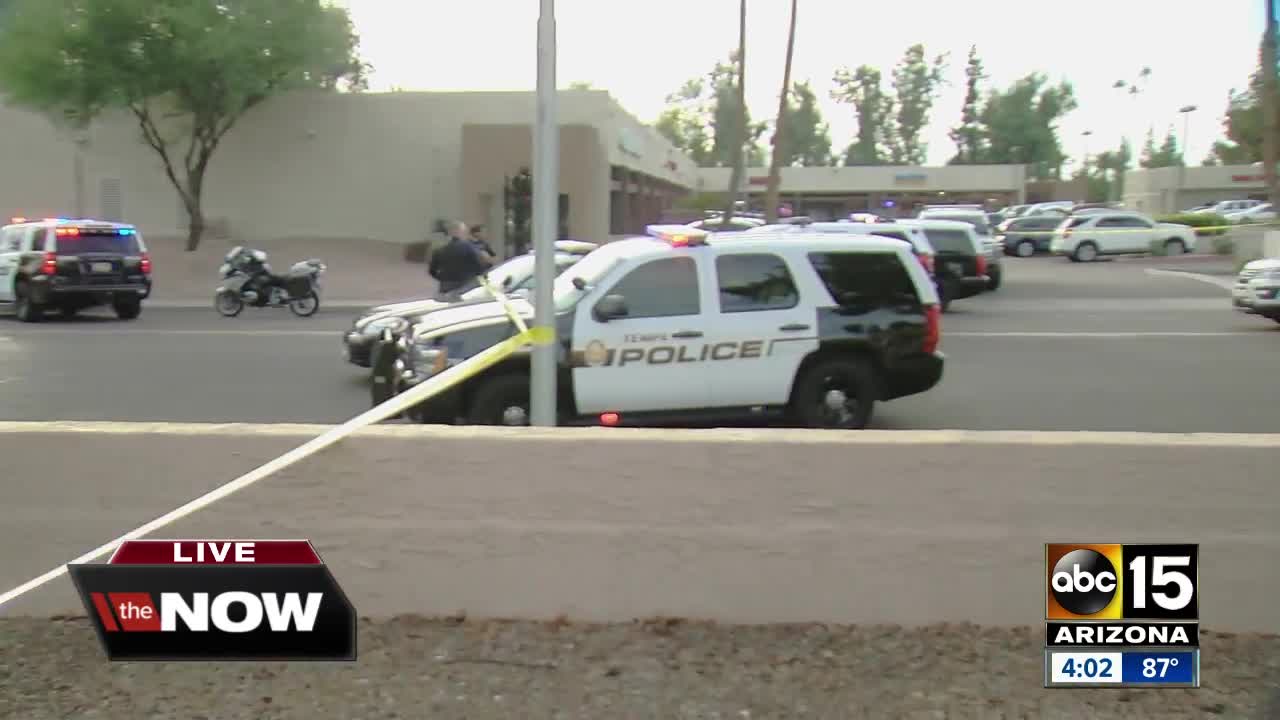 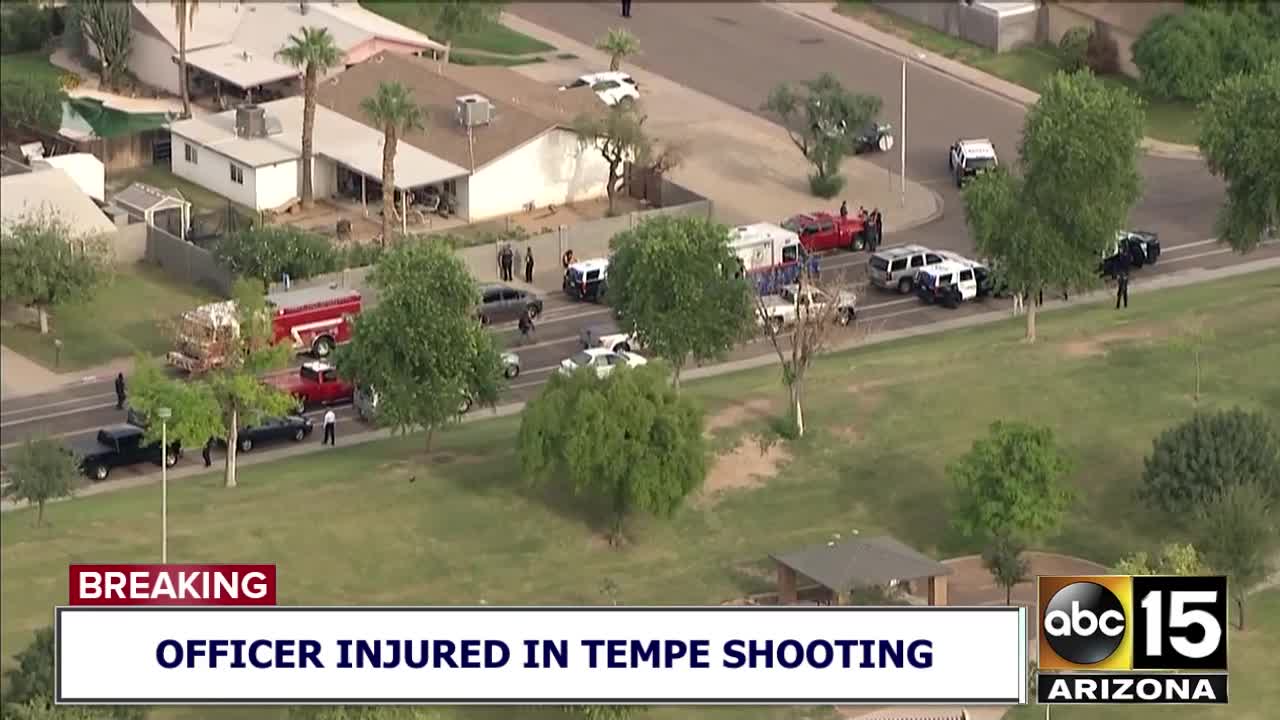 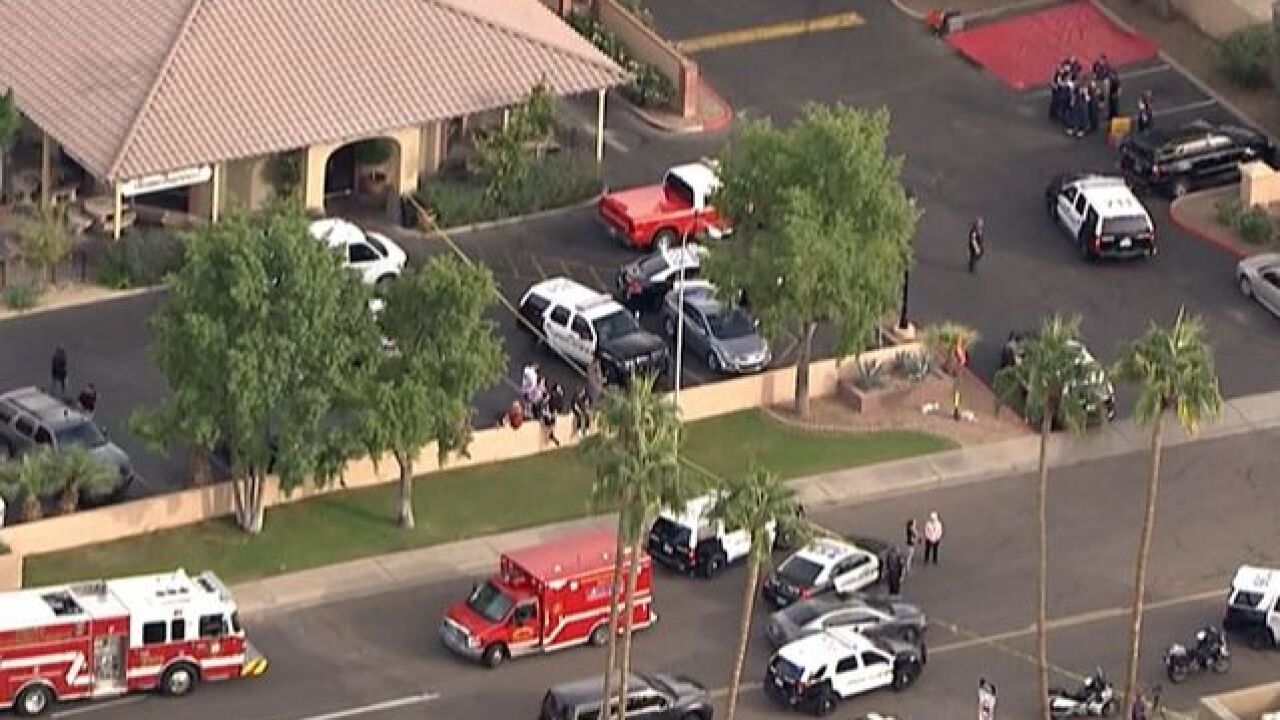 According to Tempe police, two officers were shot while trying to serve an order of protection against a domestic violence suspect near Mill Avenue and Baseline Road around 3 p.m.

The suspect reportedly fired shots at both officers, who were forced to retreat and return fire.

Both officers were taken to the hospital with non-life threatening injuries, according to police. In an evening update, police said one of the officers had been released from the hospital.

UPDATE: Great news! One of our officers involved in today’s shooting was released from the hospital and is resting at home. Our other officer involved is in good condition and still receiving treatment at the hospital. Thank you all for your kind sentiments! https://t.co/bwTo2ti20R

In an evening update from Tempe Police Chief Moir at the scene, the suspect was confirmed to be dead. The suspect has yet to be identified.

The shooting remains under investigation.

Two Tempe Police officers were responding to a domestic violence call when there was an exchange of gunfire with a suspect. Two female officers have non-life threatening injuries. #ABC15 pic.twitter.com/Bl7T09CT0V

ABC15 has a crew on scene and will provide additional information once further details are released.

This is the 69th officer-involved shooting reported in the Valley for 2018.