Suspect wanted after series of gropings on ASU Tempe campus 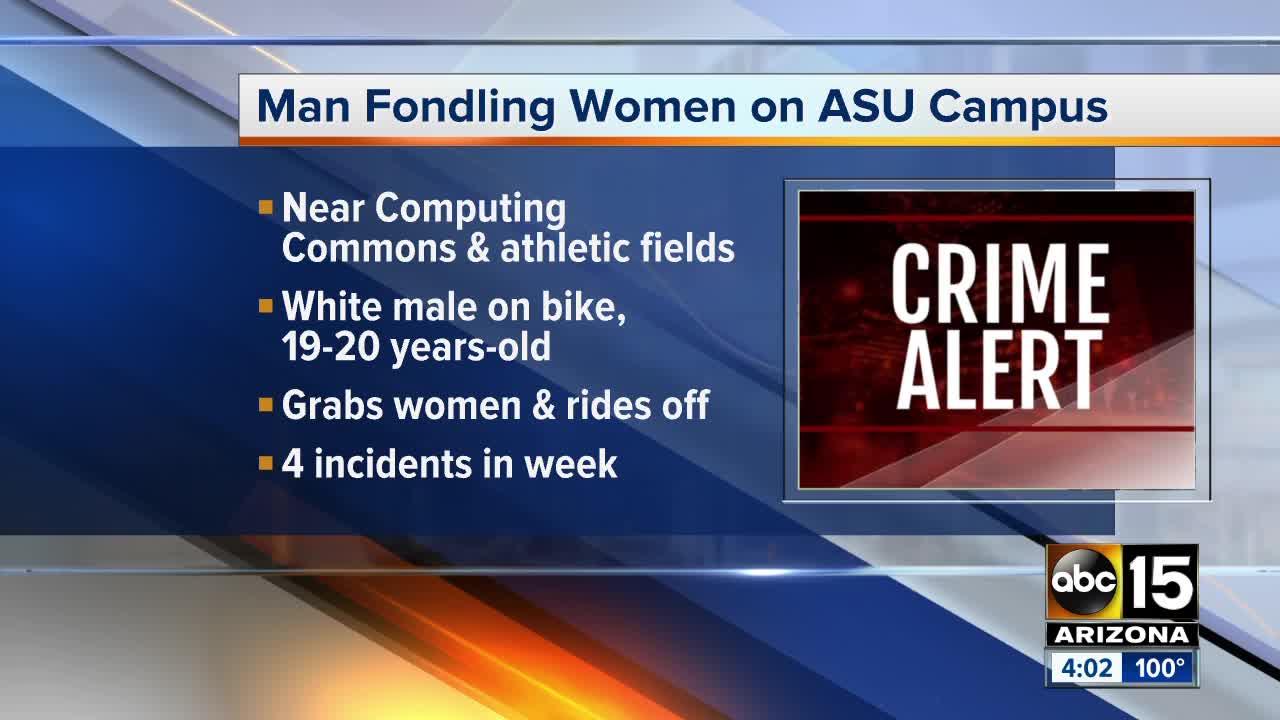 Arizona State University police are investigating a series of groping incidents in Tempe.

The first incident was reported on Friday, September 6, when police learned of someone who rode past a female student on a bike and grabbed her buttocks near the Computing Commons. About 30 minutes after that incident, police were made aware of a similar incident near the SDFC Athletic fields.

Police say they responded to the scenes, but were unable to locate a suspect. They believe the same person was involved in both incidents.

On Saturday, police were notified of two more groping instances on Friday night on the ASU campus.

Police say the suspect is described as a tan-skinned man between 19 and 20 years old with a thin build and medium to long hair. He was wearing sunglasses, a white t-shirt or hat, jeans and black backpack.

Anyone with information about the suspect or other incidents is asked to contact ASU police immediately.