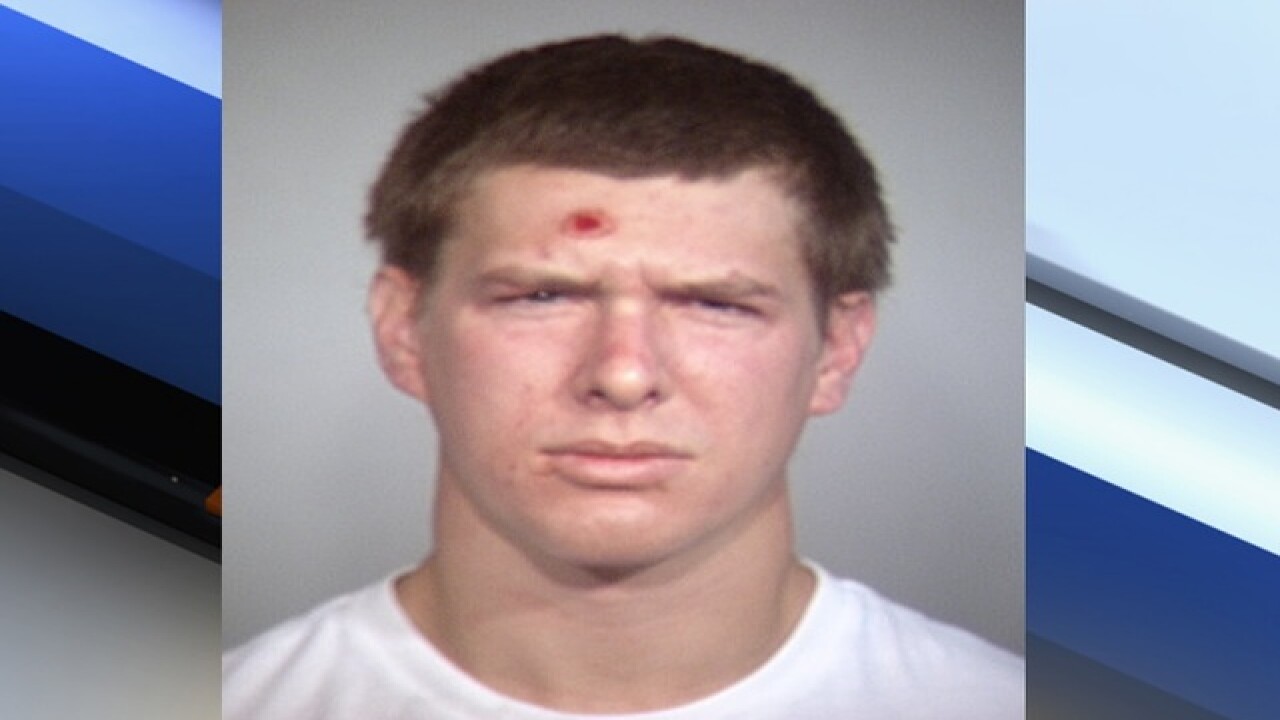 Law enforcement officers in Utah and Nevada separately stopped and released an Arizona homicide suspect before he was declared a wanted man.

Caleb Bartels, 27, was stopped on Sunday night in northern Arizona and again by Utah officials. On Monday, he was stopped by Nevada law enforcement.

Trooper Kameron Lee with the Arizona Department of Public Safety said, "We're weary of every traffic stop; until it's proven otherwise."

However, the proof was in the paperwork. The problem was — it hadn't been filed yet.

"In the case of Mr. Bartels, he wasn't entered in the database yet because the investigation hadn't gotten to that point," Lee said.

All three incidents took place before a nationwide warrant was issued for his arrest, authorities say.

The warrant says Bartels is wanted for the killing early Sunday morning of Ryne Zahner, a teacher a Mesa High School who was shot in his home's backyard.

Police believe Bartels and Zahner were friends and former roommates who had a falling out.

Before that warrant was issued, the Arizona Department of Public Safety stopped Bartels around 5:30 p.m. in northern Arizona, just 13 hours after the shooting.

The Utah Highway Patrol stopped him again around 10 p.m., where a trooper found an AR-15, a pistol and fully-loaded magazine in the vehicle. There was no warrant issued for Bartels' arrest and the trooper had no indication he was prohibited from possessing a firearm. He was let go.

The next day, about an hour before a warrant was sent to law enforcement nationwide, the Nevada Highway Patrol stopped Bartels in West Wendover, Nevada, for a headlight violation. Records indicate no action was taken and Bartels was allowed to proceed.

"All the people that we stop and come into contact with we run through the database, Lee said. "And if they are wanted at that point, that's when it will come up."

Law enforcement officials are still searching for Bartels, who they believe may have fled to Sacramento, California; Reno, Nevada, or Beaverton, Oregon. He is considered armed and dangerous.

DPS released the following statement to ABC15 on Thursday afternoon: "At the time (of the stop), our trooper had no way of knowing that Bartels or the vehicle were connected to a crime. What this stop does show is the danger that our troopers, and every officer faces during traffic stops every day and the unknowns when a trooper pulls a car over."