Social media, friends, and memes: How Valley teens get the news and how they check their facts 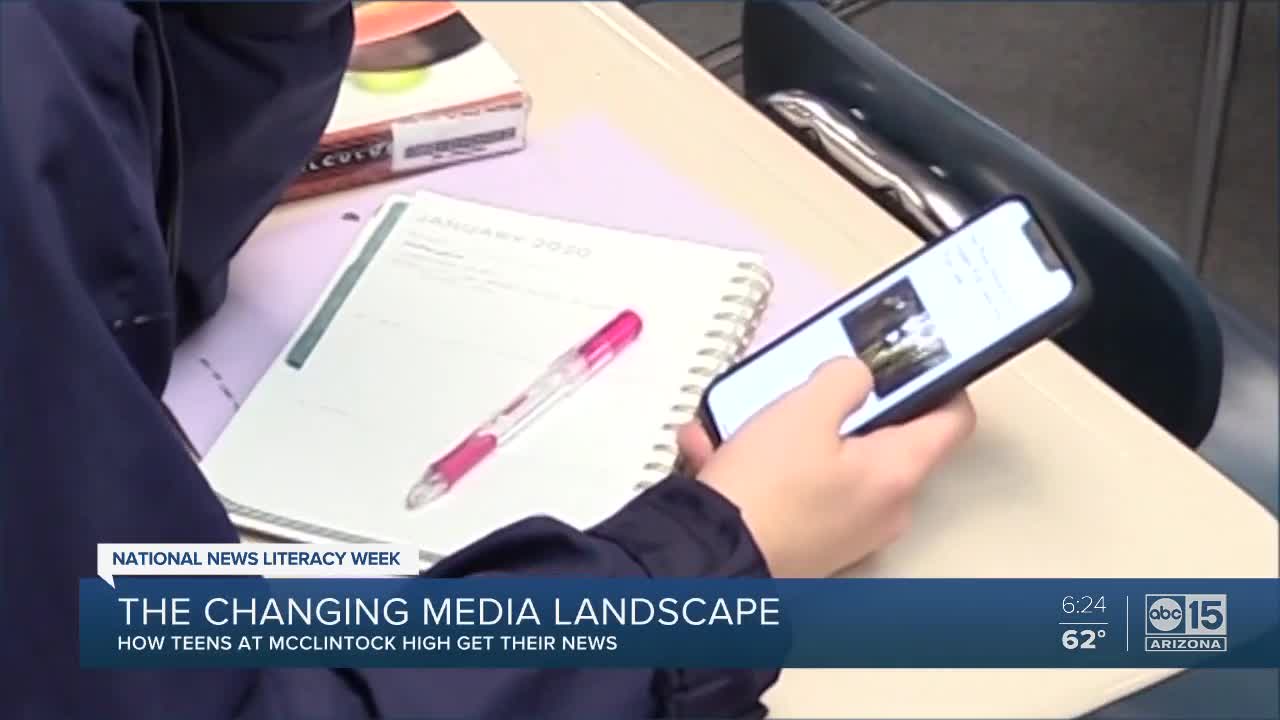 For National News Literacy Week, ABC15 teamed up with multimedia students at McClintock High School to create a project that highlights how younger generations find, interpret, and verify the news. 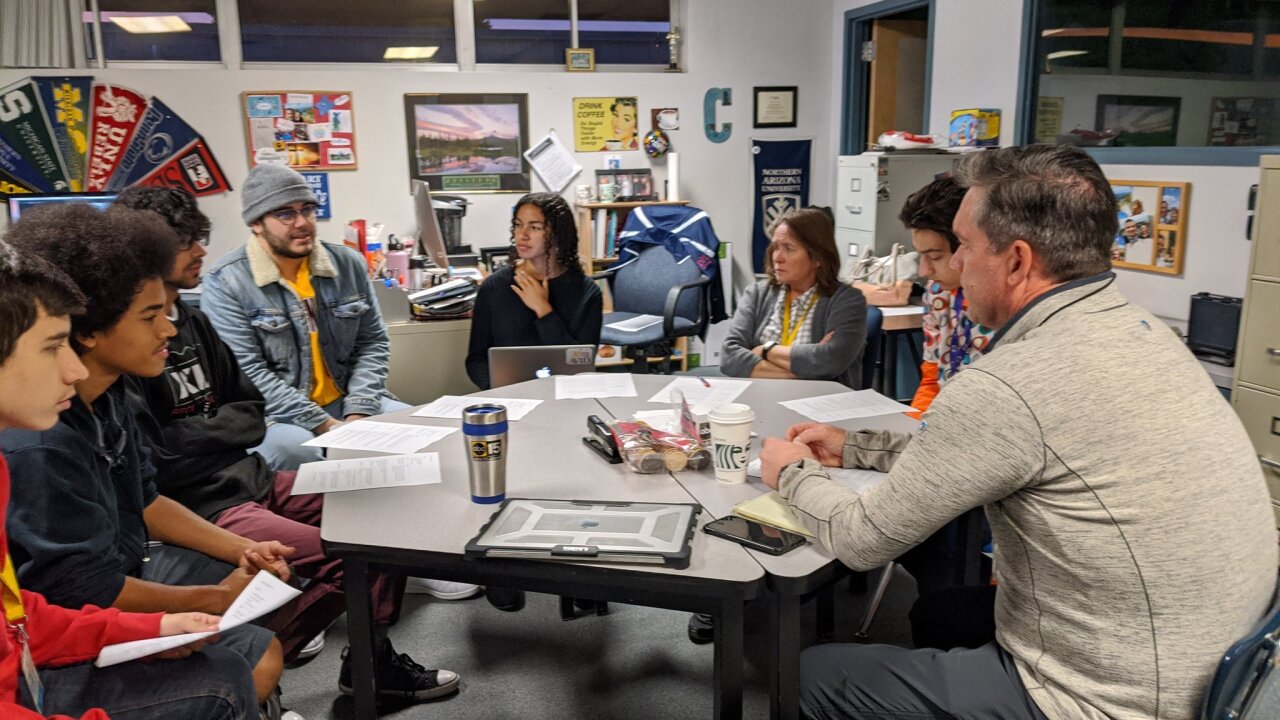 TEMPE, AZ — For National News Literacy Week, ABC15 teamed up with multimedia students at McClintock High School to create a project that highlights how younger generations find, interpret, and verify the news.

Below is a story produced by the students on their investigation:

High schoolers regularly use their phones to connect with friends, but it turns out that social media is also a useful tool to hear about news and events.

A cross-section of students at McClintock High School were surveyed about how they discovered the recent news about escalating issues between the U.S. and Iran.

“I think I first heard about it on social media, pretty sure it was Twitter. It was actually mainly through memes that I found out about the whole thing, and then I took my own time to look into it to what actually happened,” senior Ryan Emerson said.

After Quassem Soleimani was murdered by a United States drone strike, news broke out about war with Iran that twisted into a World War III trend on Twitter. This trend soon turned into memes that were spread across most media platforms.

This is where junior Gabriel Henderson first learned about the news event.

“At first it was memes and I thought it was a joke, and then I saw what happened and I saw like ‘Oh, this is really scary.’”

While students primarily get their news from social media, they realize that they are not getting the full story.

“I never get all my details and information from Instagram, Snapchat or Twitter. It’s a meme. How much information can you really take from that?” senior Emily Mueller said.

After students first learn the information, whether from actual news sources or memes, they tend to do more research after.

Senior Sachi Sengupta explained, “I did further research because it’s affecting the current status quo and probably will affect future generations as well.”

Senior Jeffrey Teadt said that he has learned a lot about how to discern the truth through his teachers.

“Definitely taking AP Gov this year taught me to, because there’s a lot of conflicting news reports and a lot of opinions, to follow up on it with a different platform,” Teadt said.

Teadt is also a student committed to joining the military next year, so this story particularly impacts him.

“It kind of, it was a shock to me. Due to the increased tension, I might actually go to war. Hopefully everything kind of cools down,” Teadt said.

“Young people have learned how to navigate a very confusing information landscape really on their own,” said Kristy Roschke, Managing Director of the News collab at the Walter Cronkite School of Journalism at Arizona State University.

“A lot of it actually isn’t news that’s relevant to the world as a whole because it is so algorithmic and it is based on things I’ve been searching. So I get a lot of articles about what new cars are gonna be coming out,” John-David Johnson said. “It keeps me satisfied because it knows what I want to read, but at the same time, I’m also not getting the information that’s out there. Like some of the important information that might be affecting me.”

The internet consists of many codes of algorithms that control what appears on our phones.

“Well I think the biggest danger is that in social media, you’re kind of in a place where the original source is obscured. The source becomes Instagram or Facebook or Twitter, when really they’re not sources, they’re distribution methods,” said Roschke.

“A lot of times we assign a lot of credibility to friends and family, because we trust them, but having a close personal relationship with someone isn’t the same as being a trustworthy source,” Roschke said.

When asked if she did more research, Kate Randall, a freshman at McClintock said, “Sometimes I’ll just search things up on Google. If a headline gets my attention, then I’ll read further.”

Roschke explained that doing more research is necessary to find if news is factual or not.

“I think stopping and taking a second to determine whether or not what you’re reading or seeing seems right, and then cross-checking it. Thirty seconds worth of research to cross-check something, in most cases, can give you a pretty simple answer,” Roschke added.

Roschke concluded that visiting fact-checking websites, like Snopes, is also a valuable step in determining the accuracy of news.

As many high school seniors will be voting in the next election, these news literacy skills are more important than ever.