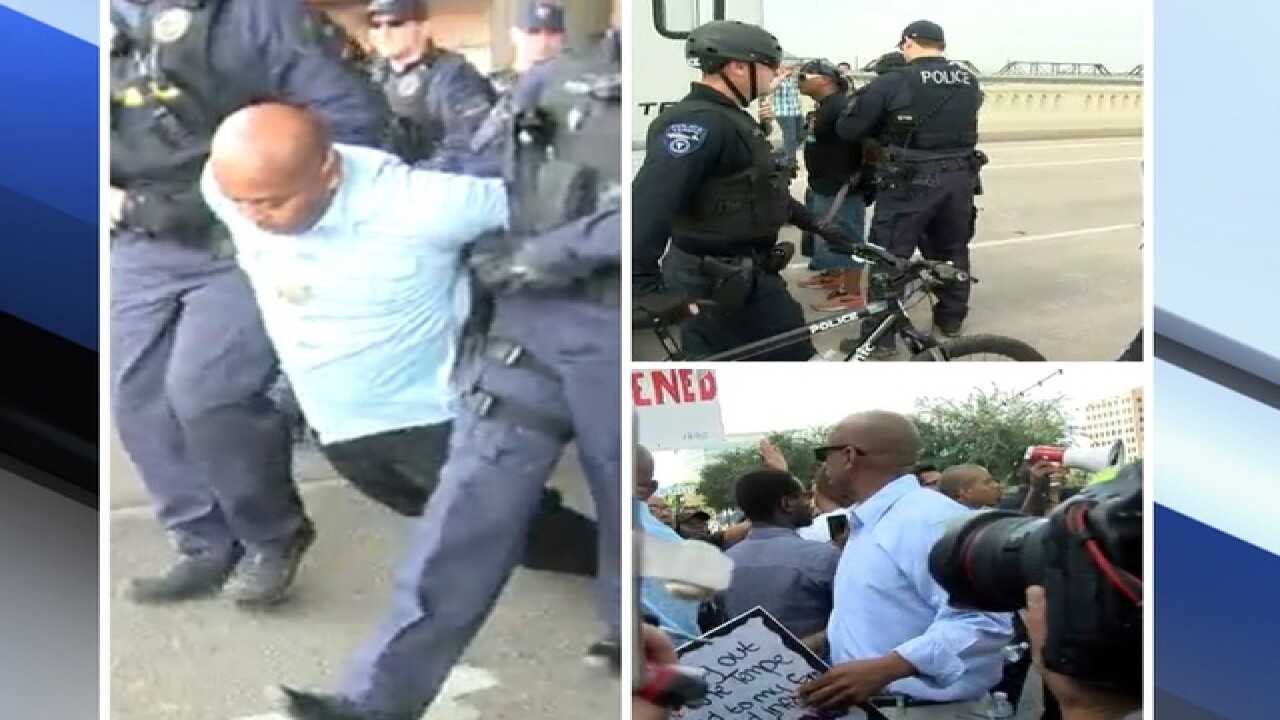 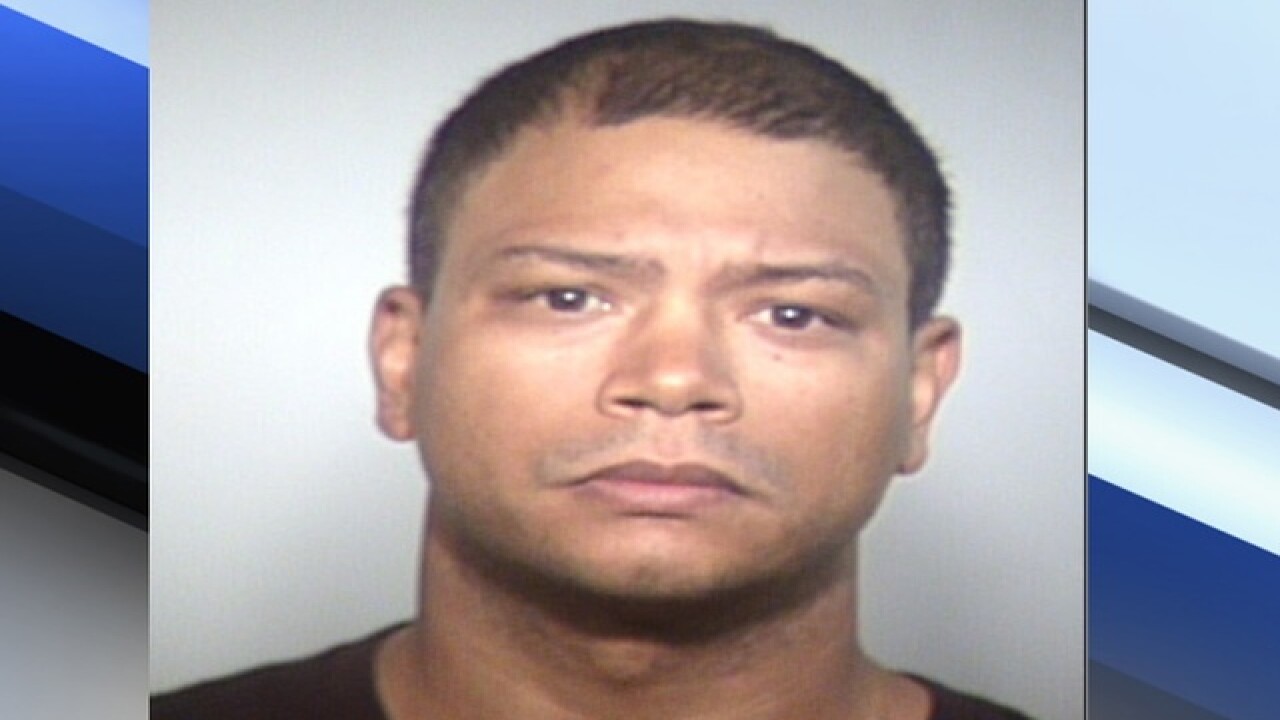 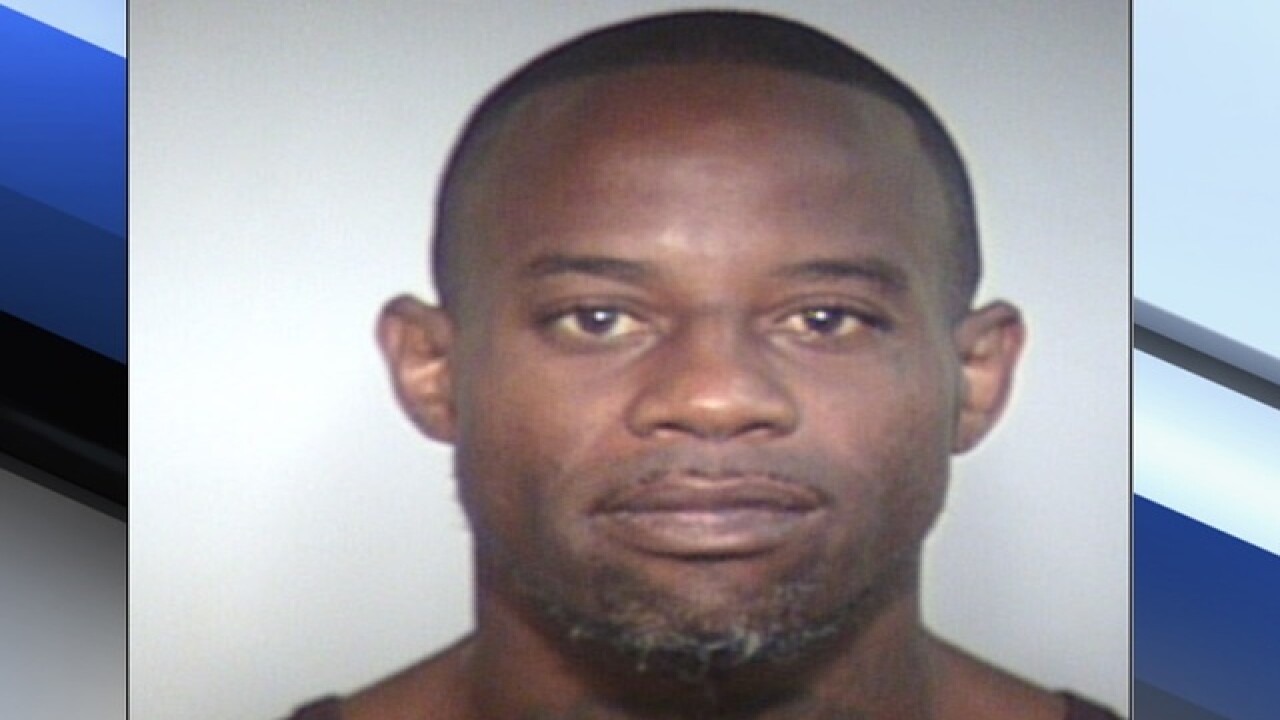 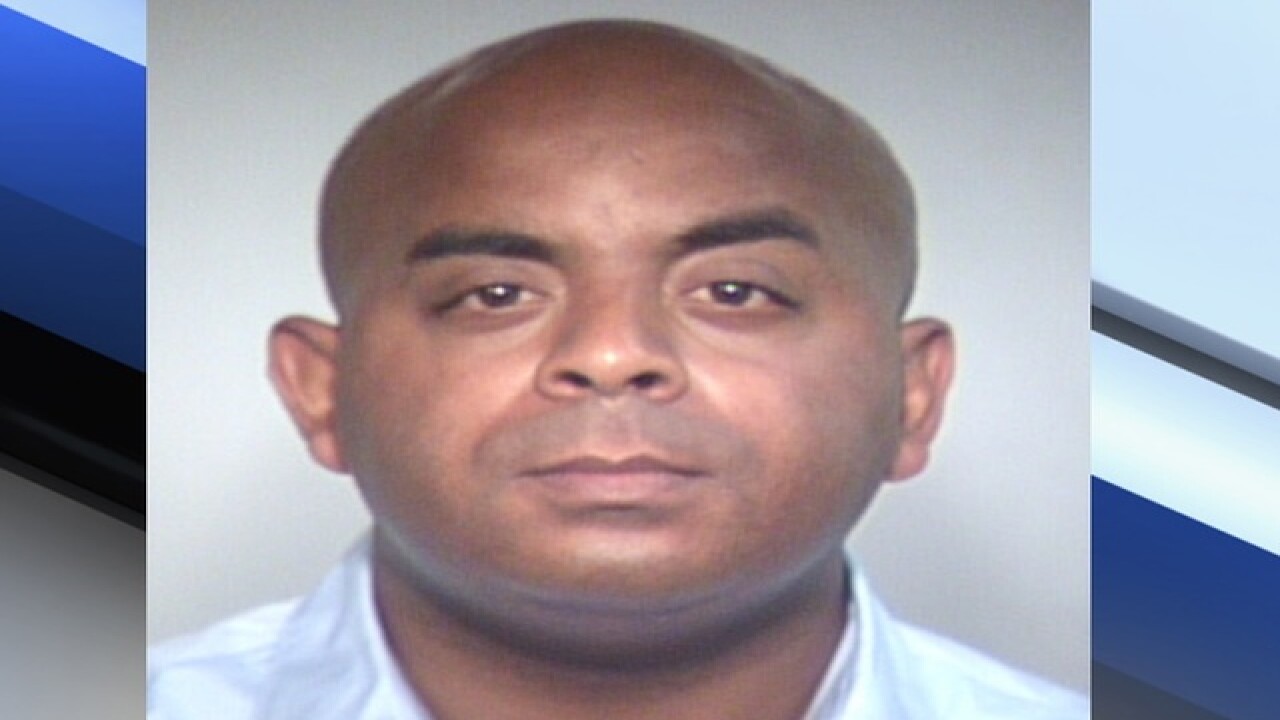 The Tempe Police Department confirms three people were arrested during a protest on the Mill Avenue bridge Monday morning.

Included in those arrested was Reverend Jarrett Maupin, who organized the demonstration.

"It's just not fair," said Anya McDonnell, a protester who showed up to show her support.

No officers were injured during the protest.

PHOTO: @Tempepolice says Maupin was asked several times to leave the street. Here is a photo of him being taken into custody. pic.twitter.com/rHDIfLMuMd

Maupin and the other two arrested, 34-year-old Michael Moynihan and 43-year-old Calvin Hollins, Jr., face charges of failure to obey a lawful order of a police officer and obstruction of a public thoroughfare. Hollins also faces an outstanding warrant for disorderly conduct in Chandler, according to the Tempe Police Department.

During an appearance Monday afternoon, a judge found probable cause for both charges against Maupin and he was released on his own recognizance.

He just told me, he did not expect/plan to be arrested. #abc15 https://t.co/GFI2tyQG3W

The protest was started in response to the shooting death of Dalvin Hollins, who was shot and killed by police after an alleged robbery in July.

"I'm in such pain; this pain will never go away," Hollins' grandmother said.

3rd person taken into custody. Commands continue to be given to protesters to get out of roadway.

According to Tempe Police, Hollins was shot and killed after allegedly robbing a Walgreens and barricading himself in a senior care center.

Hollins was shot because an officer believed that he had a weapon, a Tempe police spokesperson said.

The officer's body camera wasn’t turned on at the time of the shooting.

The investigation is ongoing, and the shooting officer, Lt. Ed Ouimette, is currently on administrative leave with his return to work unknown at the time, Tempe Police said.

However, protestors are asking that Lt. Ed Ouimette be fired from his position. If not, they've warned that their protests will "intensify," a press release said.