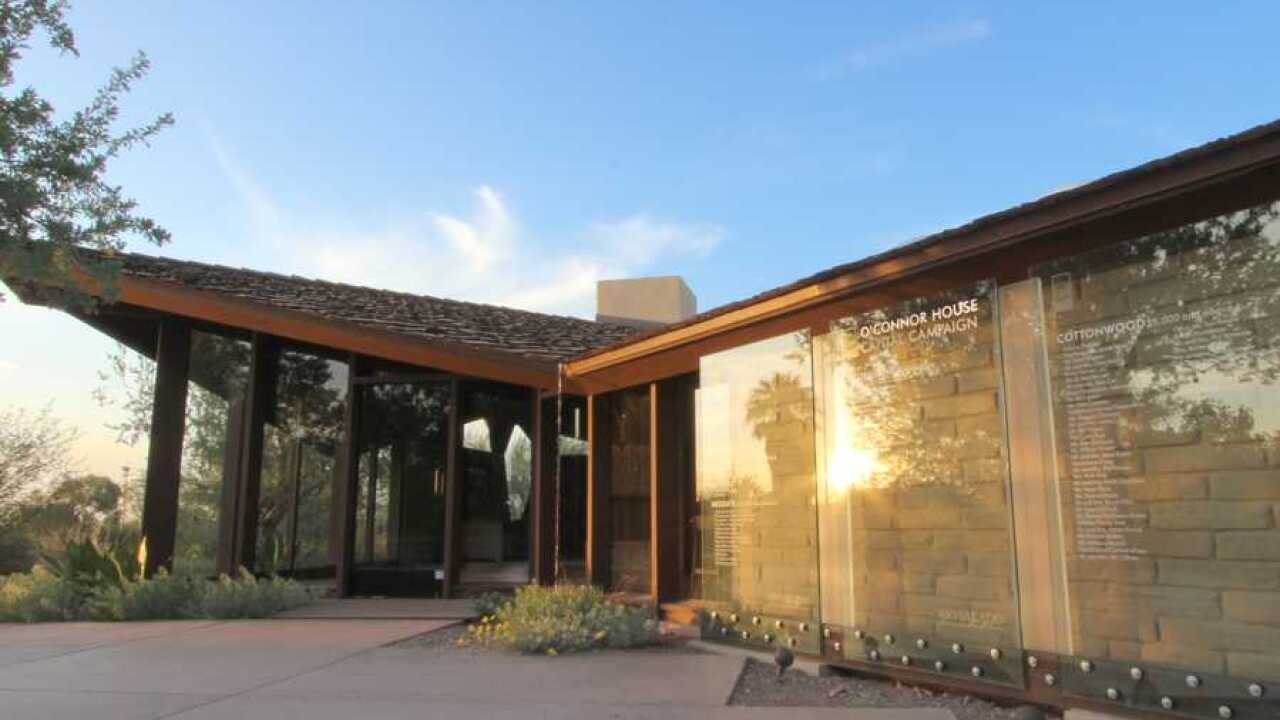 TEMPE, AZ — Before she was hearing cases on the U.S. Supreme Court, former Justice Sandra Day O'Connor was bringing people together in her historic Arizona home.

The 1950s adobe, where the first woman on the nation's highest court loved to cook and serve meals across party lines, was added Friday to the National Register of Historic Places.

"This is where she had these very productive policy conversations," Arizona State Preservation officer Kathryn Leonard said. "When people were breaking bread with each other ... and getting to know each other as individuals, she believed there was almost no problem that couldn't be solved over one civil dinner."

"Justice O'Connor's adobe home deserves this historic designation," institute board chairman Matt Feeney said in a statement. "Her storied life is symbolized by this iconic structure that embodies her character and quest for civil discourse."

O'Connor and her husband, John O'Connor, actually helped place the adobe bricks for the home when it was being built in 1957. The mid-century modern house was heavily influenced by the architecture of Frank Lloyd Wright.

The single-story 1,700-square-foot property had three bedrooms, floor-to-ceiling windows and a large patio where the couple congregated with international guests or state legislators.

The designation means the property is deemed worthy of preservation. It doesn't guarantee complete protection against demolition. But any federally funded project that could negatively impact the house would have to consider its protection.

One reason the nomination process took several years was because of the home's relocation. The house -- originally in the Phoenix suburb of Paradise Valley -- was carefully moved in 2009 to a Tempe park for use by the institute.

The National Register typically does not consider properties that are no longer in their place of origin or if they are tied to a subject who is still living.

Supporters persisted by arguing that the home was moved so it could be a space for civic education. The institute has been using it as a venue for workshops, meetings and special events, and the 89-year-old O'Connor gave input into the relocation and renovations.

"In the case of Justice O'Connor, she is iconic and quite obviously a living legend. I think that was a very clear sell to the National Register folks," Leonard said.

O'Connor lived in the home from 1958 to 1981, when President Ronald Reagan named the then-state appellate judge and former legislative leader to the Supreme Court. During that time, the mother of three boys worked to balance domestic life and public life and often hosted gatherings that brought together people of various political stripes.

"Anyone who was anyone in Arizona politics in the 1960s, 1970s was in that house having dinner with Justice O'Connor," Leonard said.

O'Connor retired in 2006 and then announced in October that she was retiring from public life after doctors diagnosed her with early stage dementia and possibly Alzheimer's disease. Her son, Jay O'Connor, said his mother generally stays close to her home in Phoenix.

Both of Arizona's senators, Martha McSally and Kyrsten Sinema, had supported the historic designation for O'Connor. McSally said the hope is the listing will "preserve her legacy for generations to come."