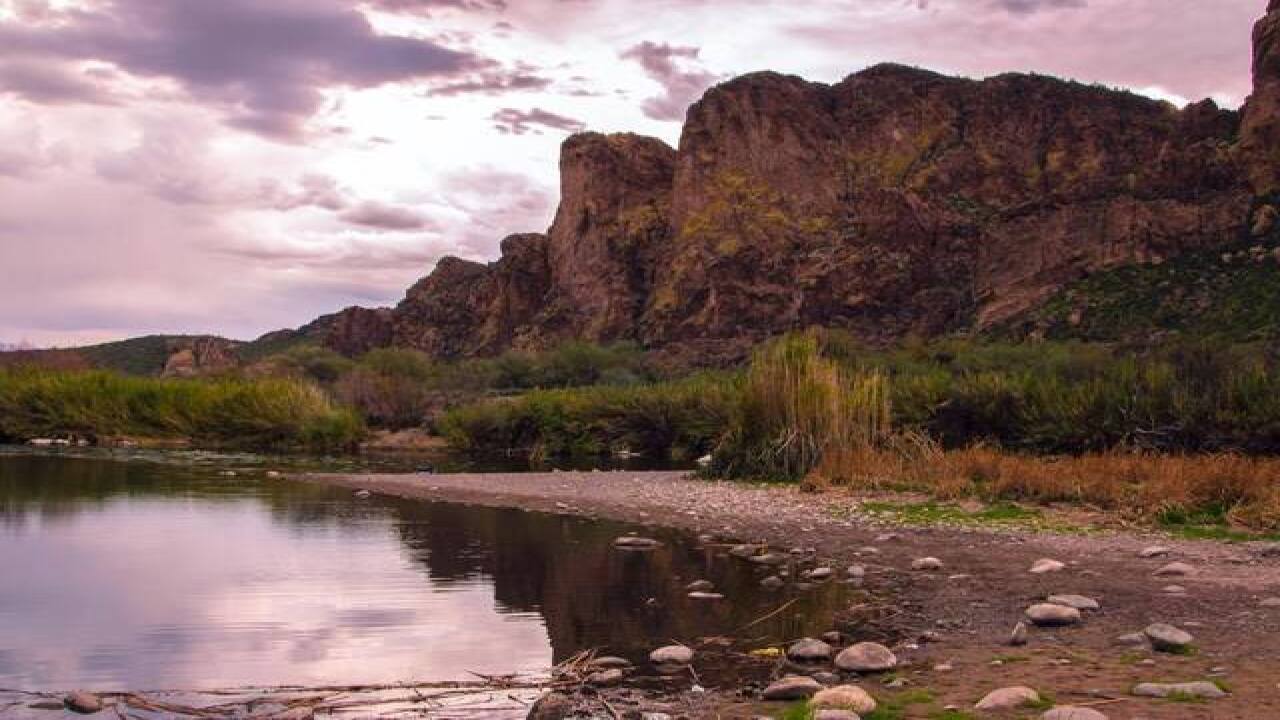 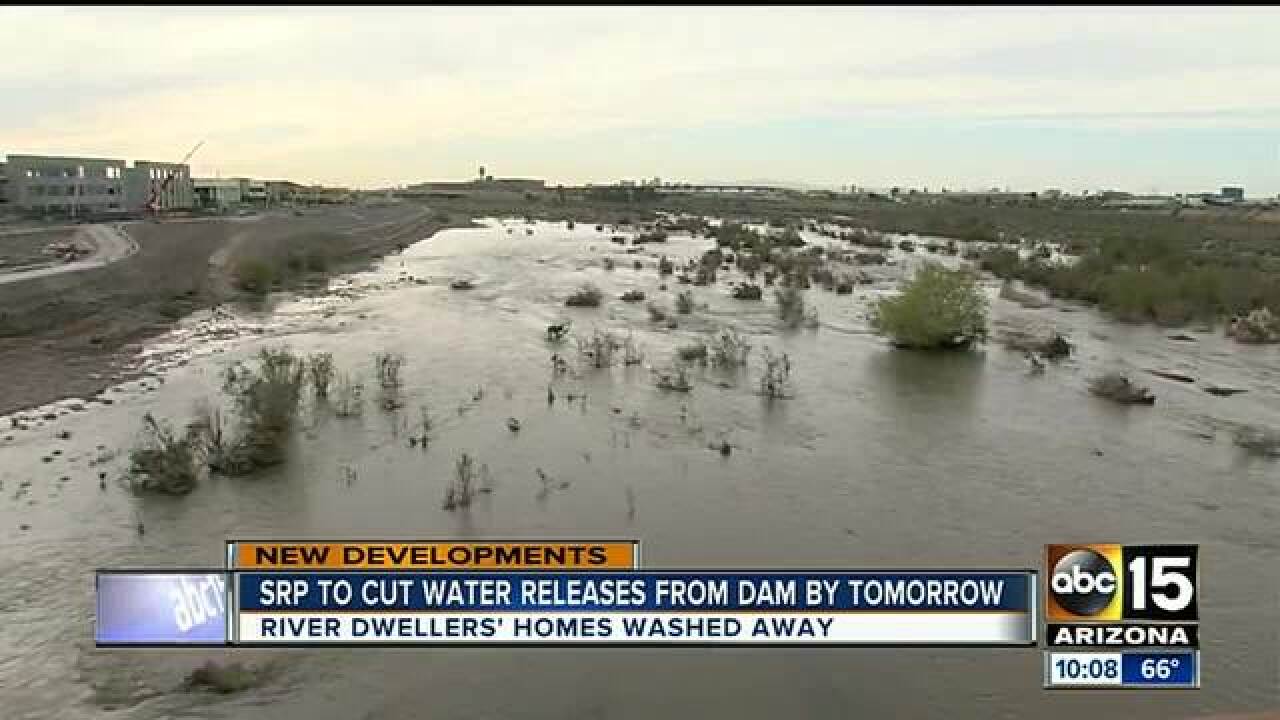 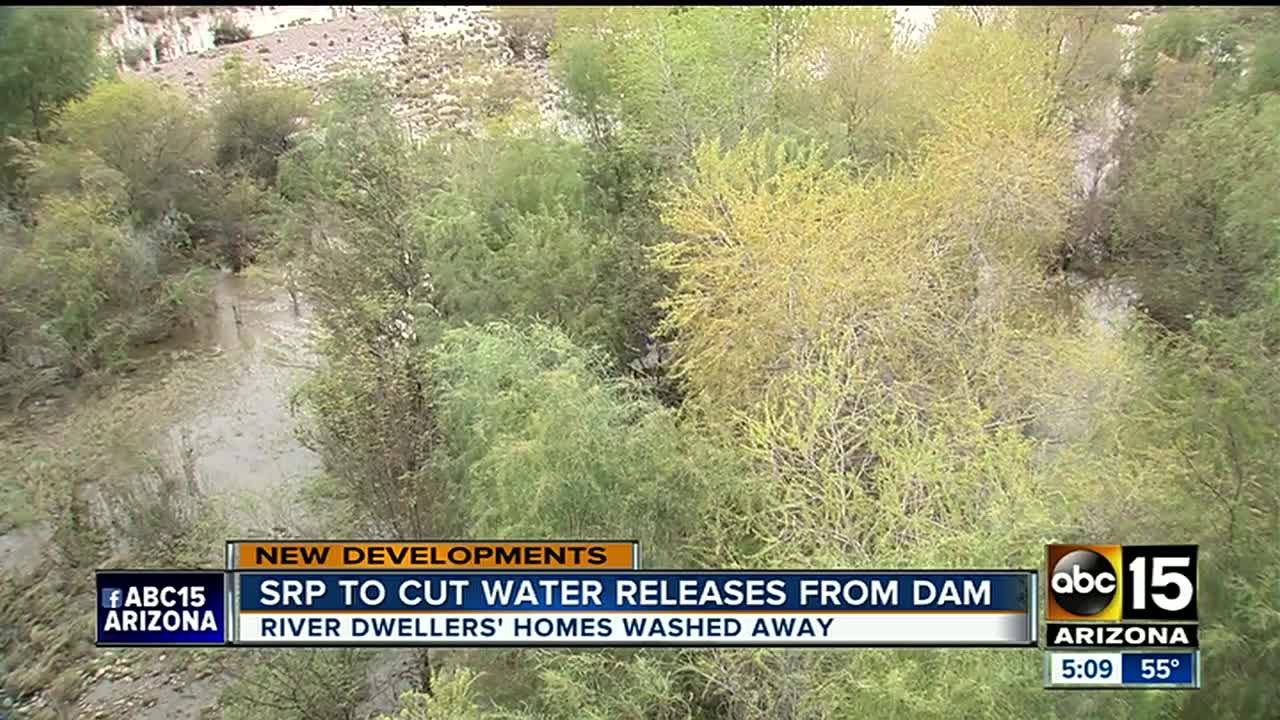 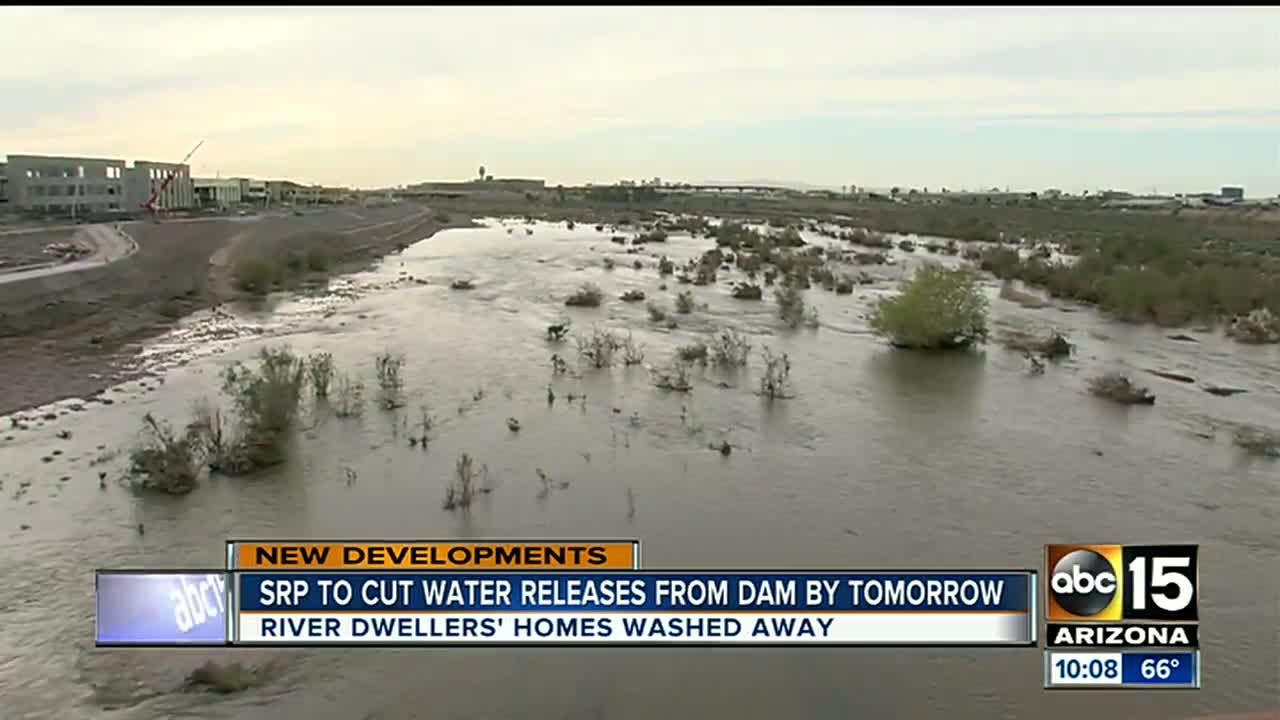 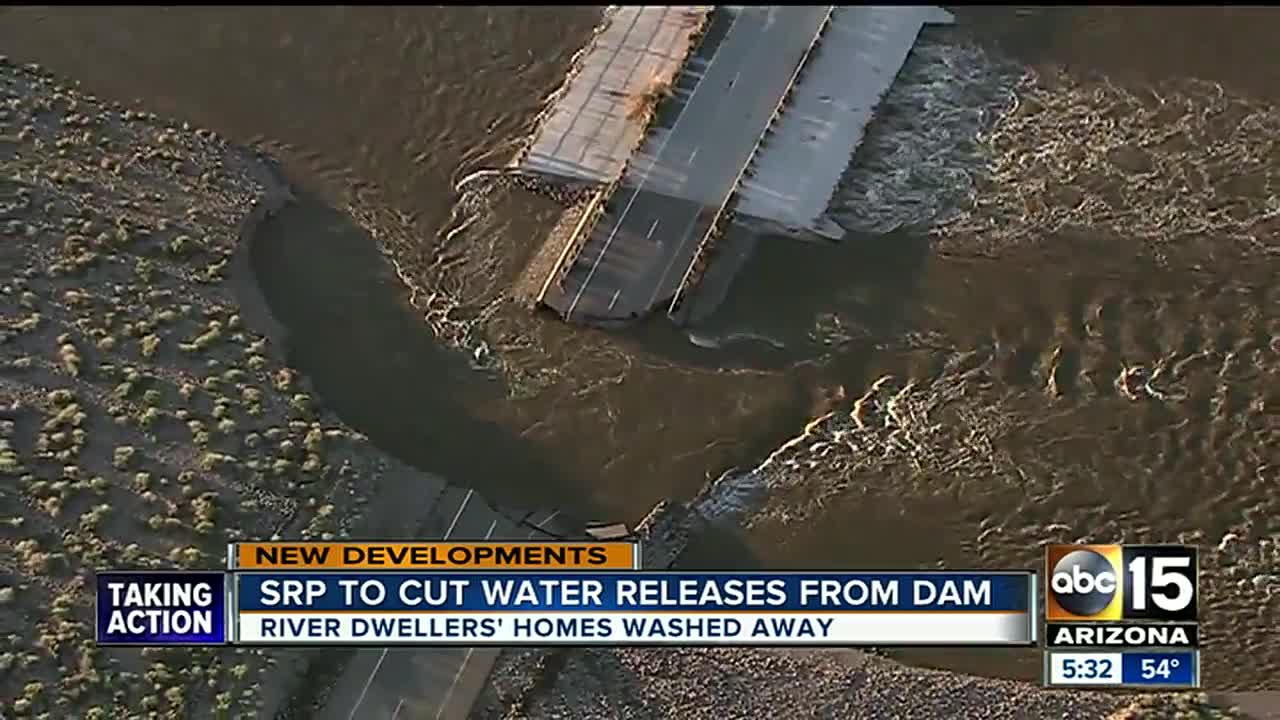 The Salt River Project plans to cut river water levels flowing into the Valley by 90 percent compared to this week's peak flows, a spokesperson said.

The cut, planned for no later than Saturday morning, will curtail flows from the Granite Reef Dam, north of Mesa.

Water that flows from Granite Reef forms the Salt River, which flows into Tempe Town Lake and then through central Phoenix.

Repair plans will be drafted when the river dries up, a Maricopa County Department of Transportation spokesperson said.

The rain-fueled river this week washed away Isaac Russell's home, who lived along the river bed with his girlfriend.

"It's not the easiest, but you get by," Russell said.

He has been homeless for three years after kicking a heroin habit and losing his job.

This week's pop-up river washed away Russell's family photos and important documents from a camp near 19th Avenue, he explained.

His old tent is twisted around tree limbs at a former camp just downstream from Tempe Town Lake.

"We just want somewhere where we can be left alone," Russell said.

The river bed is marked as off limits, with trespassers subject to prosecution.