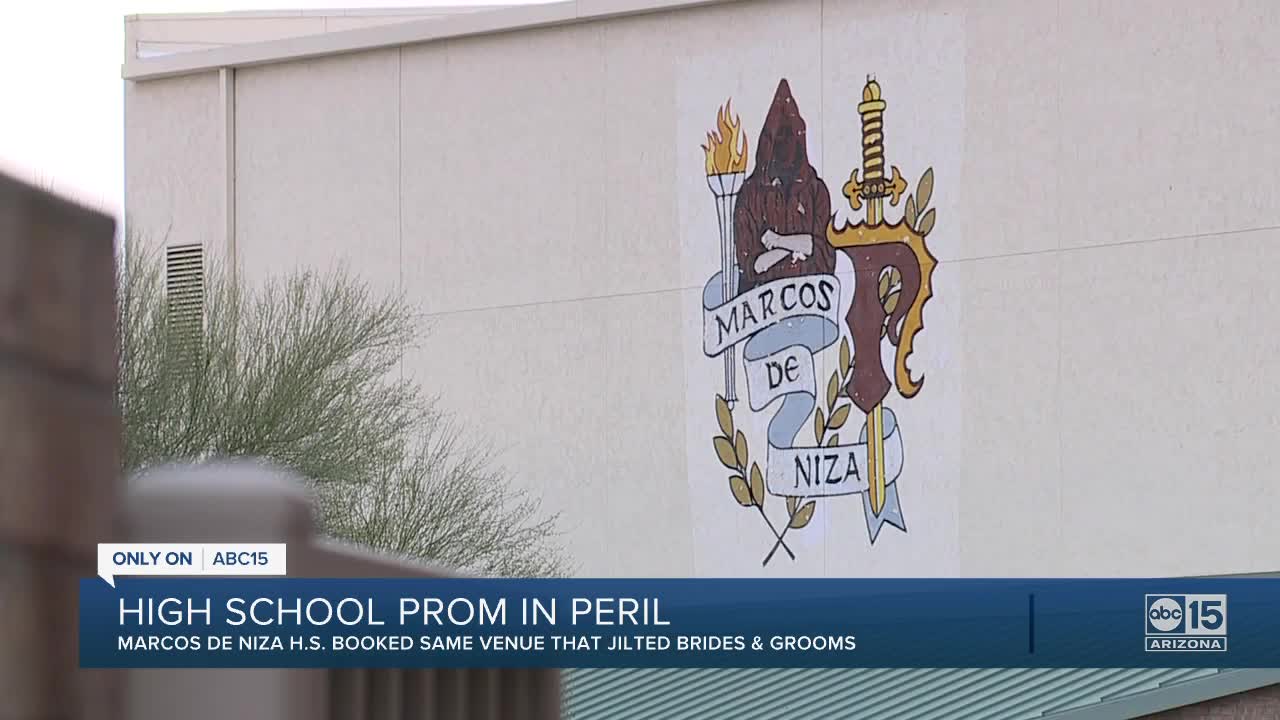 From brides and grooms, to a graduating class, the list of victims left high and dry by a valley wedding venue continues to grow.

TEMPE, AZ — From brides and grooms, to a graduating class, the list of victims left high and dry by a valley wedding venue continues to grow.

"We heard a lot of good things about it from previous years," said Hailey White, junior class president at Marcos De Niza High School. White says student government members for the Junior class are responsible for planning Senior Prom. “They really look forward to that day, when it comes you want the expectation to be, in teenage terms, what the hype is all about.”

Last month, brides and grooms across the valley received emails from Noah's Event Center off Cooper Road and the Loop 202 saying they had to cancel their events, saying the building was put up for sale without their knowledge.

One couple told ABC15 they had already committed almost 10 thousand dollars to the venue, and weren't sure if they'd be getting refunded.

However, the company also filed for bankruptcy in May of 2019 in Utah, listing dozens of locations across the country. Several months before White says they booked the venue for Marco De Niza's Senior Prom. Still, the venue collected a deposit from the school, as well as several monthly payments totaling more than 3 thousand dollars.

“How could you do that to kids?" White asked. "This isn't our money, it’s our schools money.... We could’ve use that money towards other programs arts, performing arts, athletics, teachers. It’s just really messed up.”

With less than four months before their scheduled date, she and the rest of the Junior student council are working hard to find another venue.

Students say they began fundraising and planning dates since last summer. They even decided on a theme months before learning about the closure.

“It was a really sucky situation, but if we just dwell on it and had a negative mindset we probably wouldn’t be as far and have accomplished so much already.“

Tempe Union High School District Officials confirm the school's already in contact with several other venues across the valley, and several community members have donated money, amenities like a photo booth for students at the dance, as well as offering other forms of support. White says she's confident they'll still be able to make this years prom memorable, but still wonders why representatives with NOAH's weren't honest about the situation.

“It should’ve been better communicated with us and others who are booking there," she said.

Several attempts made by ABC15 to reach representatives with NOAH's event center have been unsuccessful.