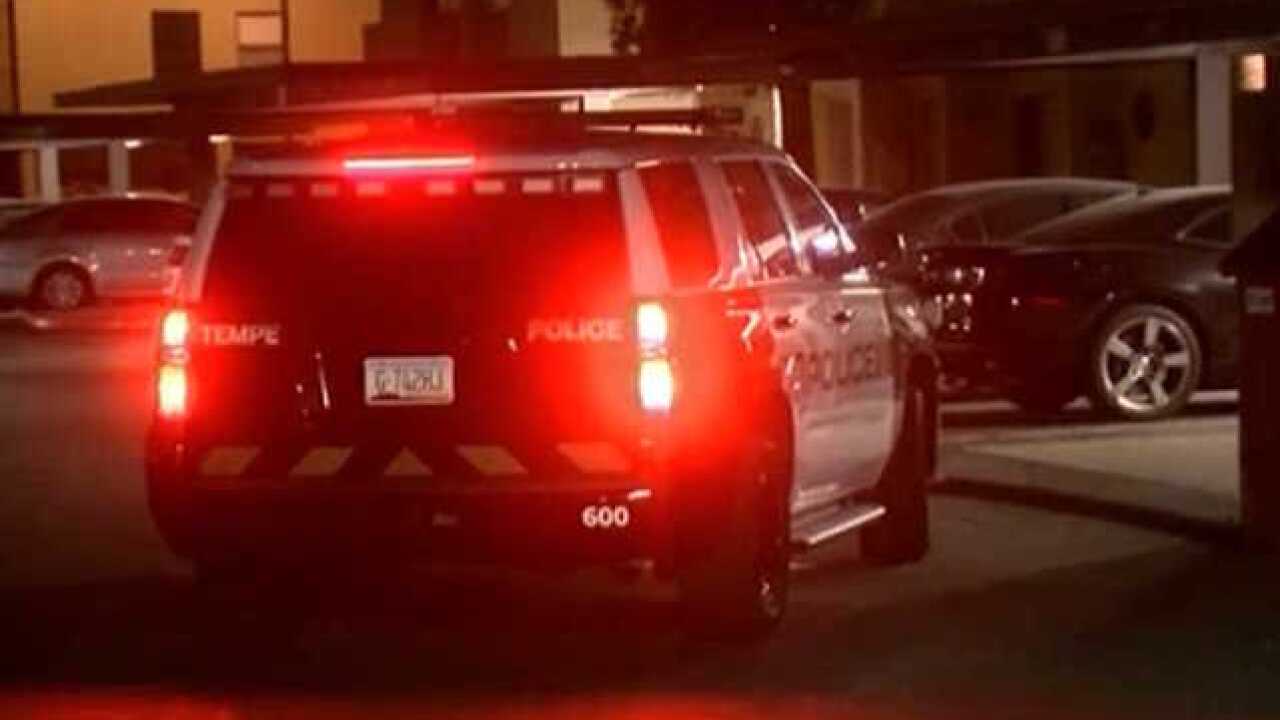 Copyright 2018 Scripps Media, Inc. All rights reserved. This material may not be published, broadcast, rewritten, or redistributed.
Bill Miley/ABC15

Police are investigating after a man was shot in the hand Friday night.

A Tempe Police Department spokesperson said a man in his 40s was working on his broken-down vehicle near 13th Street and Mill Avenue when he was approached by the suspect, who pointed a gun at him and demanded money.

The victim tried to fight off the suspect and was shot in his left hand.

The suspect, described as a man in his 30s wearing a blue long-sleeved shirt, ran away. Officers searched the area but had not found him as of 9:45 p.m.

Further information was not immediately available.