MCSO: Man rescued and being evaluated after falling in mine shaft in Gila Bend
NewsSoutheast Valley NewsTempe News 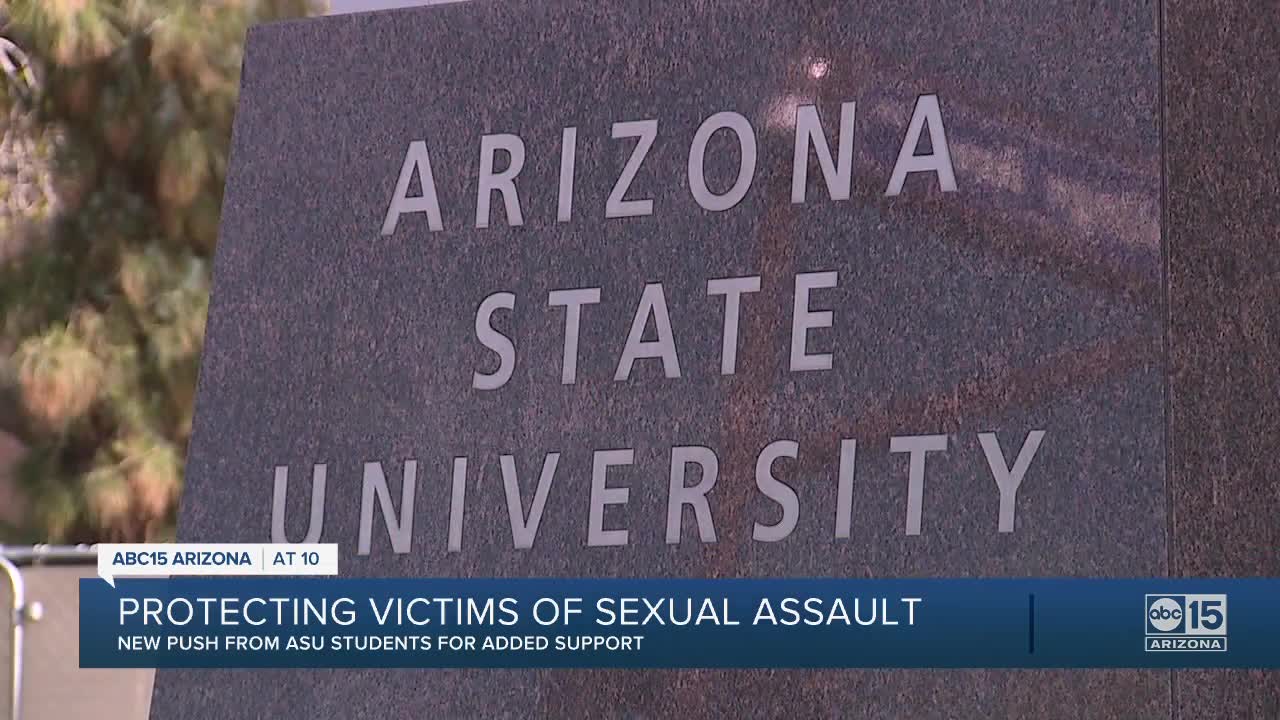 The new push from ASU students for added support for victims of sexual assault.

A growing petition is calling for Arizona State University to create a Rape Crisis Center.

In less than 48 hours, a petition has garnered more than 15,000 signatures. The catalyst for the renewed calls for change has been a student's story shared on social media.

"Alayna shared her story on Monday night she posted some very powerful videos to Instagram - detailing this really terrible experience she had reporting her sexual assault to ASU Police and the administration," Jasmine Lester, Founding Director of Sun Devils Against Sexual Assault.

Lester said her group was contacted by Alayna about trying to help navigate the process and create change.

"That’s how we decided we were going to do a petition and try and pressure ASU to build a rape crisis center," said Lester.

"ASU lacks a centralized space for where people who are either raped or sexually assaulted or harassed," Mastaani Qureshi, the co-president of the Women’s Coalition at ASU. "If ASU is really number one in innovation, why aren’t students being heard?"

Qureshi, a junior, says she has been discussing the crisis center with key stakeholders for months.

"I personally have had ten conversations in only the past year," said Qureshi.

Activists say they have felt some pushback regarding the building and specialized counselors and advocates.

"It may not be used that often, to be honest, but it’s important to have a space," said Qureshi.

In 2019, ASU's Tempe campus reported 23 rapes. In 2018, there were 13 rapes reported on campus, but that does not include the crime of fondling and an unknown number of crimes are reported to Tempe or Phoenix police due to the location.

"Studies estimate only 10% of college sexual assault is reported to police," said Lester.

Lester and others hope that number improves with the hiring of specialized counselors and creation of a crisis center.

"Students, victims, and especially women are saying we need it. The current services are not enough for us," said Qureshi.

"It’s past time. It’s time for a Rape Crisis Center, like years ago," said Lester.

A spokesperson for ASU shared the following statement:

"We take all reports of sexual assault seriously, investigate them thoroughly, and make determinations based on the facts. ASU supports victims by offering victim advocates, counseling services, and services through student advocacy and assistance. Although we do not discuss student code of conduct cases with the public we can provide information about ASU process and resources. ASU policies, procedures and resources to support students can be found at https://sexualviolenceprevention.asu.edu/"