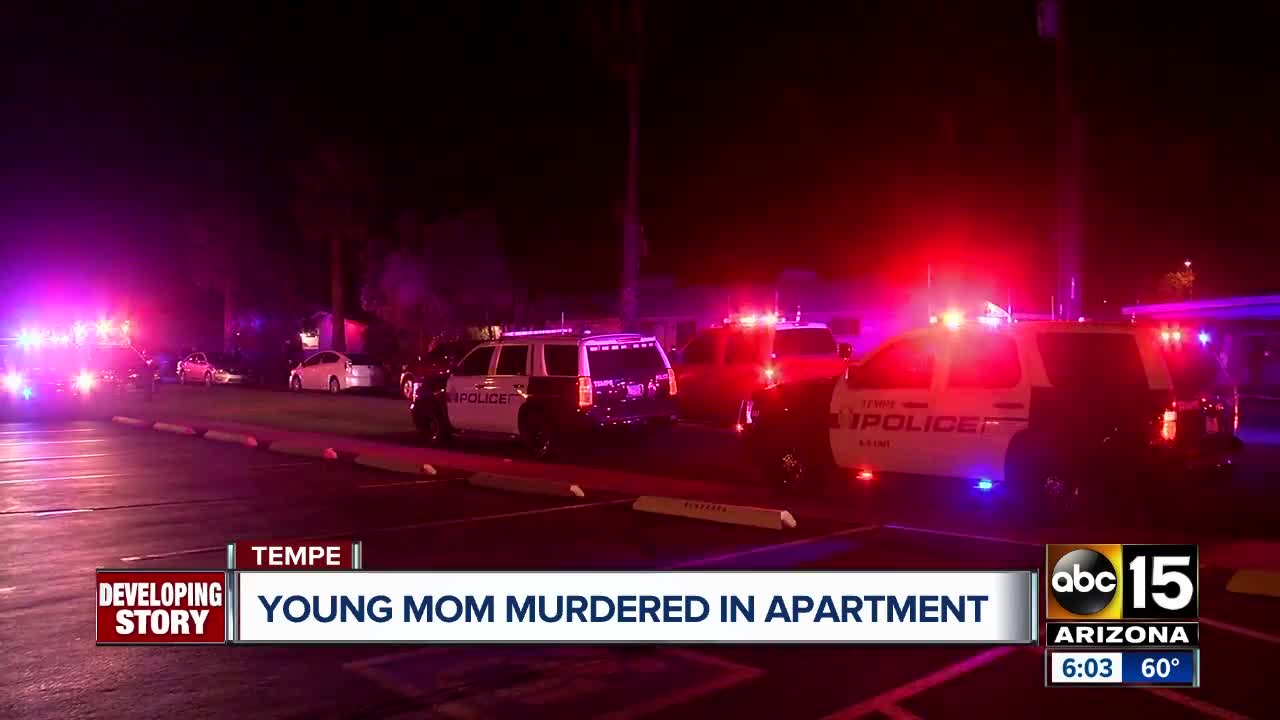 A young mom pregnant with another child was shot and killed in Tempe.

TEMPE, AZ — Police are investigating after a young woman was shot and killed in Tempe.

Officers responded to the shooting call near Rural and Broadway roads late Thursday night. At the scene, they found a woman with life-threatening injuries.

She was taken to the hospital for treatment but was later pronounced dead.

"It's devastating because she's only 23 years old, she had her whole life ahead of her," said Diane Stone, a neighbor. "I hope they got whoever killed her. I hope he gets punished for what they did to her. If she was pregnant that's even more devastating."

Family members also confirmed to ABC15 that Shiann was pregnant at the time she was shot. It's unclear if the unborn child survived.

No suspect description was released and police have not said what led to the shooting.

"It's terrible. I've lived on this street for 17 years. They really did weed out the riffraff here. They tried to make the neighborhood presentable and nice for people to live in. It's a tragedy to start off the new year like that," Stone said.