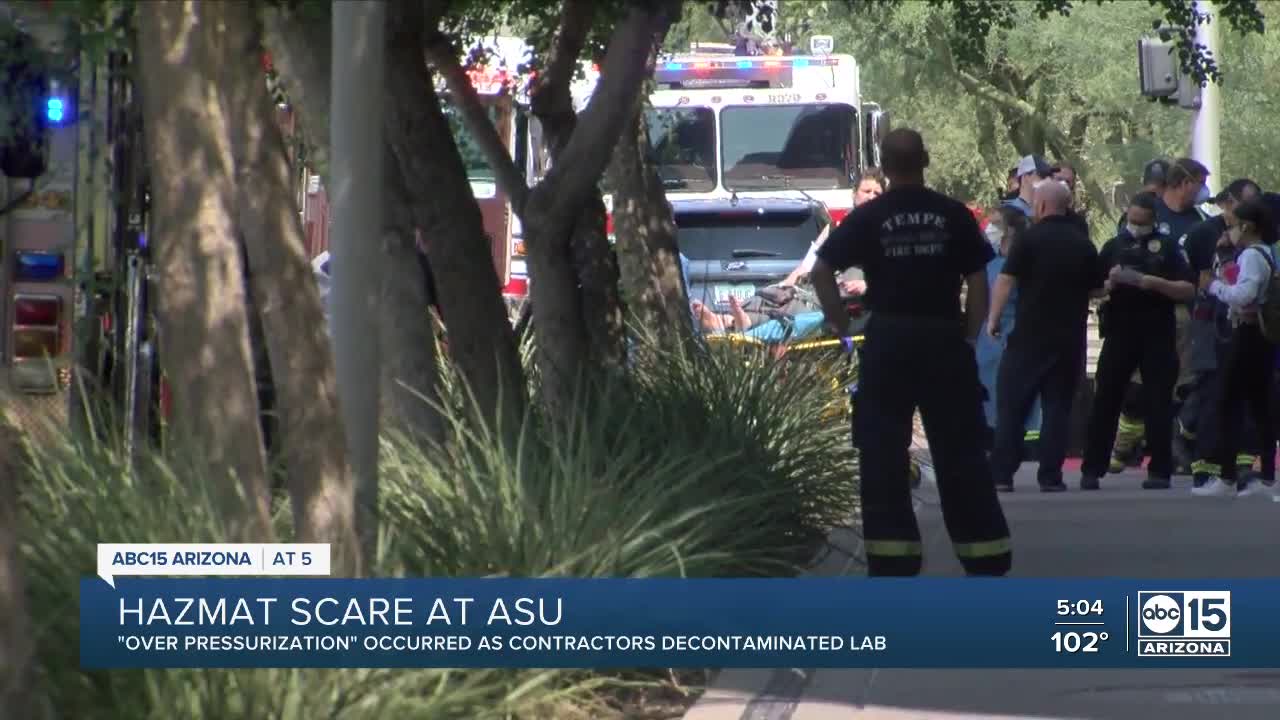 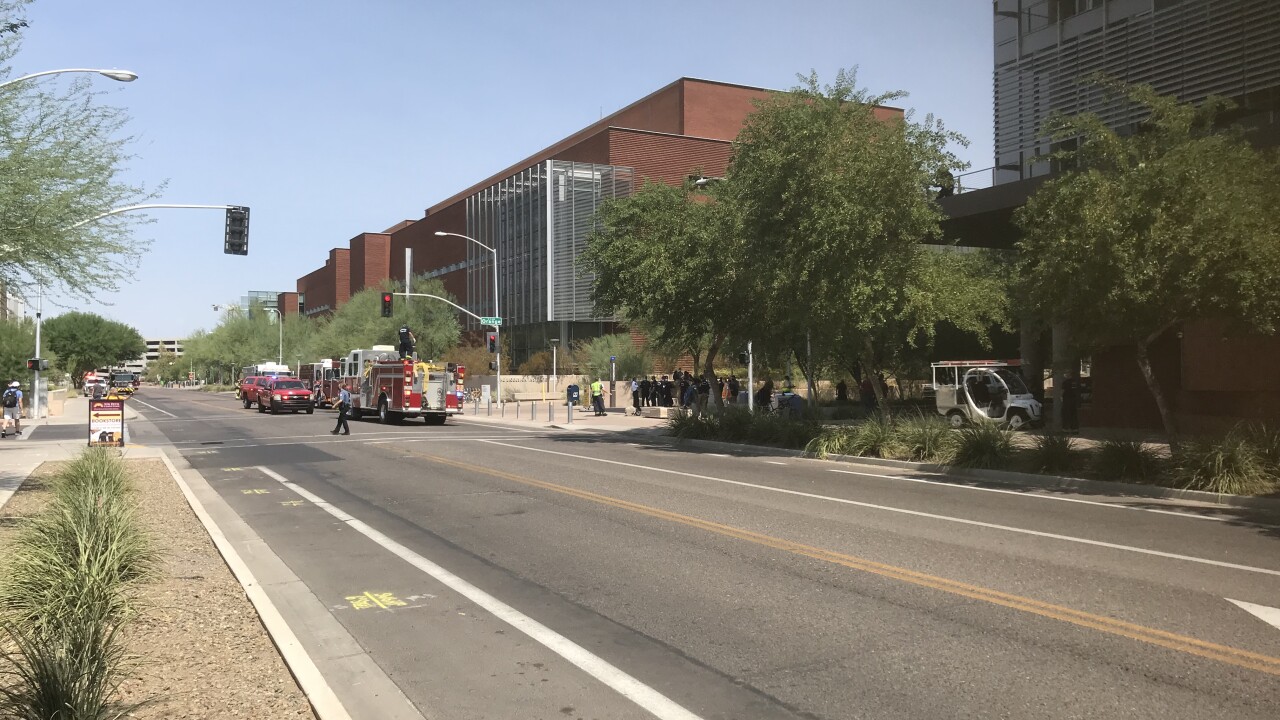 TEMPE, AZ — Three members of a cleaning crew were injured on Tuesday afternoon, two of them seriously, at Arizona State University's BioDesign A building in Tempe, after a cylinder containing a chemical experienced a "high-pressure release."

A spokesperson for ASU said in an email that two of the three workers were taken to the hospital.

A spokesperson for Tempe Fire Medical Rescue Department told ABC15 that an "overpressurization" led to the workers' injuries, which included multiple lacerations.'

"We did have impaled objects that ocurred as a result," said Andrea Glass, Assistant Fire Chief for the Tempe Fire Medical Rescue Department. "When you do have an overpressurization you might have something like that. So we had lacerations and then impaled objects."

"Overpressurization of a container is what we believe it is," said David Gillum, the Senior Director of Environment Health and Safety at ASU. "We're trying to find out, was there a defect in the container? Was the gas cylinder somehow overpressurized?"

Incident at ASU involves a contractor crew cleaning a lab area at the Biodesign building. Over pressurization led to three injuries - two taken to hospital with serious injuries. All members of contract crew. @abc15 pic.twitter.com/9vB8NyfO5m

According to ASU's website, the BioDesign complex is 350,000 square feet and was "designed to foster the fusion of previously distinct areas of science."