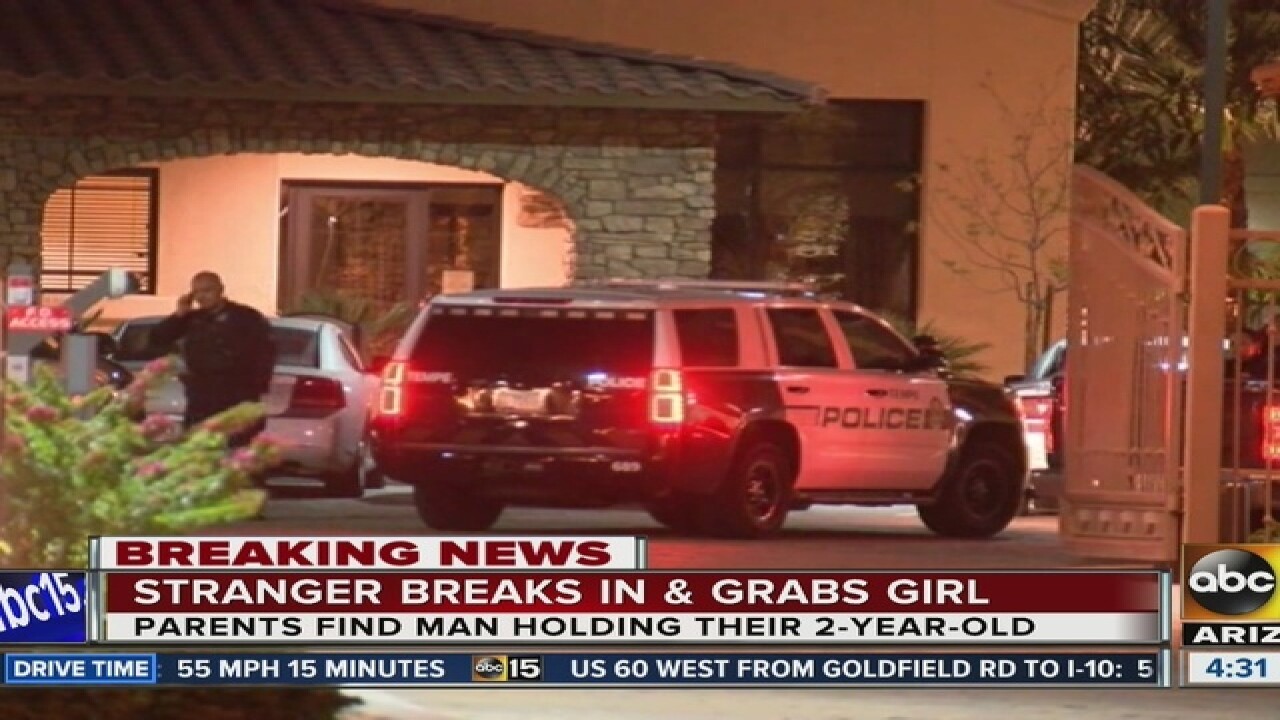 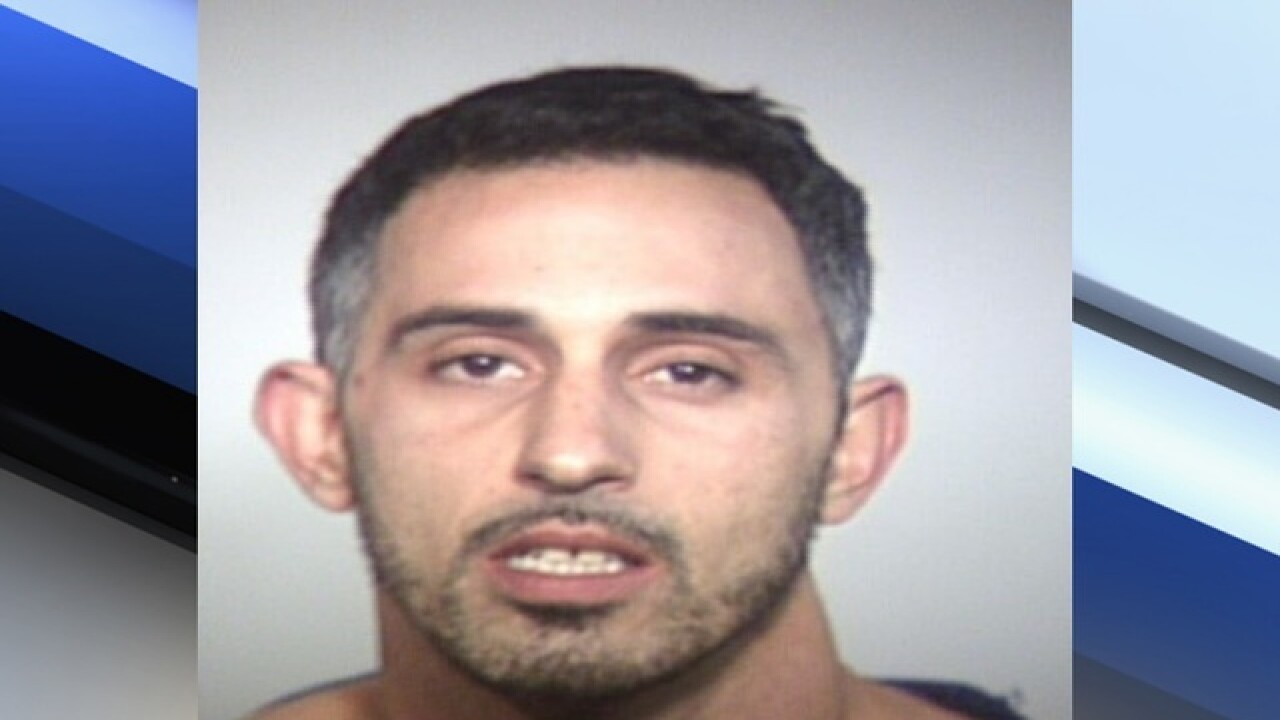 Police are investigating after a couple found a strange man had entered their Tempe home early Thursday morning where he was found holding their 2-year-old daughter.

Officers responded to the apartment home near Priest and Warner around 2:30 a.m. where a woman called police to report a burglary. She said her husband was currently fighting with the suspect in the home.

According to police, the woman woke up to her toddler whimpering from her room and noticed the door was closed -- something that wasn't normal.

The husband went into the living room and saw a stranger holding the little girl, which turned into a fight between the suspect and the child's father.

The suspect, identified as 34-year-old Oren Cohen of Glendale, attempted to flee the complex, but was Tased by police.

He is believed to have been intoxicated at the time of the incident. It's not known yet what his intentions were at the home or with the child, but he was at the apartment complex visiting a friend.

The child did not suffer any obvious injuries, police said.

He is charged with kidnapping, burglary and aggravated assault.