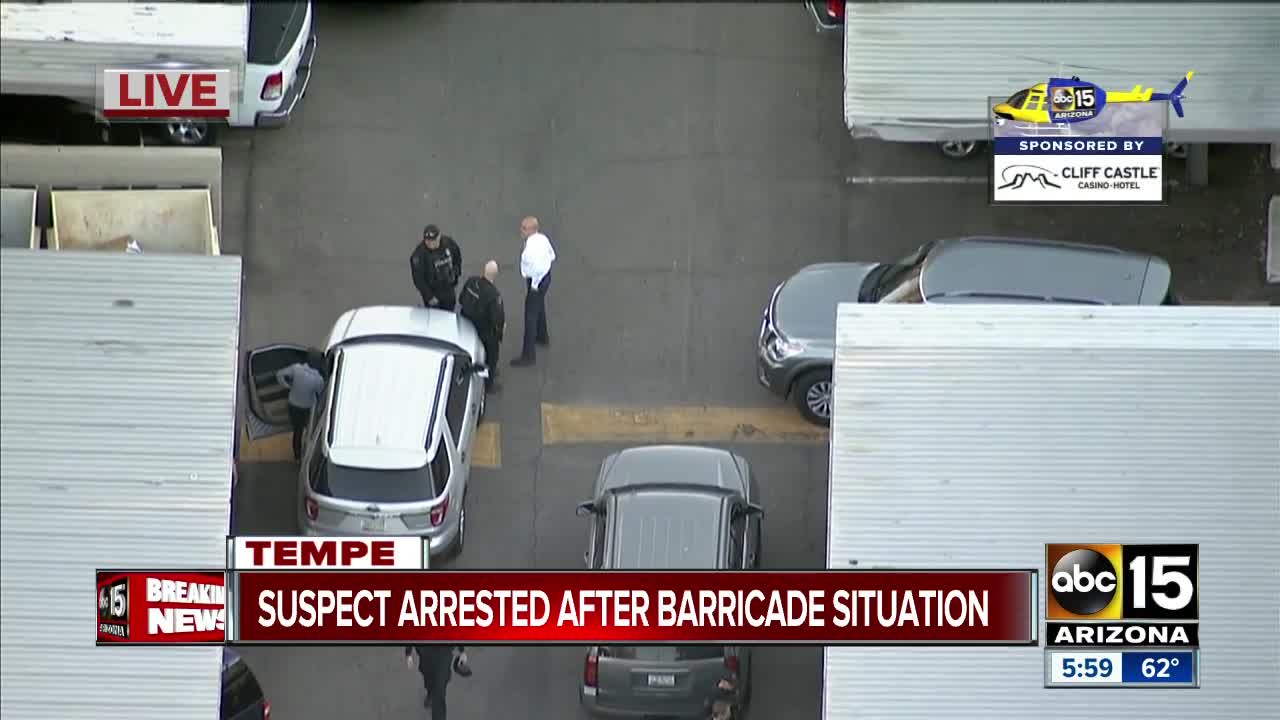 A suspect is in custody after barricading himself in a second-floor unit at an apartment complex in Tempe on Thursday afternoon. TEMPE, AZ — A suspect is in custody after barricading himself in a second-floor unit at an apartment complex in Tempe on Thursday afternoon.

According to police, officers responded after receiving reports of a domestic violence incident between a man and a woman at a complex near Rural Road and Southern Avenue. The woman was able to escape the apartment, officials said.

Tempe police and SWAT teams arrived on scene and negotiators were communicating with the suspect. The suspect was taken into custody safely shortly after, police said.

Residents had been evacuated as a precaution during negotiations. No one is believed to be injured, police say.

Police have issued road restrictions on Southern Avenue in both directions from Rural Road to Dorsey while officers investigate.