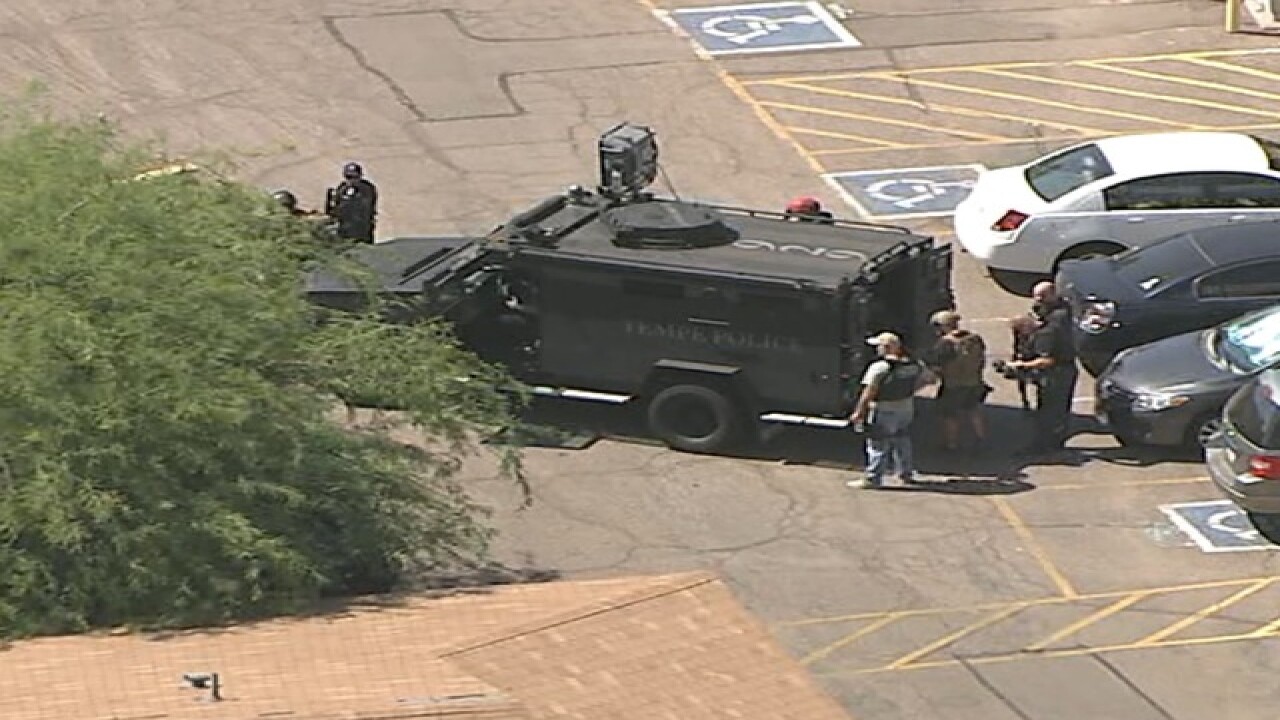 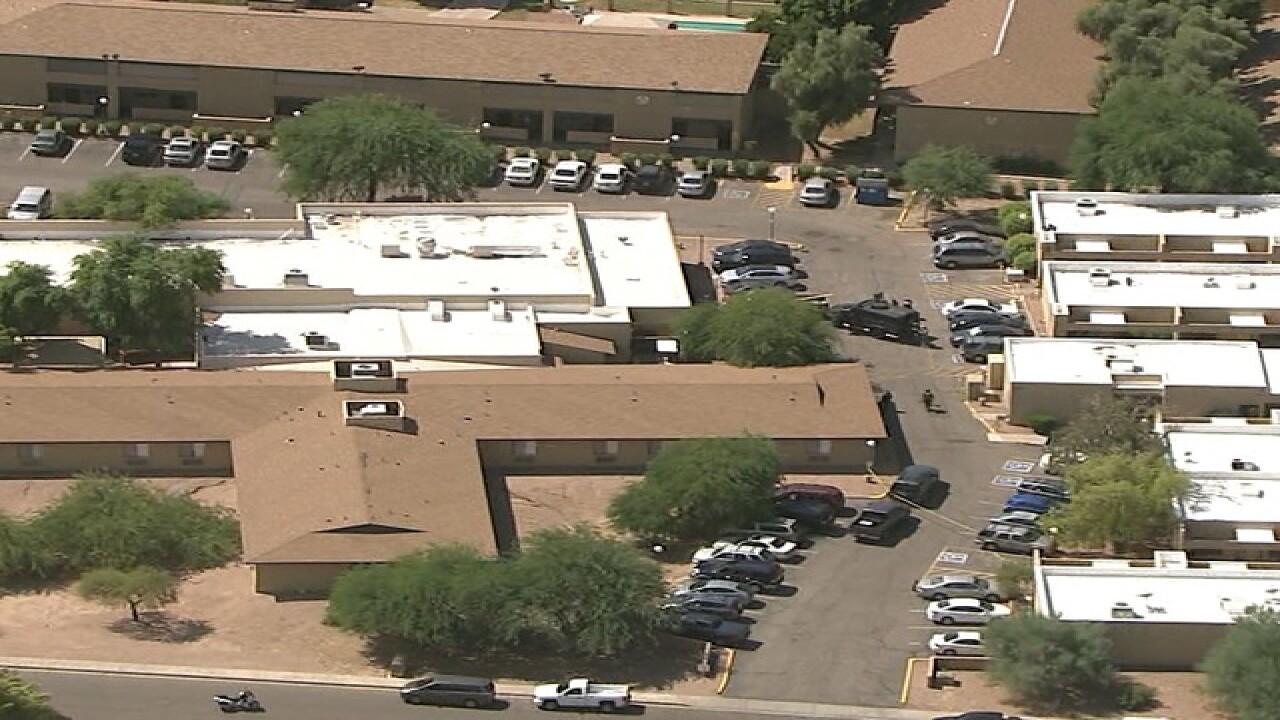 An armed robbery suspect who was shot by Tempe police before barricading himself inside a storage facility at a senior living center has died, police said.

The incident took place north of Rural and Guadalupe roads just before 9:30 a.m. on Wednesday.

No police officers or residents at the senior center were injured, according to police.

Police received a phone call about an armed robbery at a Walgreens pharmacy in the area Wednesday morning.

The suspect had his hand in a black bag and told the employee that he had a gun.

Pooley said an officer located the suspect in the area and tried to talk with him. The suspect did not want to talk and attempted to run away.

The lieutenant shot the suspect once before the man ran into a storage area at the senior center. The lieutenant was taken to the hospital with a minor injury.

Police said they reached the suspect an hour later and that he had died. His identity has not been released.

Police have not located a firearm and are continuing their investigation. The lieutenant was wearing a body camera at the time of the incident, however, he did not have it on.