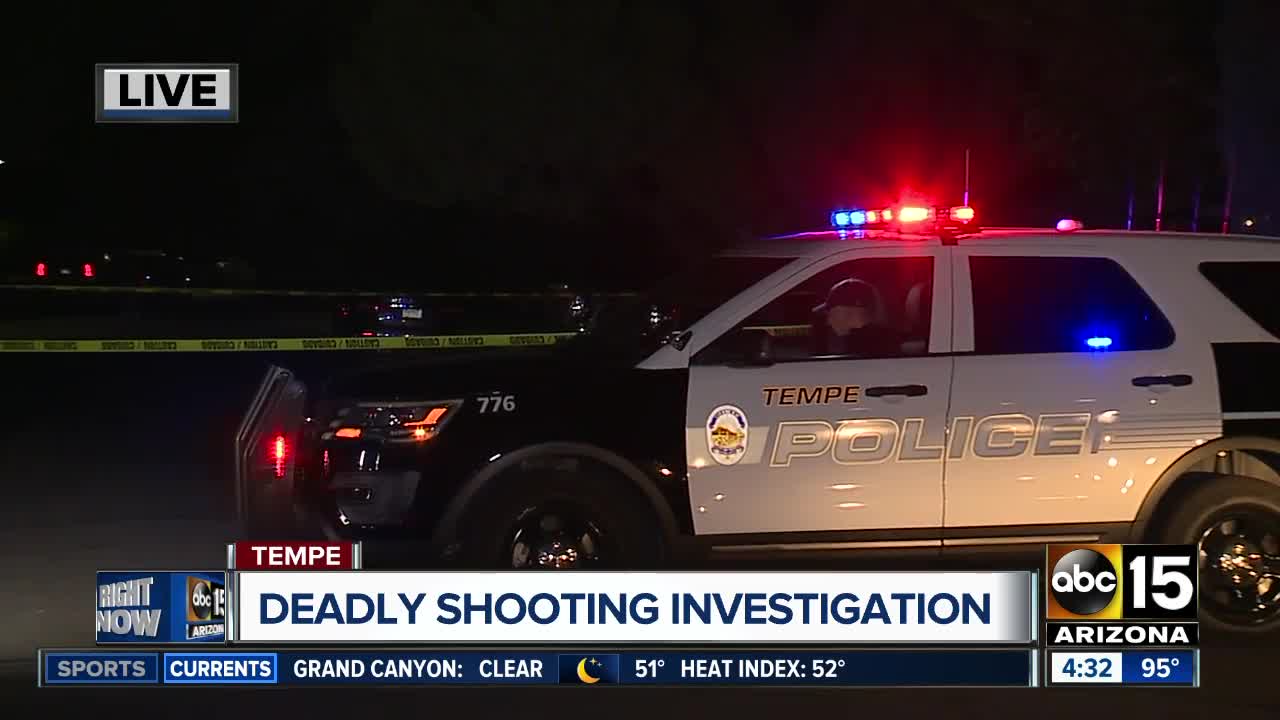 One man is dead and no suspect information is available at this time.

TEMPE, AZ — Tempe police say a man is dead after a shooting near McClintock Drive and Broadway Road overnight.

Officials were called to the scene for reports of a shooting victim. A man was found with a gunshot wound to the chest, and he was taken to the hospital where he was pronounced dead.

Police say no other victims were found and no suspect information is known at this time.