PD: Man arrested after shooting a BB gun at a Red Robin in Tempe Marketplace

A man was arrested Monday after entering a Red Robin restaurant at Tempe Marketplace while brandishing and shooting a BB gun. 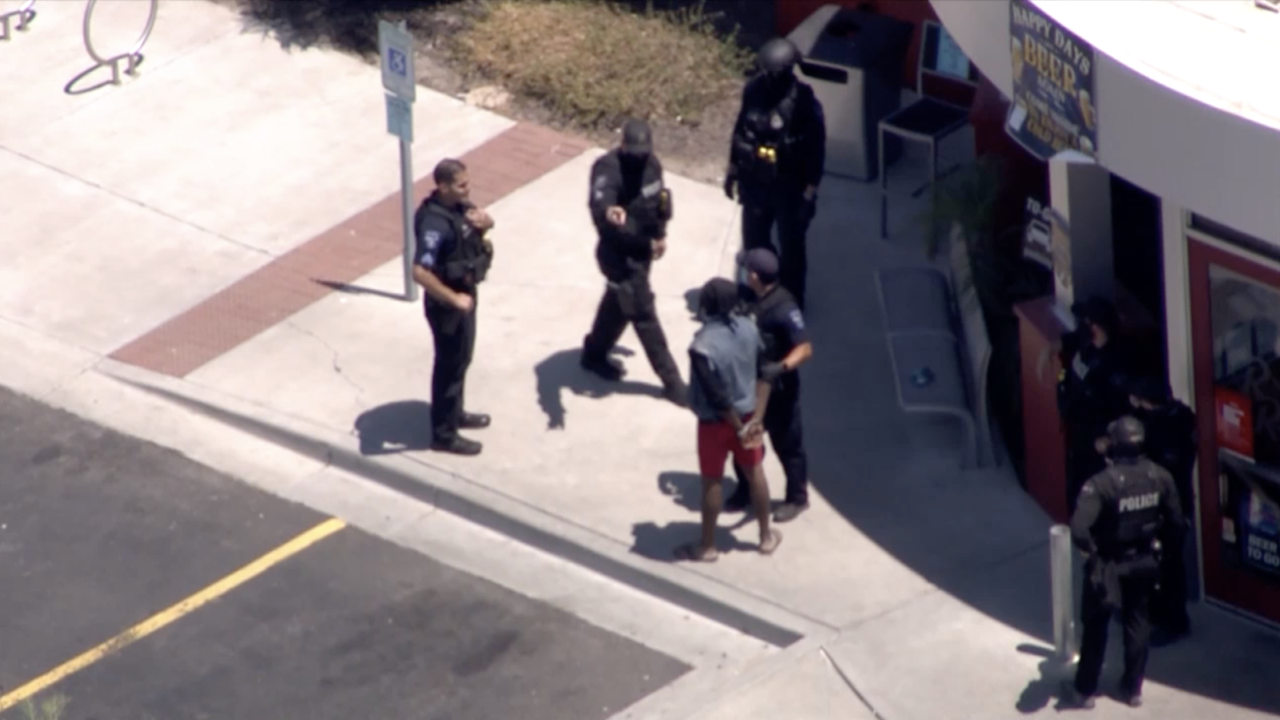 TEMPE, AZ — A man was arrested Monday after entering a Red Robin restaurant at Tempe Marketplace while brandishing and shooting a BB gun.

Officials say at around 12:15 p.m., the suspect shot at a glass window and a balloon outside of the restaurant with a rifle-style BB gun.

The man allegedly pointed the gun at employees after they confronted him.

All employees and customers evacuated the business while Tempe police kept the suspect contained inside the Red Robin. Police evacuated nearby businesses as a precaution.

The suspect was then taken into custody without incident after surrendering to officers' commands.

Officials say the man is facing several charges, including aggravated assault with a simulated weapon, criminal damage and disorderly conduct.

There were no reported injuries in this incident and the restaurant was able to resume normal operation a short time later.