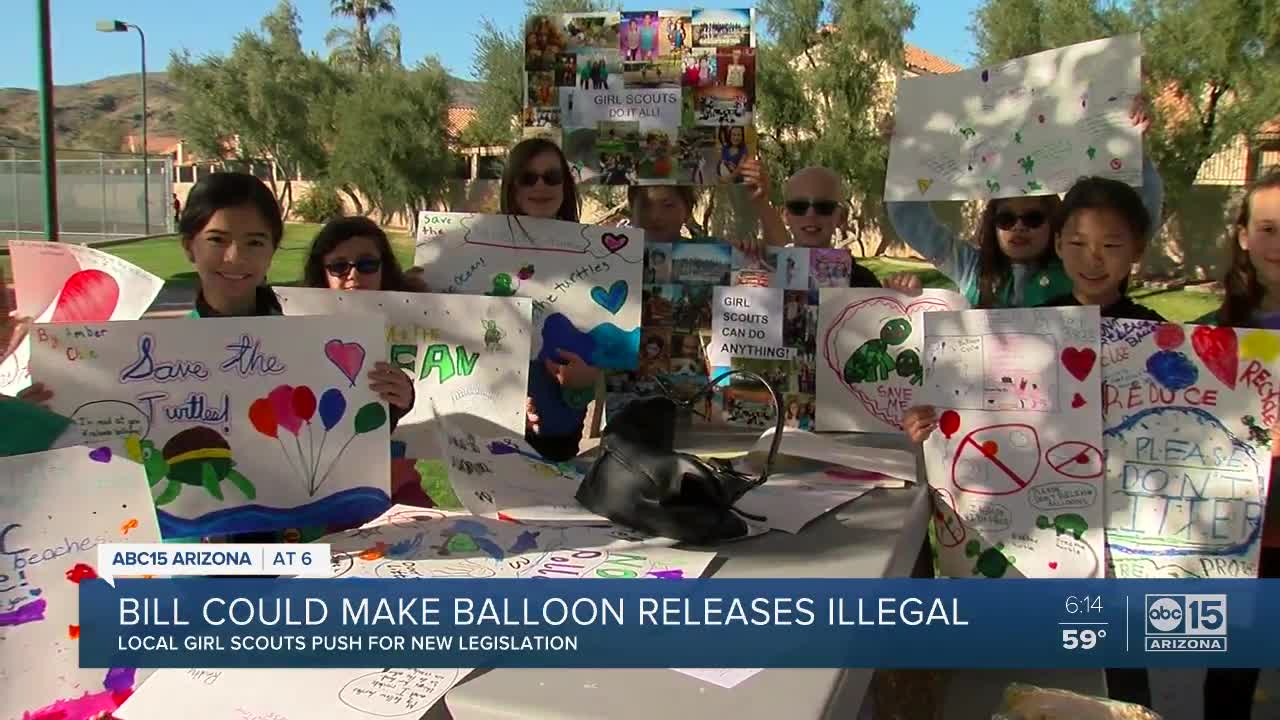 A new bill could make releasing plastic balloons illegal in Arizona because of the environmental danger. 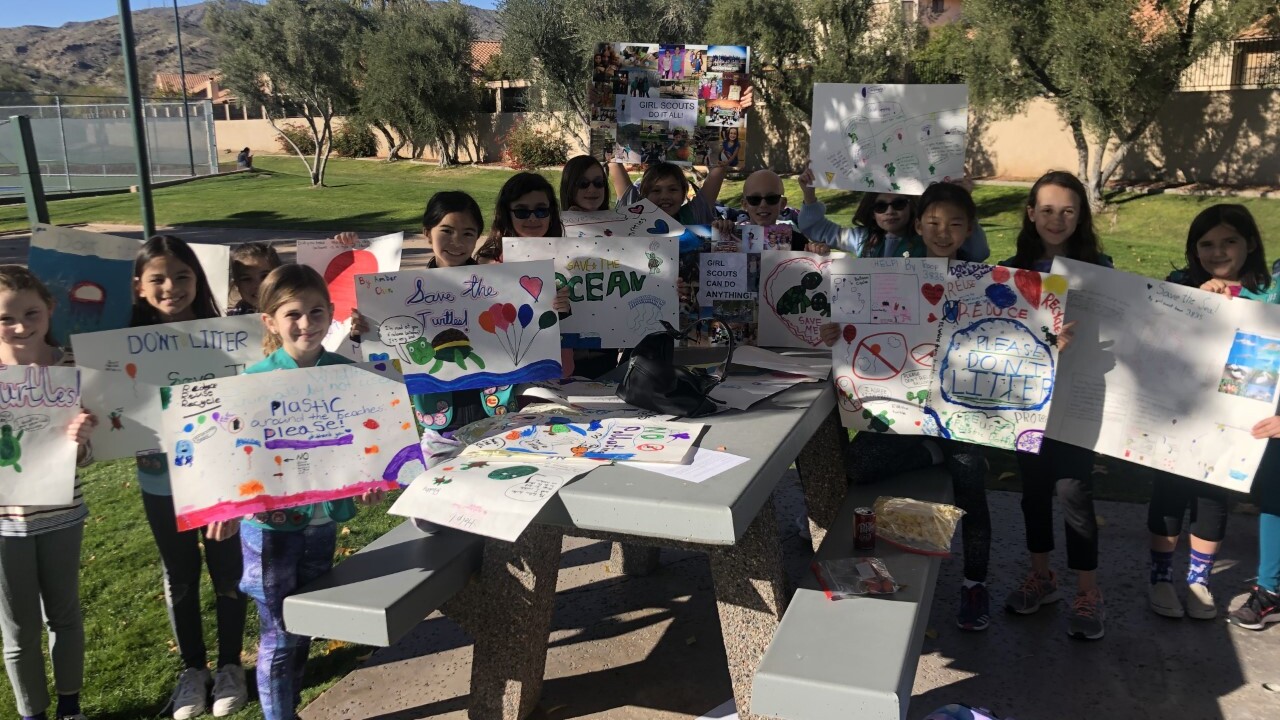 TEMPE, AZ — They're common at memorials, celebrations or sporting events, but a new bill would make releasing balloons into the air illegal in Arizona.

The bill would prohibit people from releasing balloons into "the atmosphere for any reason, including as a part of an event, promotional activity or product advertisement."

There would be four exceptions:

Rep. Epstein said if the bill becomes law, enforcement would be done by cities and towns. If someone gets ticketed, they wouldn't have to pay a fine but instead be sentenced to community service to pick up litter.

The inspiration behind the bill is a group of Arizona Girl Scouts. Fourth grader Amber Chen and 13 of the other members of Troop 3835 reached out to her after learning about plastic pollution.

“Girl Scouts are trying to make the world a better place, so once we found out that if you release balloons it can hurt birds and other wildlife, we decided to make a law about it. Because there is no law," said Chen. "Animals are awesome and we shouldn’t live in a world without animals.”

According to the National Oceanic and Atmospheric Administration, balloons that are released into the air can be harmful to the environment and wildlife.

Charles Rolsky is a PhD student at ASU researching plastic pollution and said balloons are part of a massive plastic waste problem.

"It has impacted virtually every ecosystem that it has been found in. And research shows that balloons specifically are the most fatal type of plastic for birds," Rolsky said.

Rolsky said animals can mistake balloons for food, and if eaten and ingested, they can lead to internal injury, starvation and death.

String or ribbon that is often found attached to balloons can cause animals to get tangled up and the string can wrap around them causing injury, illness and suffocation.

"If it's in the environment, it's going to stay there for a really long time. It's been known to have really really bad effects on the animals eating them, and even on the human beings, we're projecting it's going to have a pretty nasty affect on our health," he said.

Rolsky has been working with Rep. Epstein and the Girl Scouts on promoting the bill.

“It’s incredibly inspiring to see young women make an impact. They’re role models for kids all over the country and all over the world —that you can make a difference no matter how old you are," said Rolsky.

RELATED: NOAA's guide to plastic in the ocean