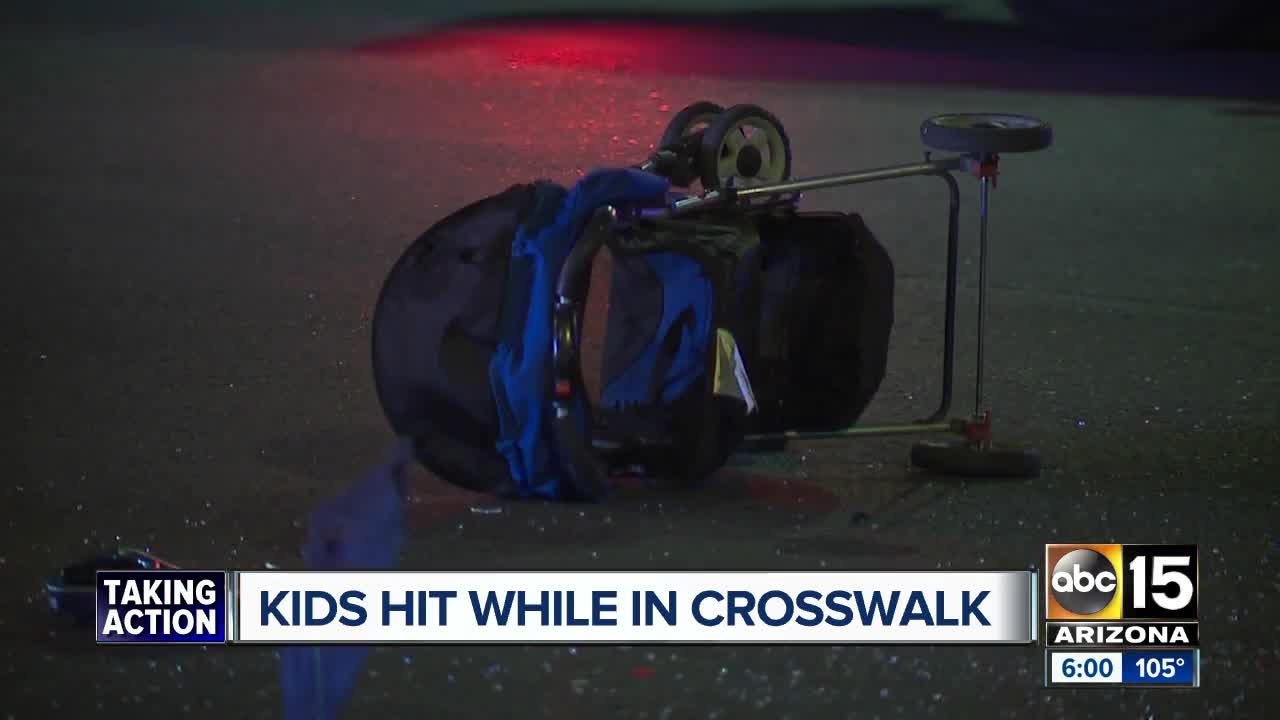 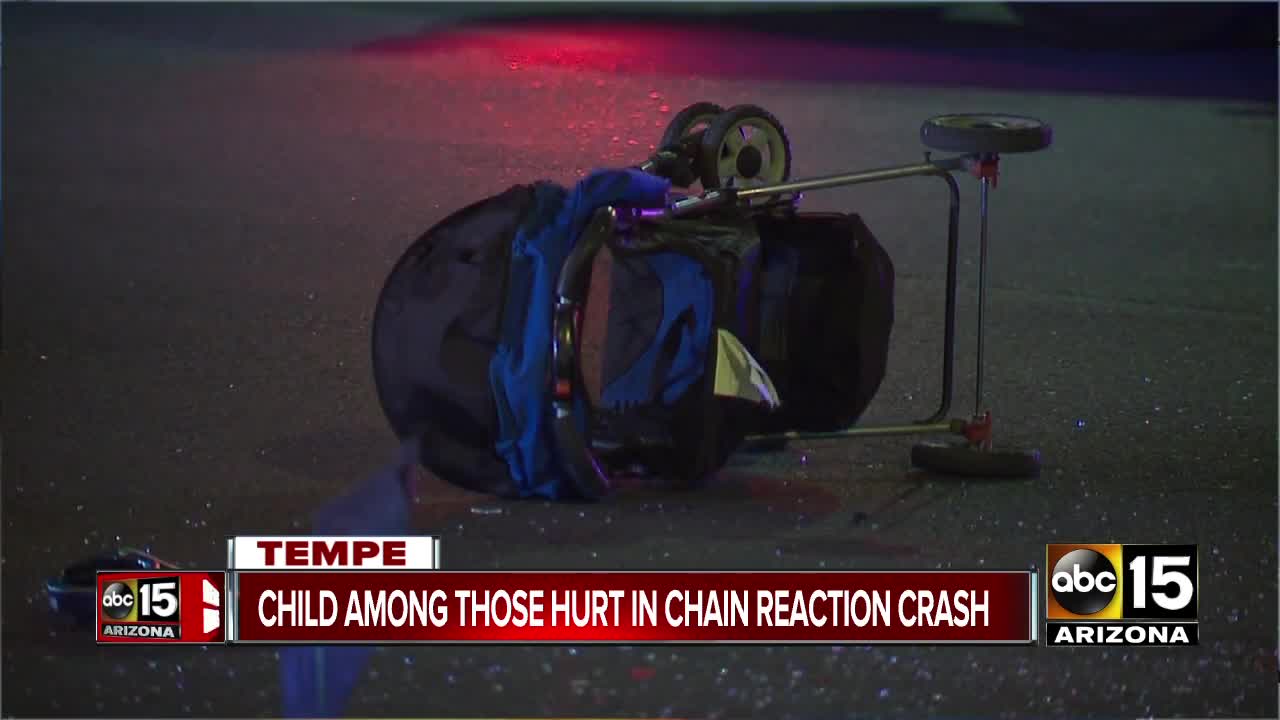 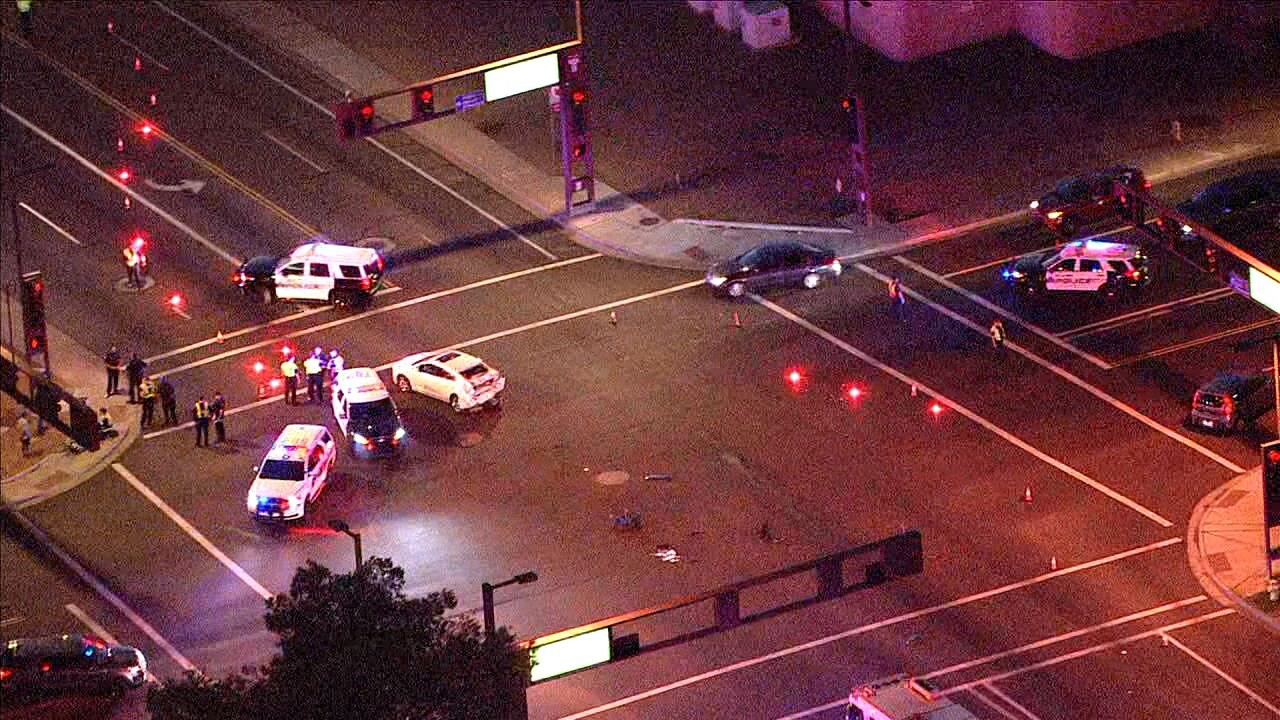 TEMPE, AZ — Two children walking in a crosswalk were hit after two cars crashed in Tempe.

The Tempe Police Department say a a vehicle was stopped at a traffic light at 48th Street and Southern Avenue when it was rear-ended.

The force from the crash sent the vehicle into the crosswalk, where it hit two young children who were crossing the street with their family, according to Det. Greg Bacon.

Two people, a 3-year-old girl and an 88-year-old woman, were taken to the hospital with serious injuries and a 10-year-old girl was hospitalized with non-life threatening injuries, firefighters said. A fourth person refused transport, according to the Tempe Fire Department.

Police say the 10-year-old was pushing the 3-year-old in a stroller when they were hit. The rest of their family was a little behind them and not injured.

Police say the 88-year-old was the driver that rear-ended the other vehicle. That vehicle was then forced into the crosswalk, which hit the children.

The 88-year-old was cited for failure to control speed. Impairment does not appear to be a factor.