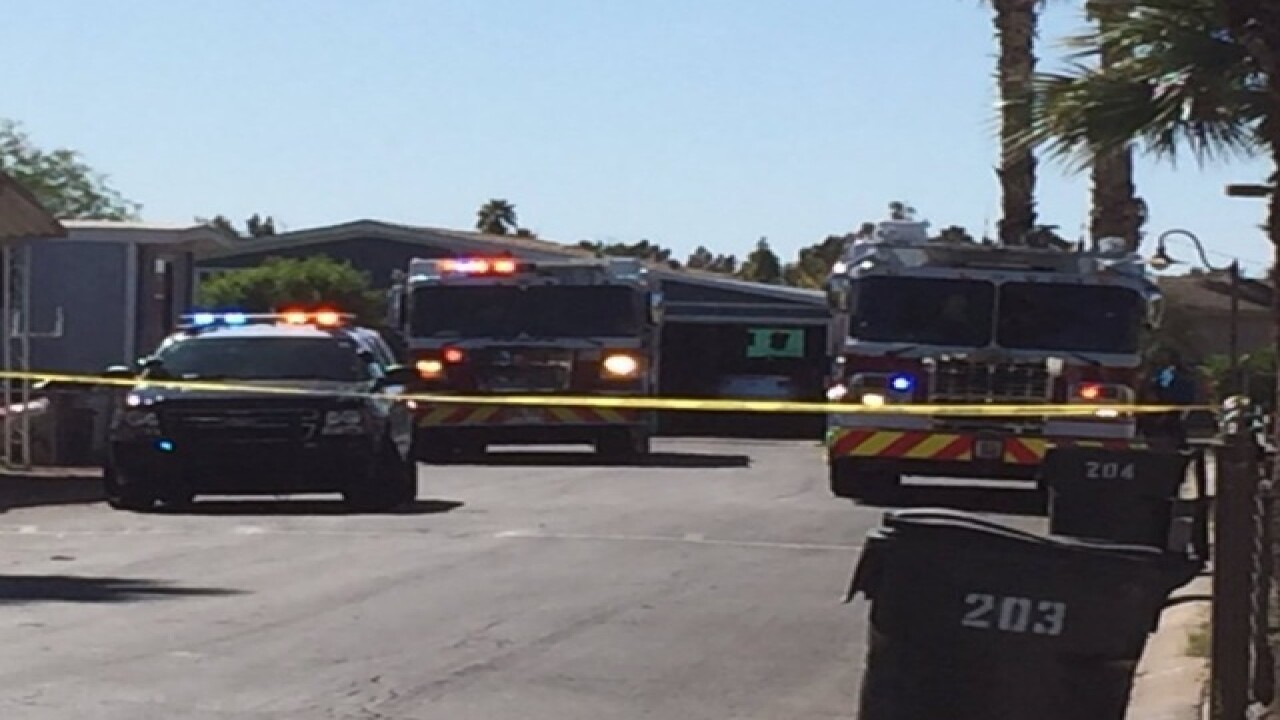 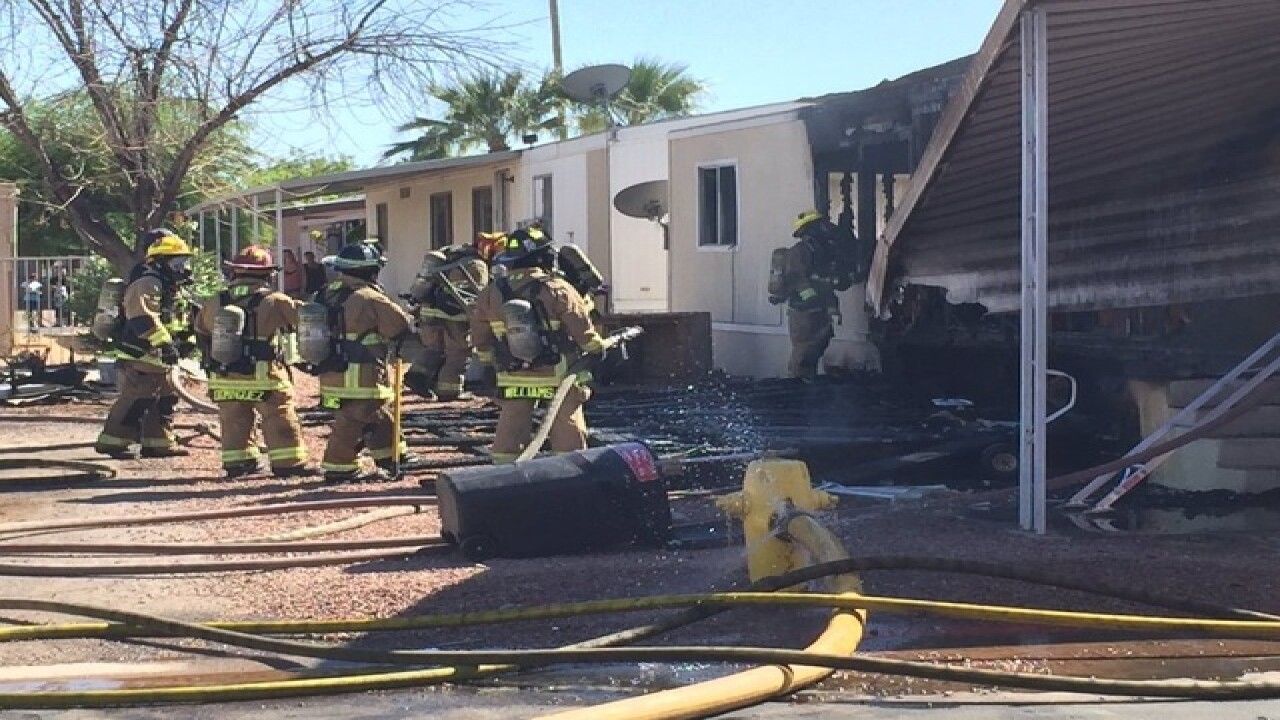 Investigators are working to determine how a fire started Saturday afternoon at a Tempe mobile home.

Firefighters were called just before 3 p.m. to a complex near the intersection of W. Baseline and S. Kyrene roads.

Authorities said the trailer caught fire and flames spread to two vehicles parked nearby. Crews initially entered the structure, but had to pull back due to the fire's intensity.

Firefighters were able to contain the fire so it did not spread to any other mobile homes.

There were no reports of injuries, though firefighters said a dog was found by crews after the fire was under control and was unable to be revived.

Officials did not immediately have an estimate of the damage.