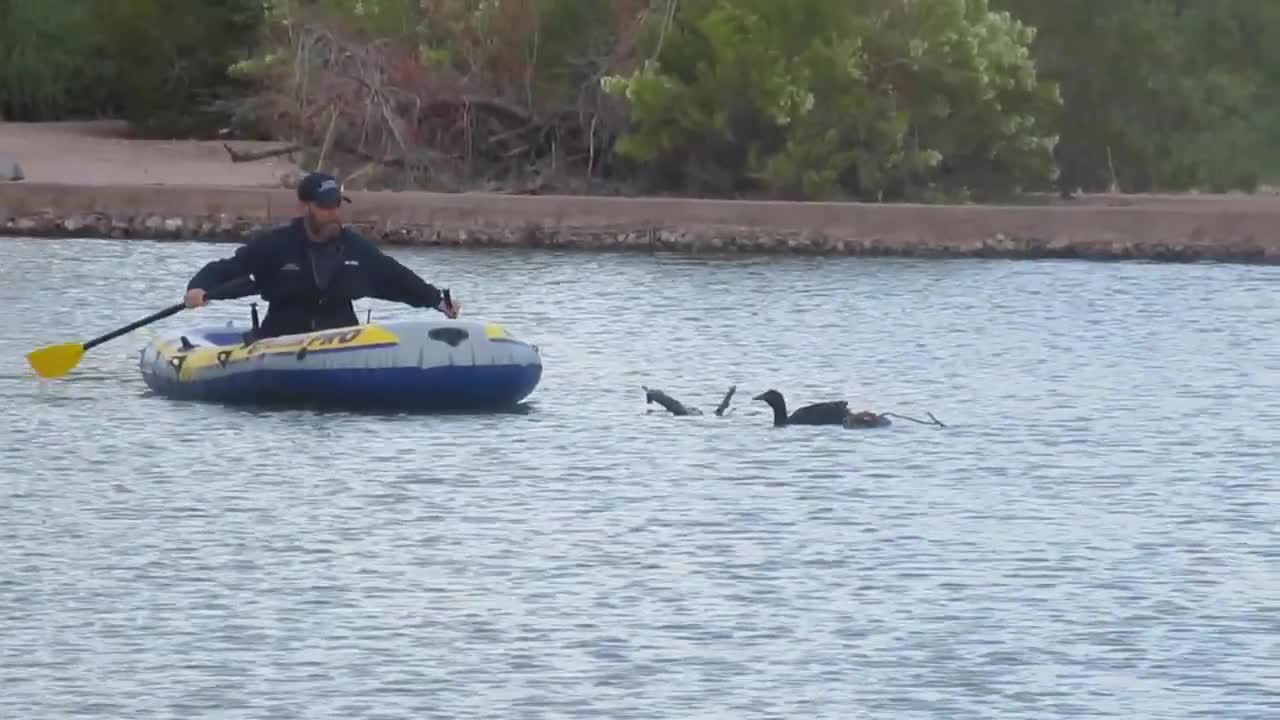 TEMPE, AZ — This is one lucky duck!

An Arizona Humane Society Emergency Animal Medical Technician recently helped save the life of a duck who was found injured at a Tempe pond.

Video from AHS shows EAMT Mark Smith coming to the rescue of the duck, who was entangled in fishing line on a piece of driftwood at Evelyn Hallman Park.

Smith says they weren’t able to reach the duck until another EAMT inflated a raft, allowing Smith to row into the water to reach the animal.

The duck broke free, but Smith noticed that the duck was choking on the fishing line. It took him nearly an hour to capture the duck and get him to safety.

Watch video of the rescue and hear from Smith in the video player above.

He took the duck to Liberty Wildlife where they performed surgery to remove a fishing hook. The duck stayed in their care for a month while he recovered.

Smith says getting to see the duck return to its home was a special moment.