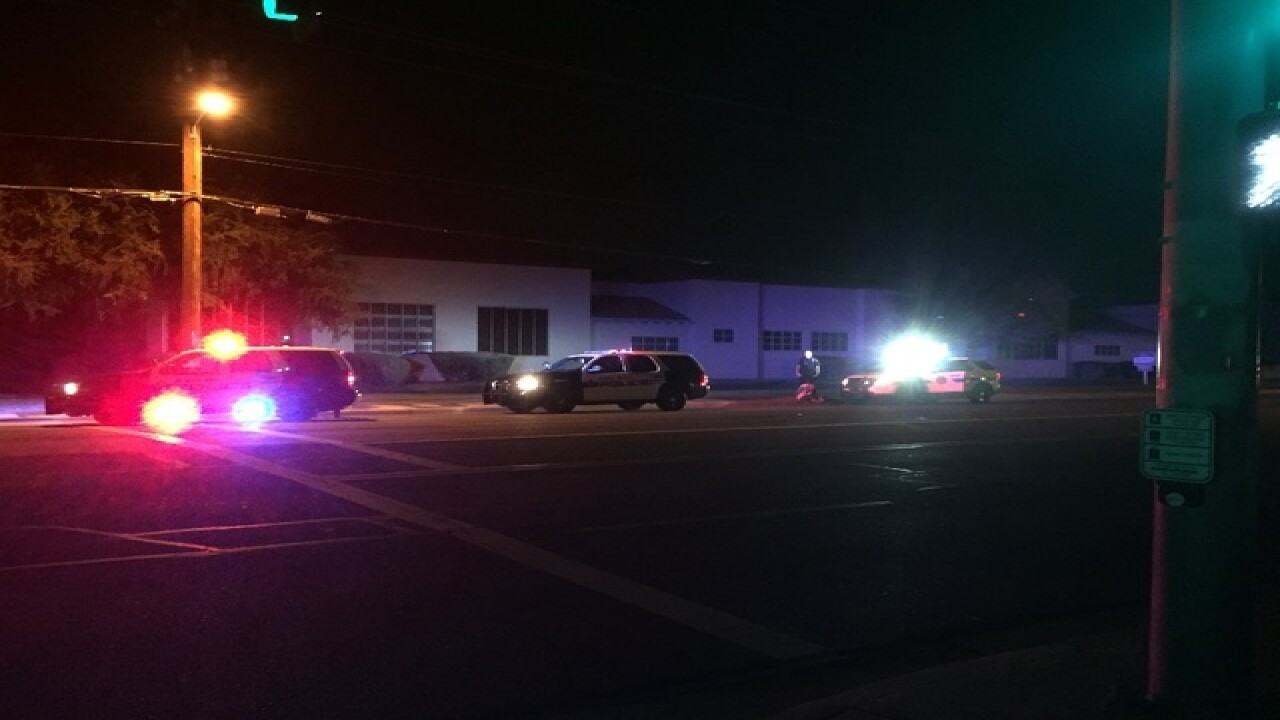 The Arizona Department of Public Safety says they’re investigating an assault and robbery with several suspects near Southern Avenue and the Loop 101.

A woman in her 20's was reportedly driving on the Loop 101 near the US 60 on her way home from work around 3 a.m. when she noticed a vehicle and several people on the side of the road.

According to officials, two females and two males were standing in the roadway and flagged the victim down for help. After the victim pulled over a female suspect entered her vehicle and began striking her.

Tempe police say that at one point the group of four told the victim to give them her car before they left on foot with her purse.

Eventually the suspects took off and attempted to enter a nearby home off of Southern Ave.

Four people have been taken into custody after being located at a nearby apartment complex, and police believe there are no outstanding suspects.

The victim was not seriously injured.

Three suspects are being charged with simple assault and robbery. The female suspect is a runaway.