DPS: One killed during crash near US-60/McClintock 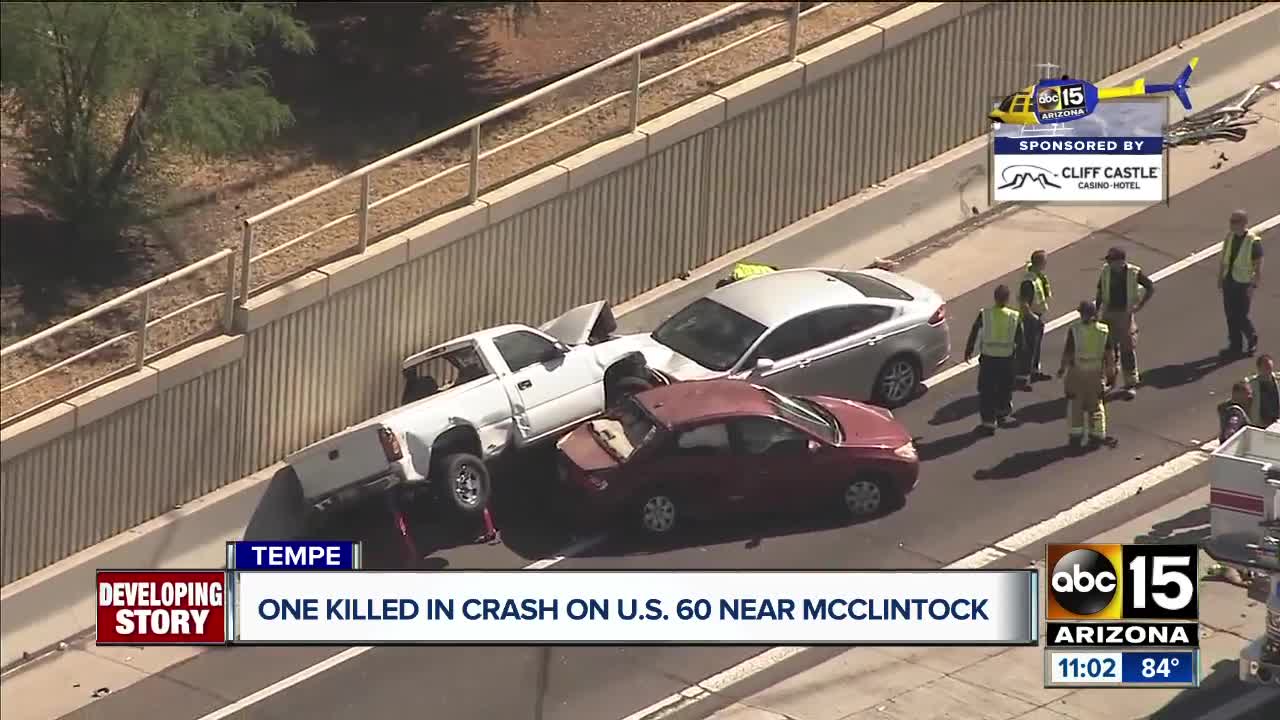 A man was killed in the crash Tuesday morning. 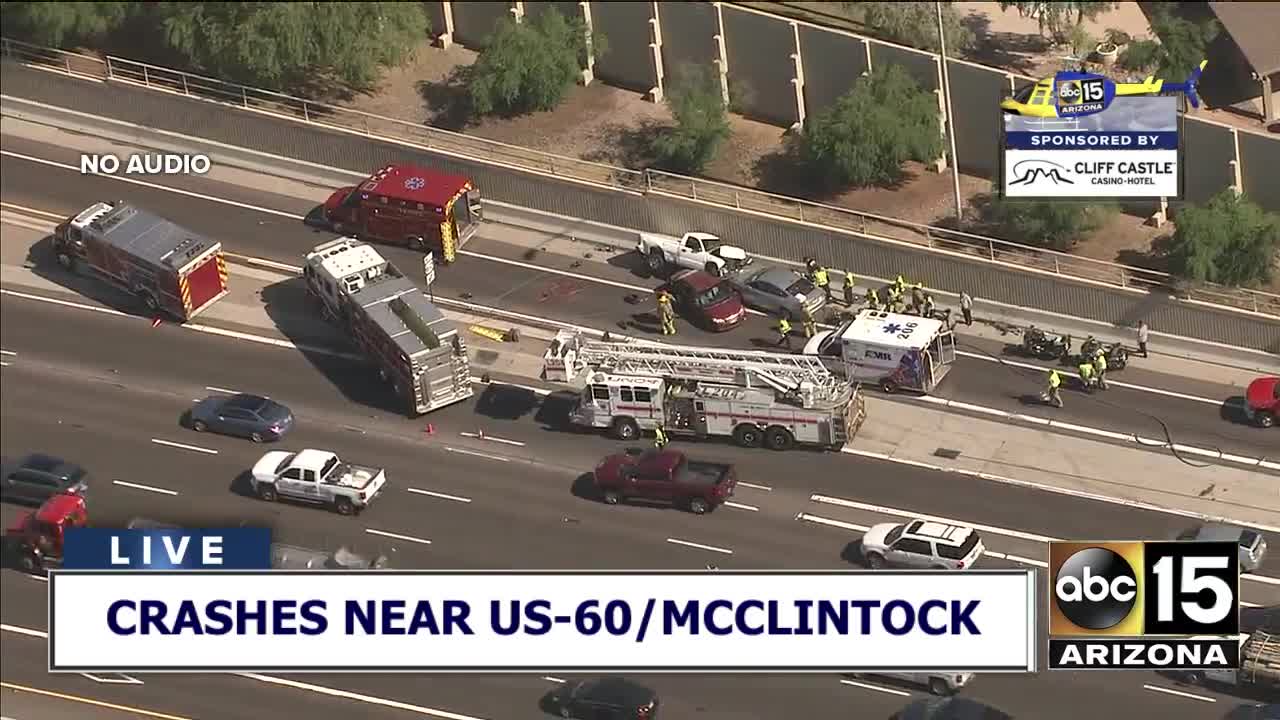 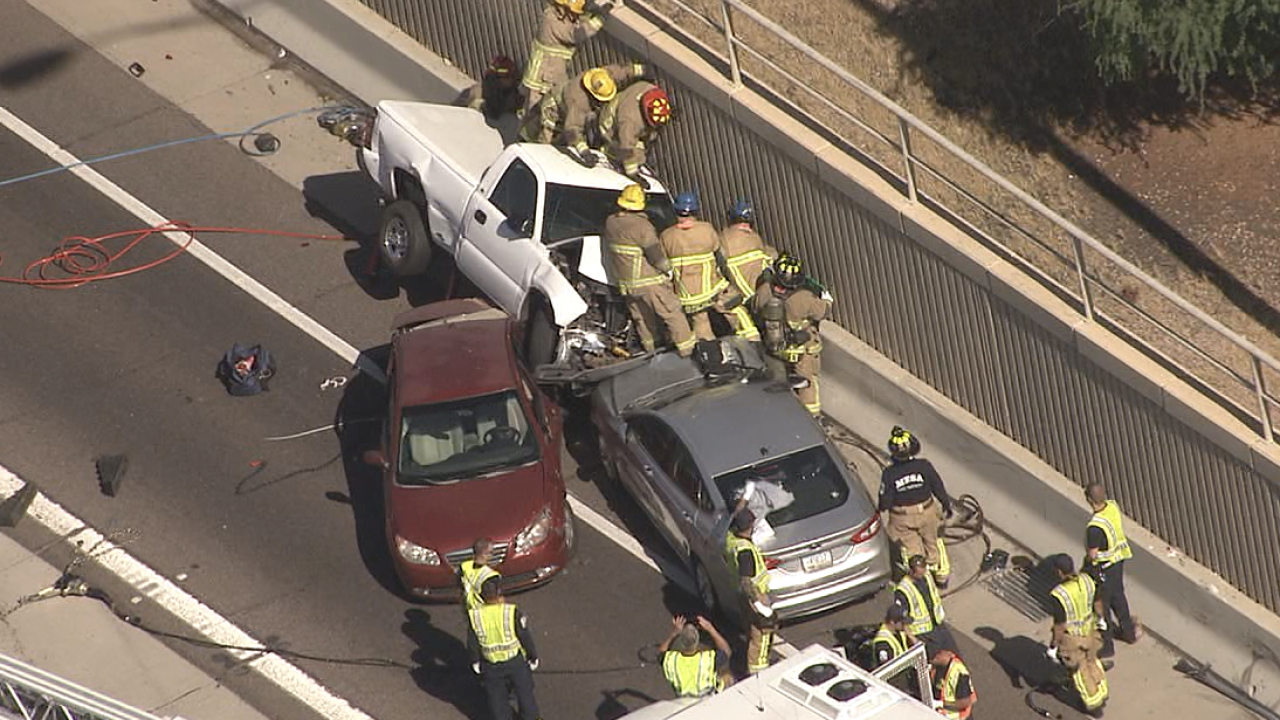 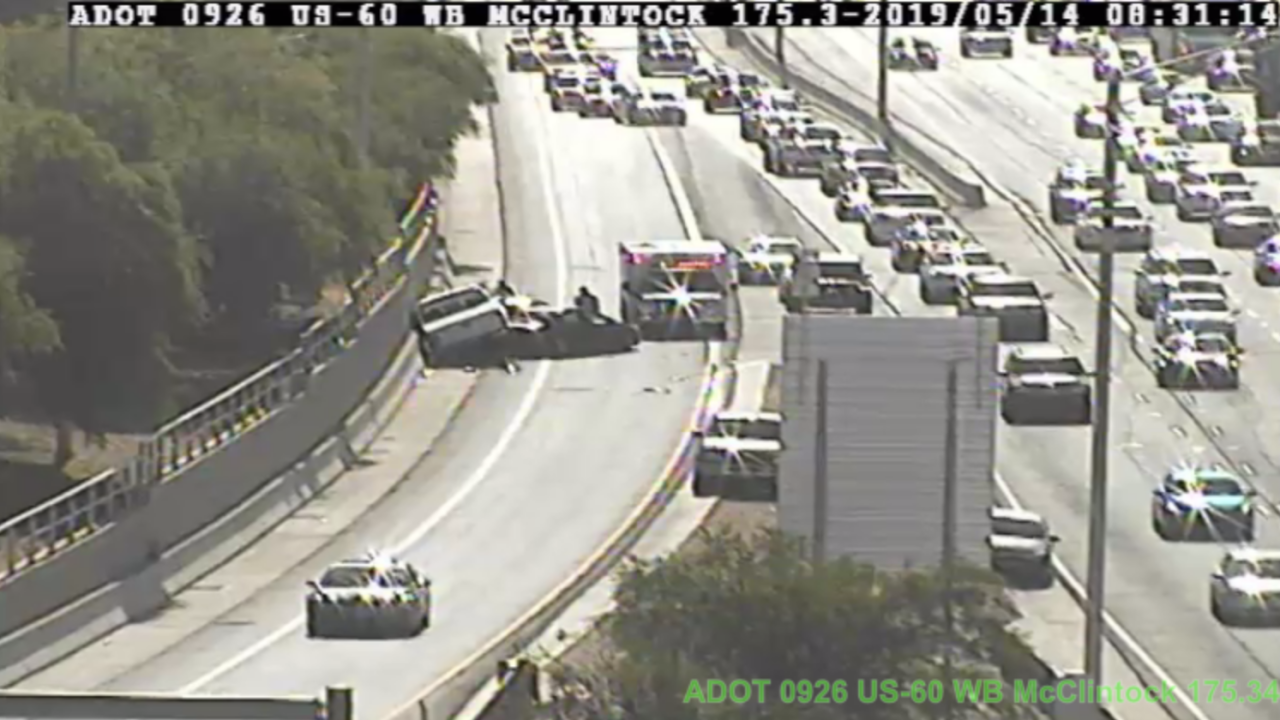 TEMPE, AZ — Westbound US-60 was closed at Loop 101 after a deadly crash on Tuesday.

The Arizona Department of Public Safety says two crashes were reported near US-60 and McClintock Drive Tuesday morning.

The first crash happened after 8 a.m., involving three vehicles on the left side of the westbound lanes. Minor injuries were reported in the crash.

A second crash occurred around 8:30 a.m. near the westbound McClintock off-ramp.

That crash included five vehicles. A 49-year-old male, identified as Richard Cary Ligon, was ejected from his vehicle and has died, according to DPS.

DPS also believes that driver is responsible for the crash.

Video from the scene showed multiple vehicles up against the freeway wall where fire officials were working.

The US-60 westbound was closed for several hours at the Loop 101 but has since reopened.