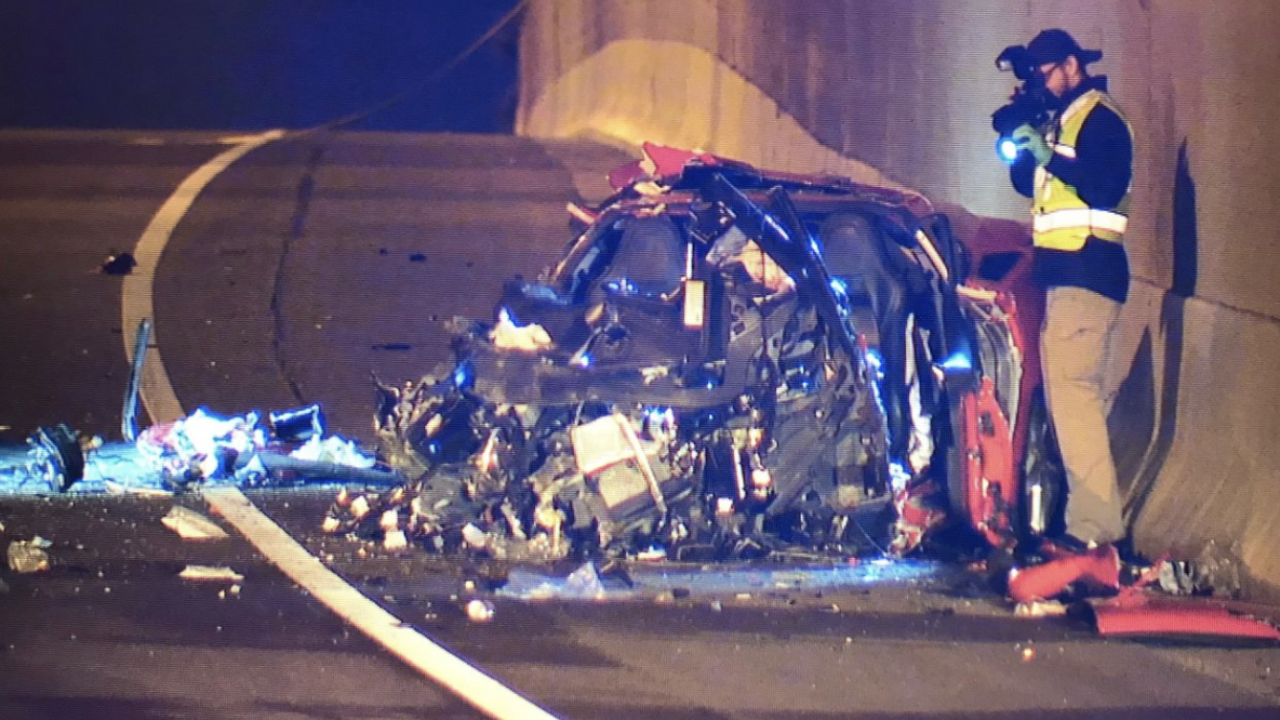 The crash occurred on SR-51 near Indian School Road around 2 a.m. Monday, November 4.

According to Tempe Police Department, an on-duty Tempe Sergeant and on-duty officer were driving in separate marked vehicles for a missing person investigation.

When they were on northbound SR-51, the Sergeant’s vehicle was struck by a wrong-way driver, Eldorado Mukaj, who was driving a Corvette. The second patrol vehicle was also involved in the crash.

The force of the collision caused the Corvette's engine to fly out of the heavily damaged car, landing on the roadway.

Tempe police say both of their officers were taken to the hospital with non-life-threatening injuries.

Police say the officers were not pursuing anyone at the time of the crash, were not driving in any emergency manner, and did not have any lights or sirens activated.

Mukaj has been charged with aggravated DUI, two counts of aggravated assault and four counts of felony endangerment.

Authorities say Mukaj has extensive injuries and continues to undergo long-term treatment in a hospital. His injuries are so severe that he cannot be booked into jail at this time.