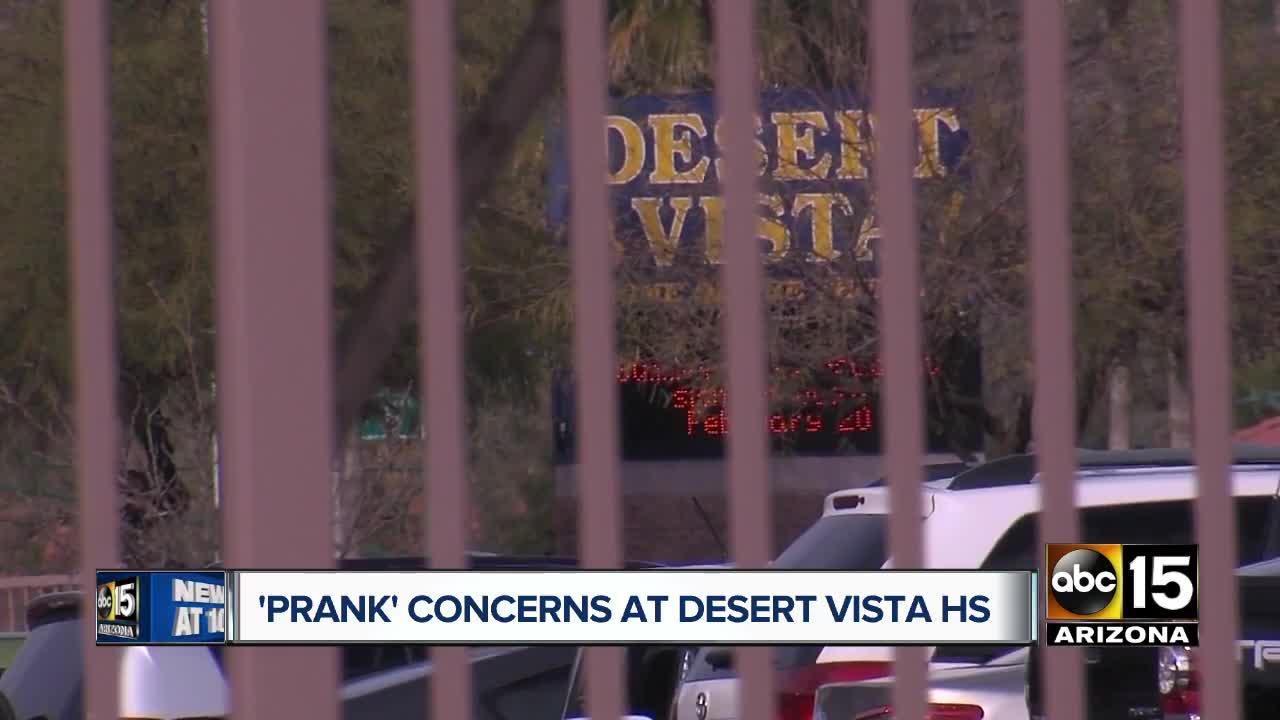 Prank suggests seniors will pretend entry to school is like Mexico. 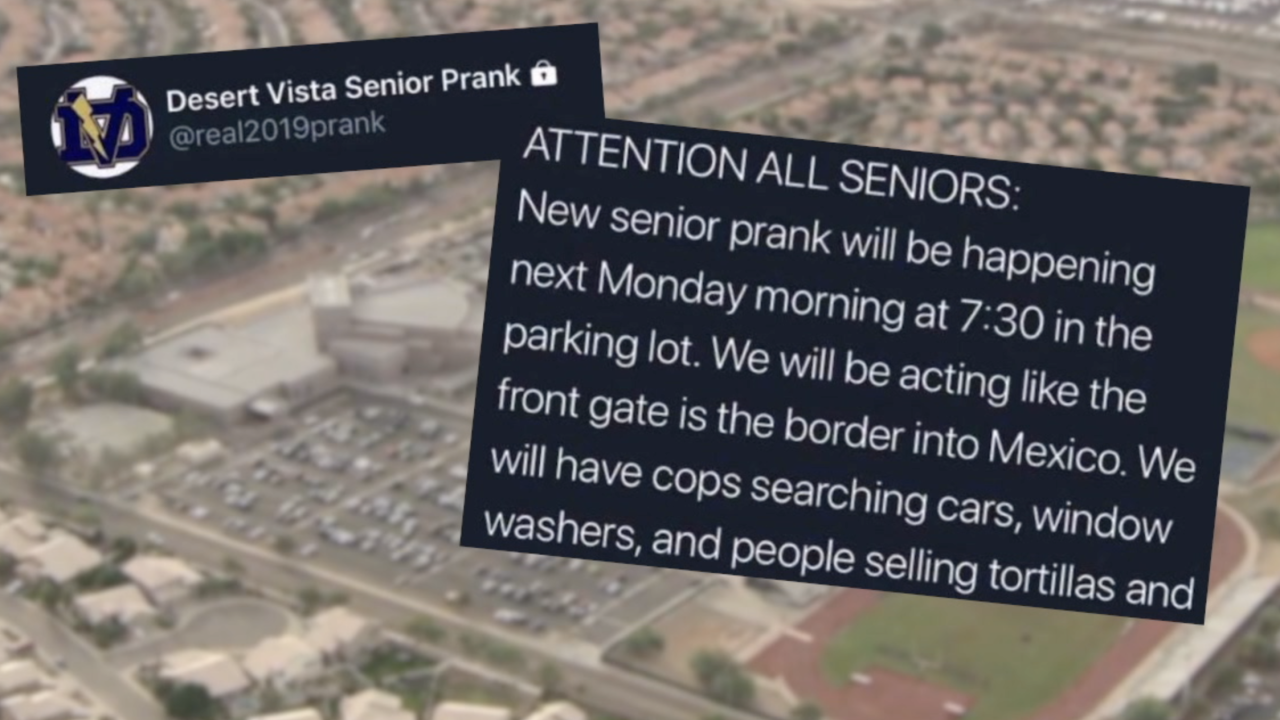 The tweet implied that on Monday morning, graduating seniors will pretend the front gate to Desert Vista High School is the border into Mexico.

The Tempe Union High School District sent a notice to parents saying in part the tweet was, "insensitive and thoughtless and absolutely unacceptable."

It went on to say, "We will continue communicating with seniors about our expectations regarding senior pranks and behavior related to graduation."

The district says they have been told by multiple members of the class of 2019, that this prank is not something they would do and they're appalled by it.

This isn't the first time Desert Vista High School has had to deal with a problematic prank. In 2016, the school made national headlines after six senior students were pictured lined up in t-shirts spelling out a racial slur.

The picture went viral outraging many and leading to protests at the school.

The tweet inspired multiple responses on Twitter such as, "I don't think we want to end up on national television again" and "Did we learn nothing from the class of 2016?"

The Tempe Union High School District says that seniors are not even scheduled to be on campus early Monday morning - only in the afternoon for graduation practice.