One dead in crash on Interstate 10/Warner in Tempe, DPS says 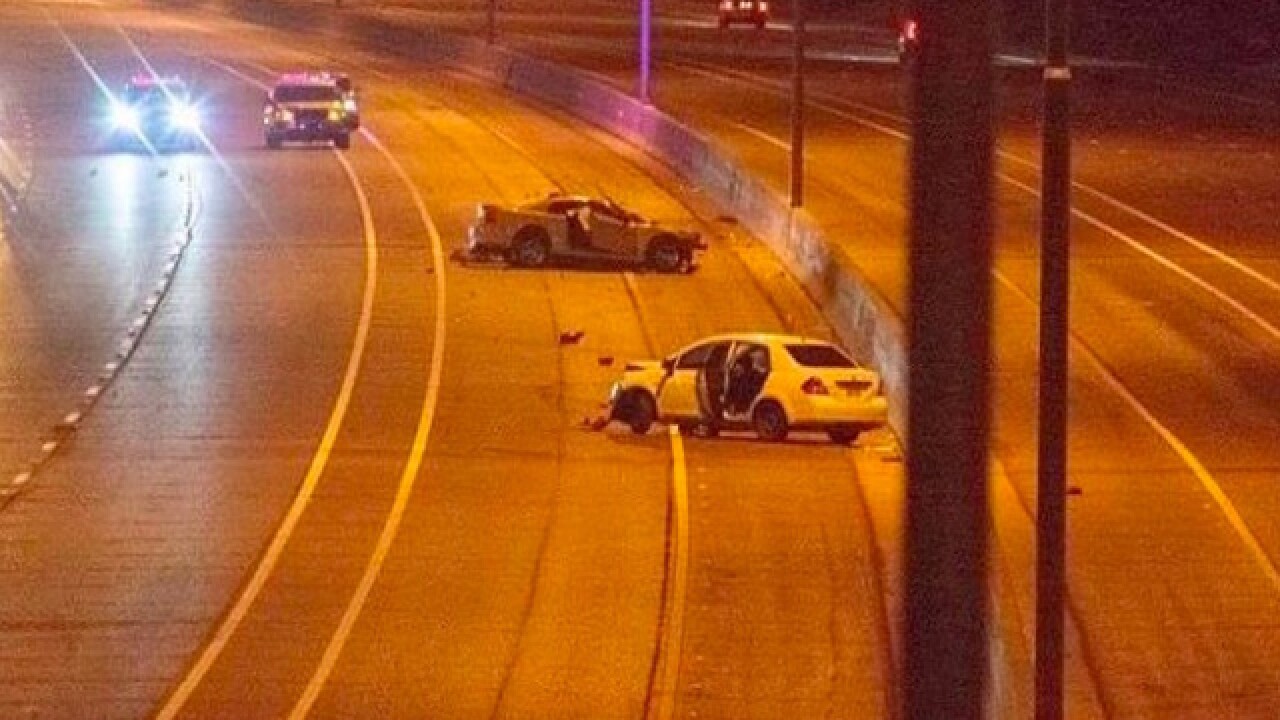 Copyright 2018 Scripps Media, Inc. All rights reserved. This material may not be published, broadcast, rewritten, or redistributed.
JamesGray Photography 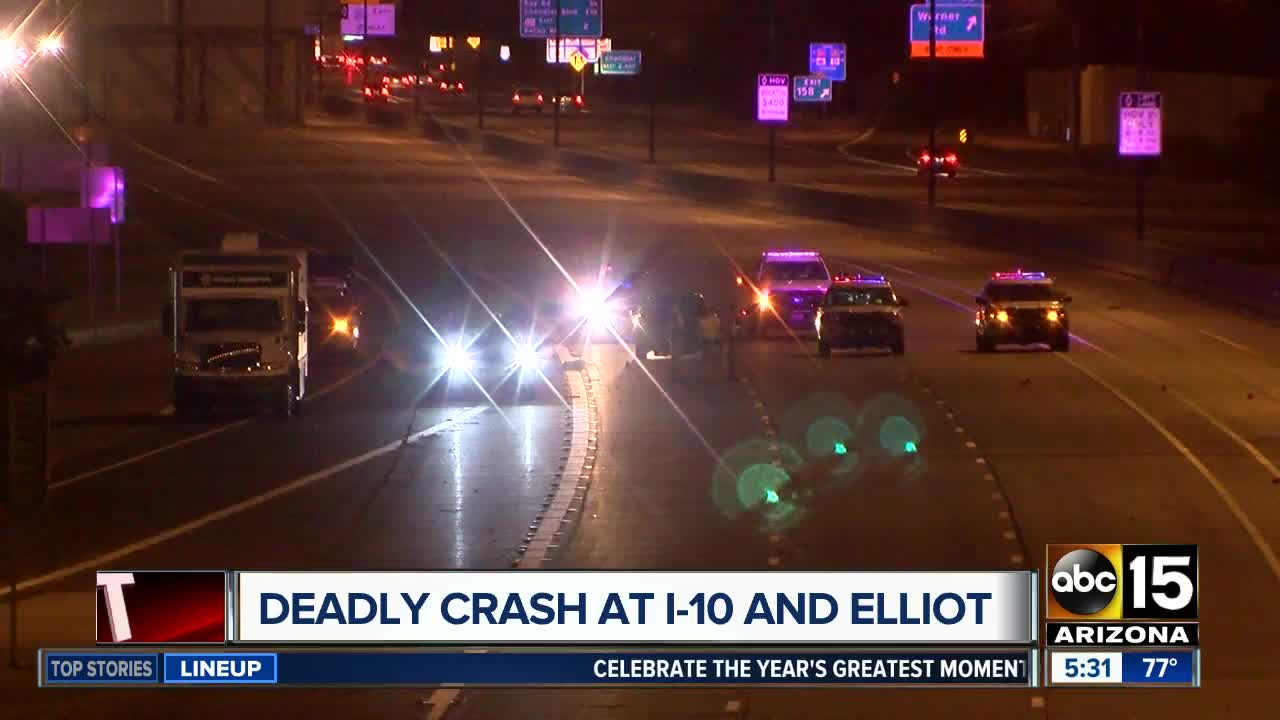 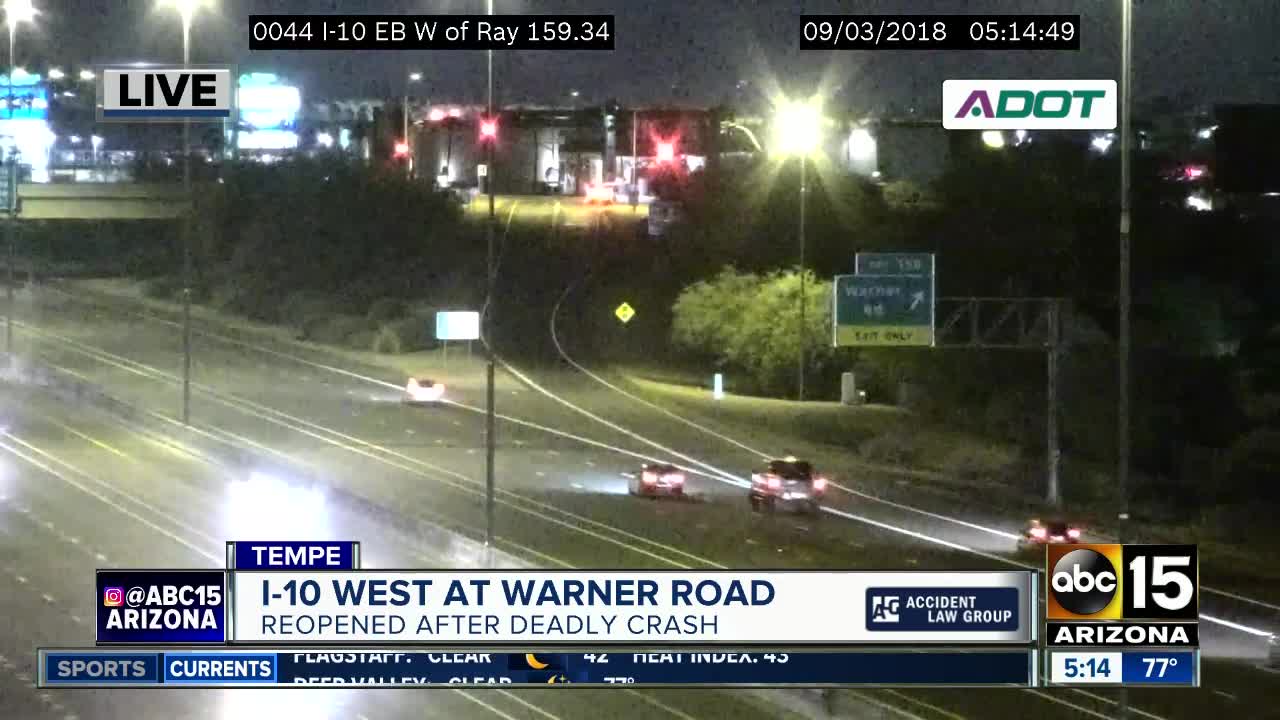 Westbound lanes of Interstate 10 are back open at Warner Road after a deadly crash overnight.

REOPENED: I-10 WB at Warner: Road has reopened after a crash. #phxtraffic pic.twitter.com/qrwQFfERao

According to the Arizona Department of Public Safety, two vehicles were involved in the crash that left one person dead.

Westbound traffic was shut down around 12:30 a.m. Monday, forcing all drivers to exit before the closure.

Eastbound lanes are not affected and it's still unknown how the crash occurred.