Complaints about trash and homeless at Papago Park in Tempe 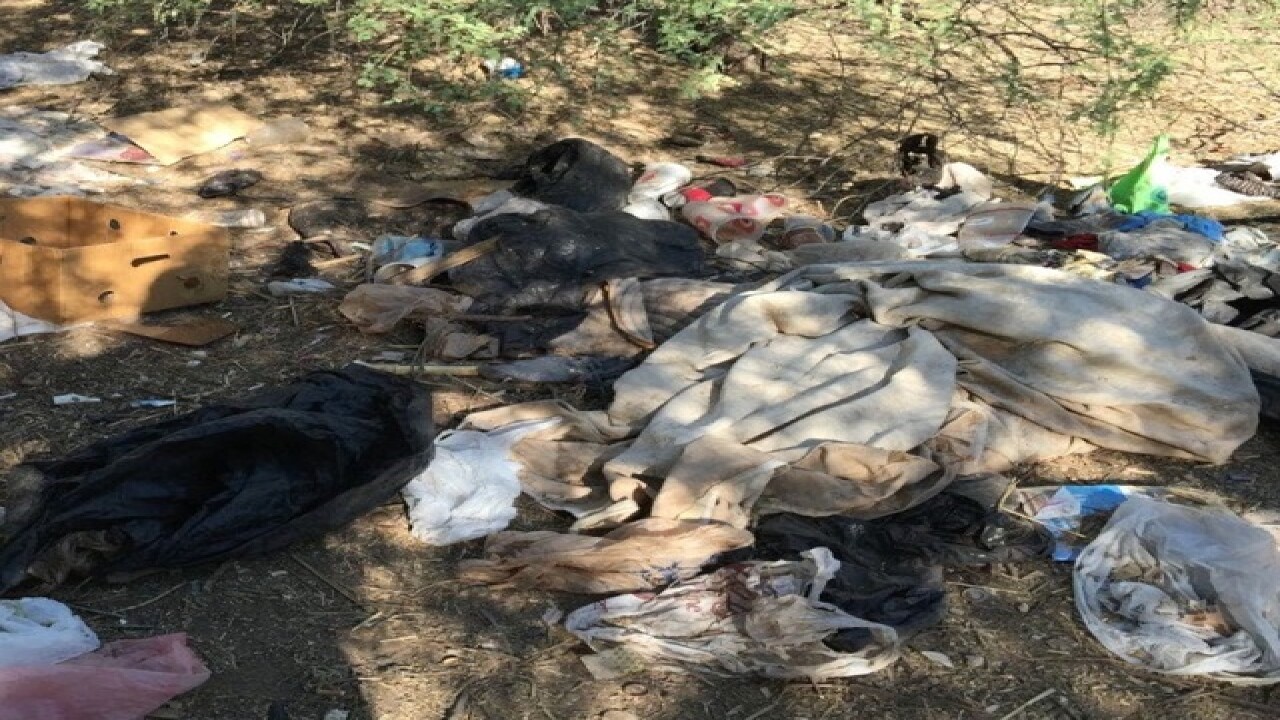 After numerous complaints from residents using Papago Park trails, the city of Tempe is working on coming up with a long-term solution to fix the problems of trash and homeless camps which seem to keep popping up.

The city did a big clean up in several areas of the park about three months ago, but residents have complained and said the trash is back, and so are the homeless.

Many feel the clean-ups are just a band-aid fix to a much bigger problem.

He had pledged to walk the trails every two weeks and look at the problem areas identified by concerned residents for himself.

"It was really at a scale that I hadn't anticipated or thought was even possible in Tempe. Frankly, it was a disaster. Piles of trash, shopping carts, it wasn't just people passing through. It was people that had living room furniture set up, clothes hanging up," said Granville.

In addition to the trash, residents worried about safety. One man who asked not to be identified said he had been attacked by a homeless man with a knife.

Granville said he too felt harassed during one of his walks to check out conditions at park trails.

"The first time, I was cat-called and yelled at. Like, 'Why are you walking around in my neighborhood?' Um no.  This is a park. You're actually squatting here. It's against the law," said Granville.

A Tempe spokeswoman said workers went through and cleaned up the area 12 times since April. That included passes through Tempe Butte, LoPiano Bosque, Green Belt and Hallman Preserve. Crews picked up almost 10 tons of trash and put in more than 250 hours of labor.

She added that it had proved to be a difficult solution and they hoped to manage it holistically, taking the homeless population into account. The city was sending outreach teams to the area to help get services for the homeless.

Granville said one solution was to add more full-time staff to the outreach teams.

In a statement, city officials said they understood "the seriousness and urgency of what people are saying to us. We are trying to solve it with a measure of humanity and compassion and are asking for patience as we do that."

The city has five addition clean-ups scheduled in the area during September and October, including three in the next week or so.

The city plans to host a presentation to council at a meeting scheduled to take place in mid-October.