Child pushed back during tense encounter with Tempe police 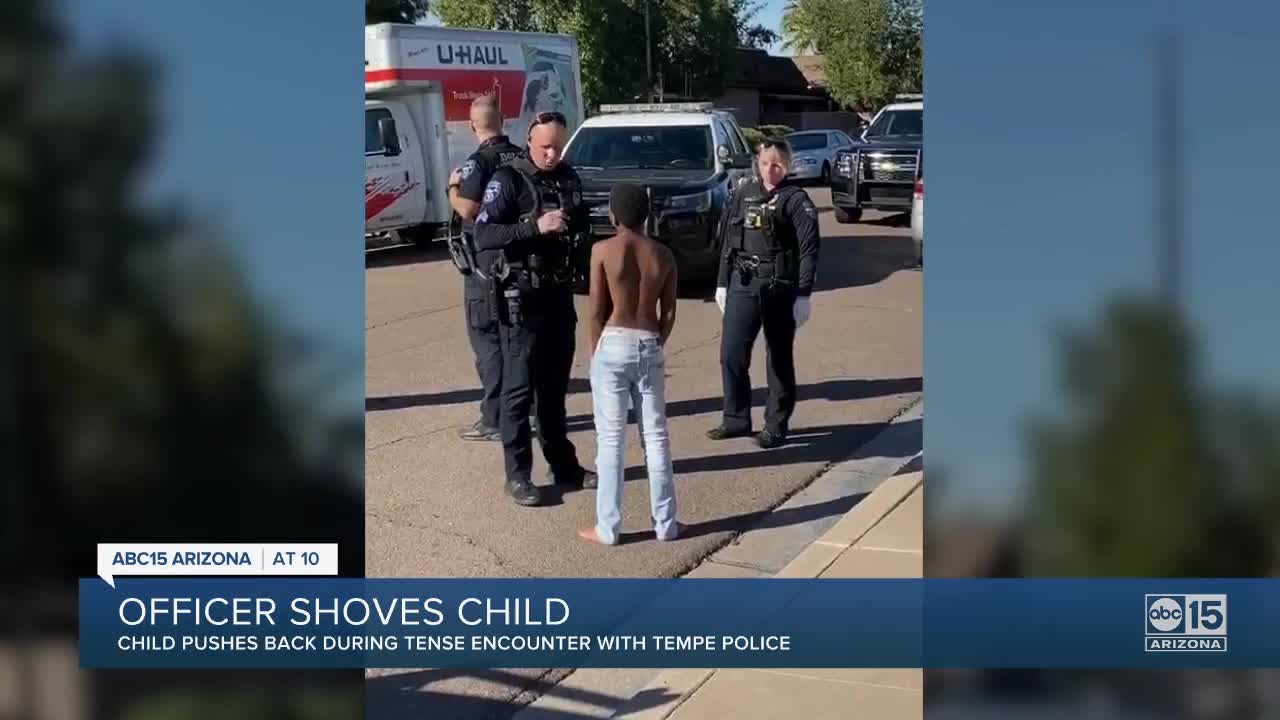 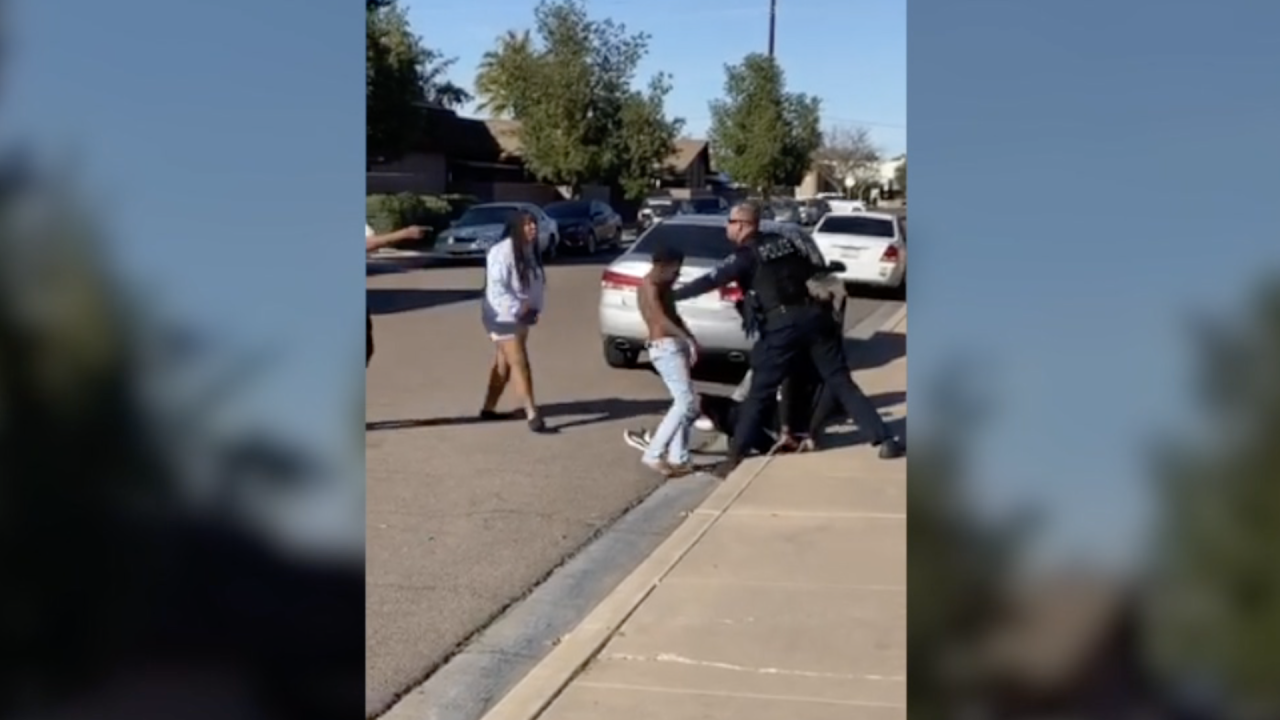 TEMPE, AZ — The Tempe Police Department is reviewing an incident where an officer is recorded on camera shoving an 11-year-old child who confronted the officer while he was detaining the boy's older brother.

The situation started when someone called Tempe police about two older teens loudly arguing and possibly fighting in the middle of the street.

When the officer arrives, he immediately detains one of the teens who quickly becomes angry at the officer's tone.

"I'm talking to you like somebody who is standing in the middle of the street trying to fight," replies the officer.

The officer is familiar with one of the teens involved and expresses his frustration with the call.

"I am tired of coming out here and dealing with Keith and all this sh-- and people standing here," says the officer.

The encounter was recorded by a bystander who saw the White officer interacting with a number of African American teens and their siblings.

The incident is tense and hostile at times with the teens cursing at the officer and calling him names.

As the parties are going back and forth, an 11-year-old chimes in and tells the officer to essentially send someone else. He tells the boy to listen to his older sister and go inside, which sets off the older siblings.

Eventually, the 18-year-old brother, Keith, gets involved and gets into it with the officer who pulls his taser out.

Keith is detained next to the other teen, and while being forced to sit on the sidewalk, he tries to stand up. The officer pulls him back to the ground and his 11-year-old brother comes running out and gets in the officer's space, looking to challenge him.

"Get away from me," the officer tells the child. When he does not move, the officer pushes him in the chest with one hand, knocking the kid back and to the ground.

"We can look at things and say these things happen so quickly and they are driven by emotion. So family members approach that officer and in order to keep himself safe and the scene safe he had to, unfortunately, push the 11-year-old and remove him from the scene."

Pastor Andre Miller, a community leader who helps police departments improve minority relations, said there are a lot of things that contributed to the escalation.

"There is blame to be had on both sides," he said. "African-American kids have a mindset or thought process when you talk about police officers...they see that minority communities, at times, are policed a little bit harsher than other communities."

Miller believes the officer could have been more professional in how he talked to the teens because his language led to more confrontation. He also does not make excuses for the language and hostility of the teens or their siblings.

"[His language] elicited a response from the kids, and then you got the spiral that goes down. At the end of the day, everyone is responsible for their own behavior, nobody gets a pass here," he said.

Tempe police say they are reviewing the incident. "There are always things that we can do better, and I think this will be an opportunity for us to examine this and look at ways that we can improve," said Det. Barela.

"I plan on having conversations with the chief, and the mayor," said Pastor Miller. "I think that it just highlights that there’s a lot of work that needs to be done."

Miller said he hopes to have the family and police department sit down and begin reconciling their differences and hopefully come to an understanding. He also said he will talk with the city about implicit bias and showing respect in all encounters.

Keith, the 18-year-old, was booked into jail for two misdemeanors - disorderly conduct and obstructing a thoroughfare. The family could not be reached for this story.