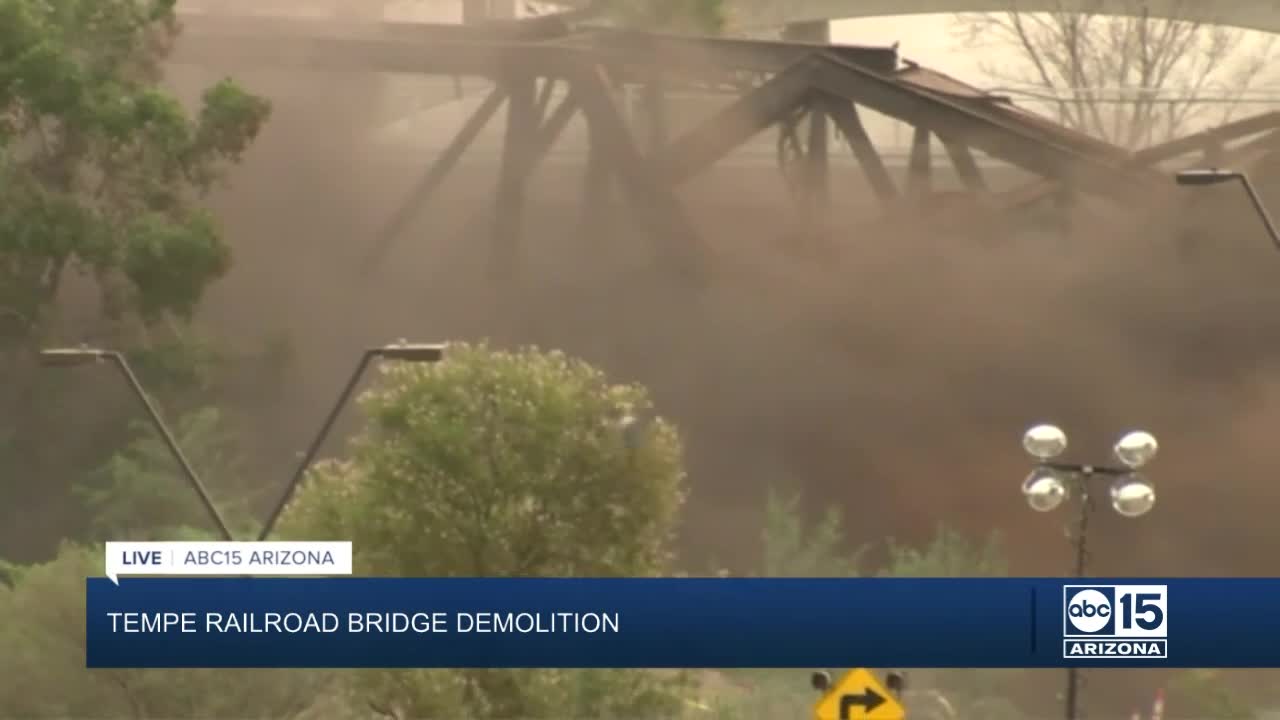 A portion of the damaged Tempe Town Lake bridge was demolished Sunday morning. 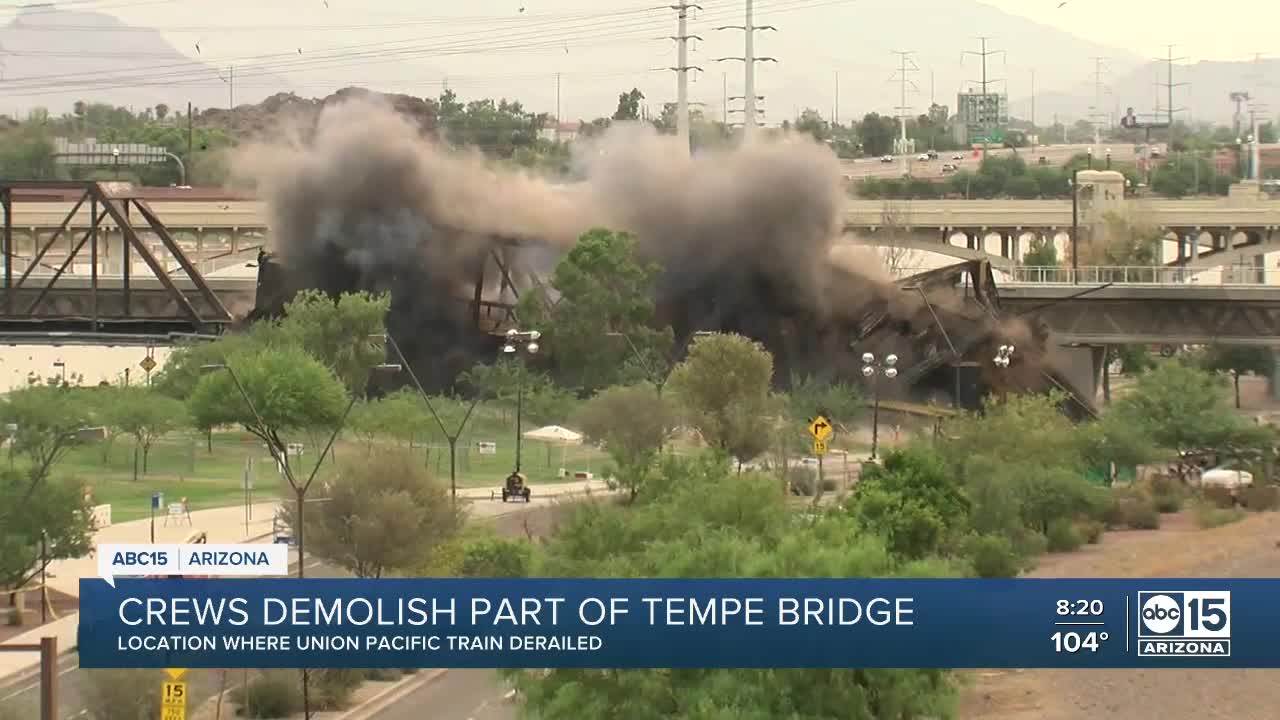 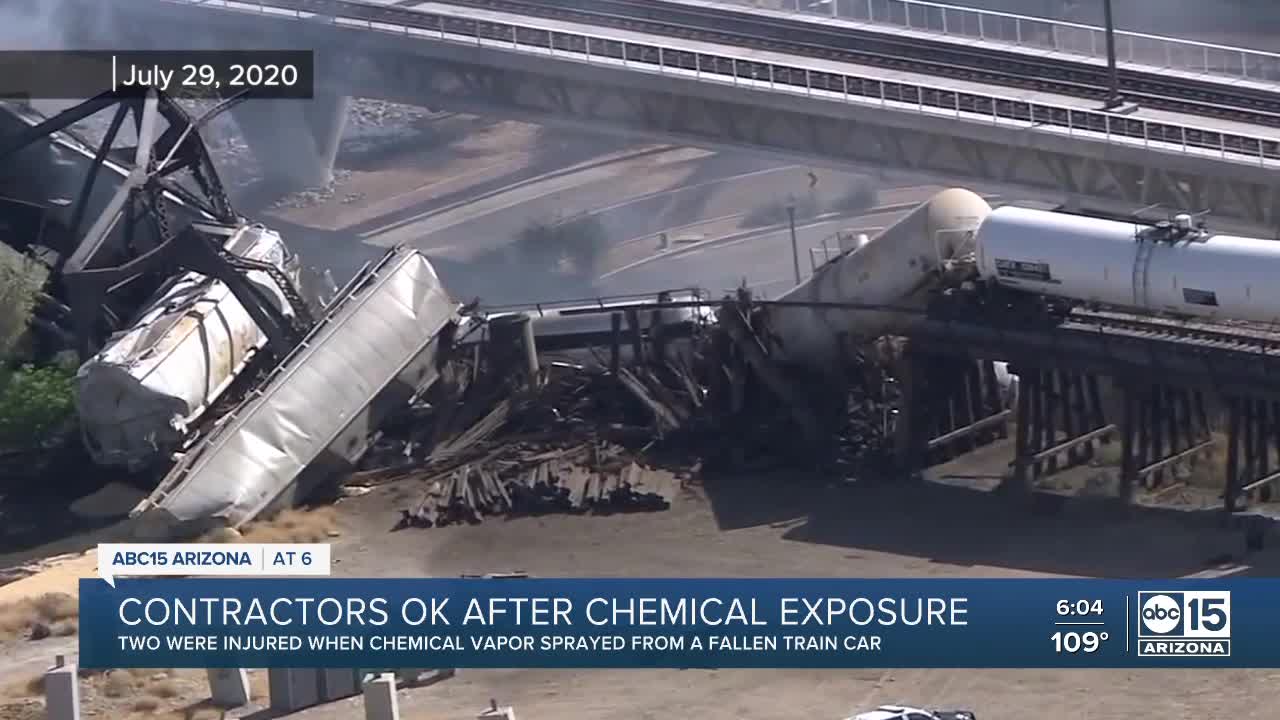 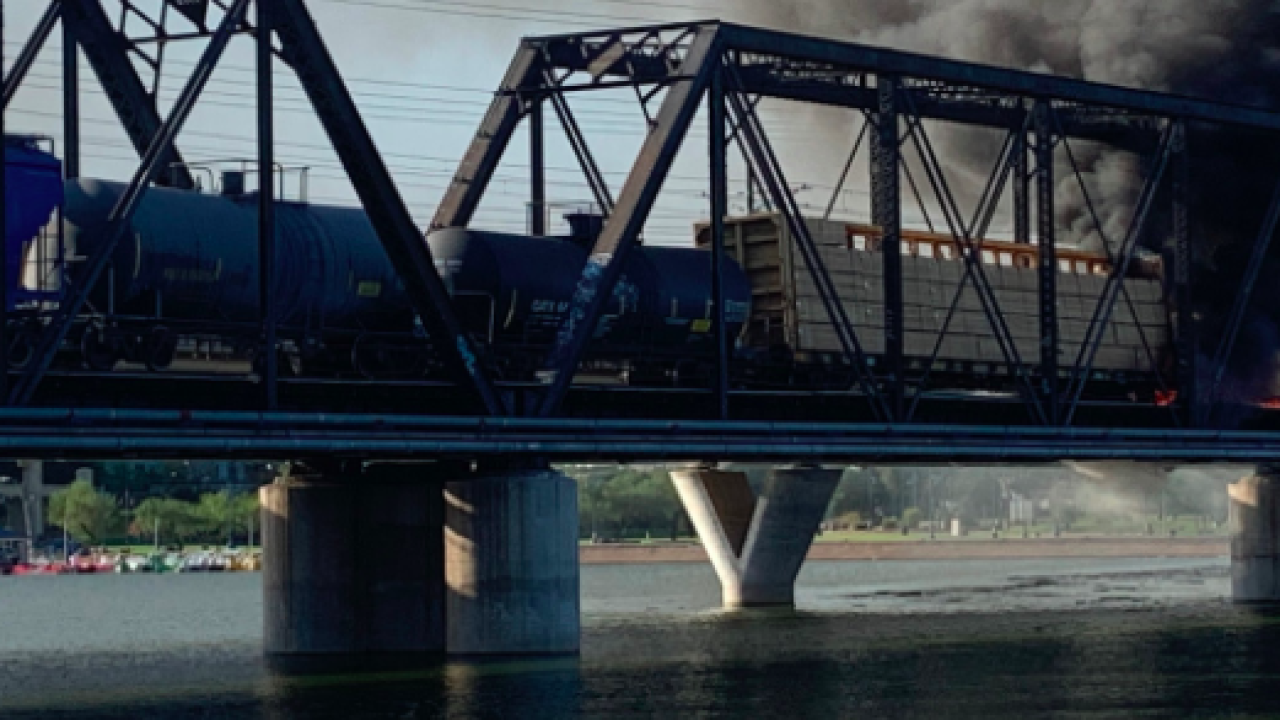 TEMPE, AZ — Tempe officials have demolished part of the bridge that was damaged after a Union Pacific train derailed and caught fire while crossing a bridge over Tempe Town Lake Wednesday.

Assistant Tempe Fire Chief Andrea Glass said they were going to use small precision cutting charges around a section of the bridge to demolish and remove a small part of the bridge that received severe damage due to the fire.

The portion demolished is a 150-foot section located on the south side of the lake between Tempe Town Lake and Rio Salado Parkway.

The demolition occurred after 8 a.m. Sunday.

The demolition was temporarily delayed Sunday after a few people failed to remain indoors near the bridge.

Officials advised that residents and businesses would hear a loud noise similar to large fireworks.

Residents in the area south of the worksite were to evacuate during the work hours of 7 to 9 a.m.

The Westside Multi-Generational Center provided an area for those residents to stay cool during the work hours as early as 6:30 a.m. Staff was said to be requiring masks and temperature checks would be completed before entry. Residents who don’t have a mask and need to be evacuated would be given one.

Gas service was set to be turned off in nearby areas including Culinary Dropout, Sasquatch Bar and a community pool on 1st Street during the construction.

Valley Metro had a temporary hold during the demolition as well.

Union Pacific says anyone impacted by the evacuation that needs assistance or has questions can call 877-877-2567 and choose option one.