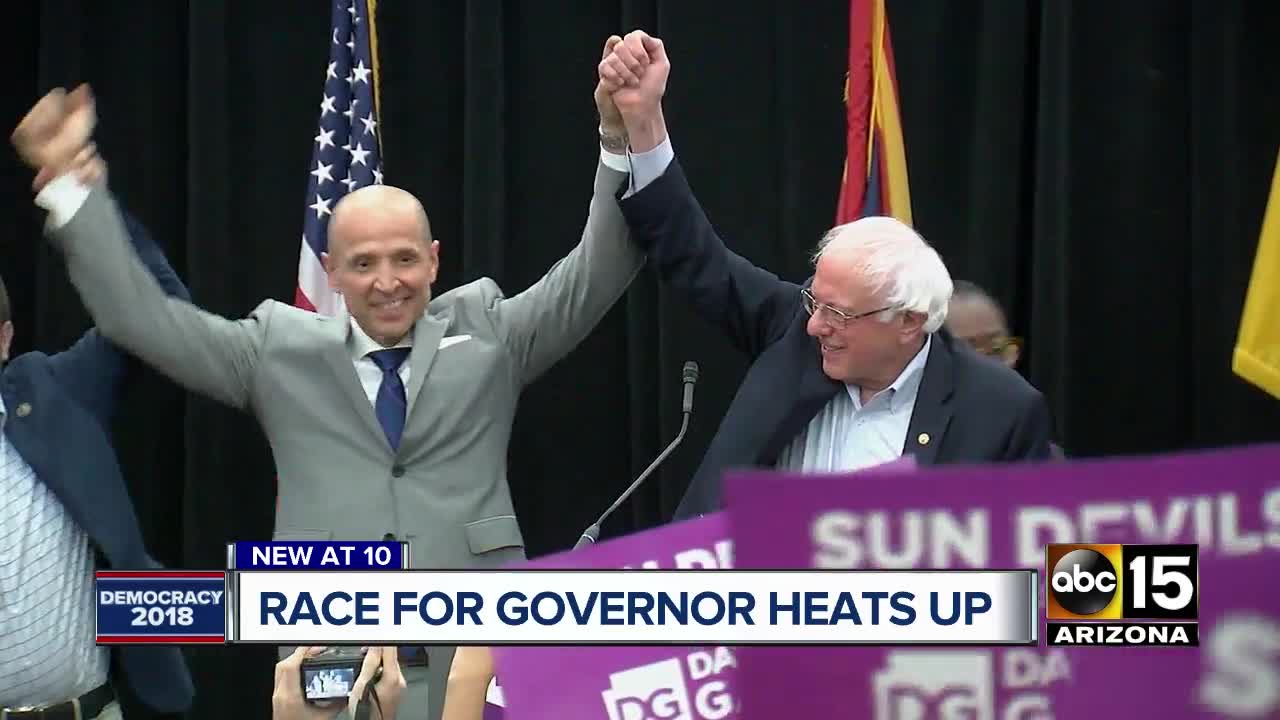 One pollster says the effort is designed to increase turnout among younger voters. 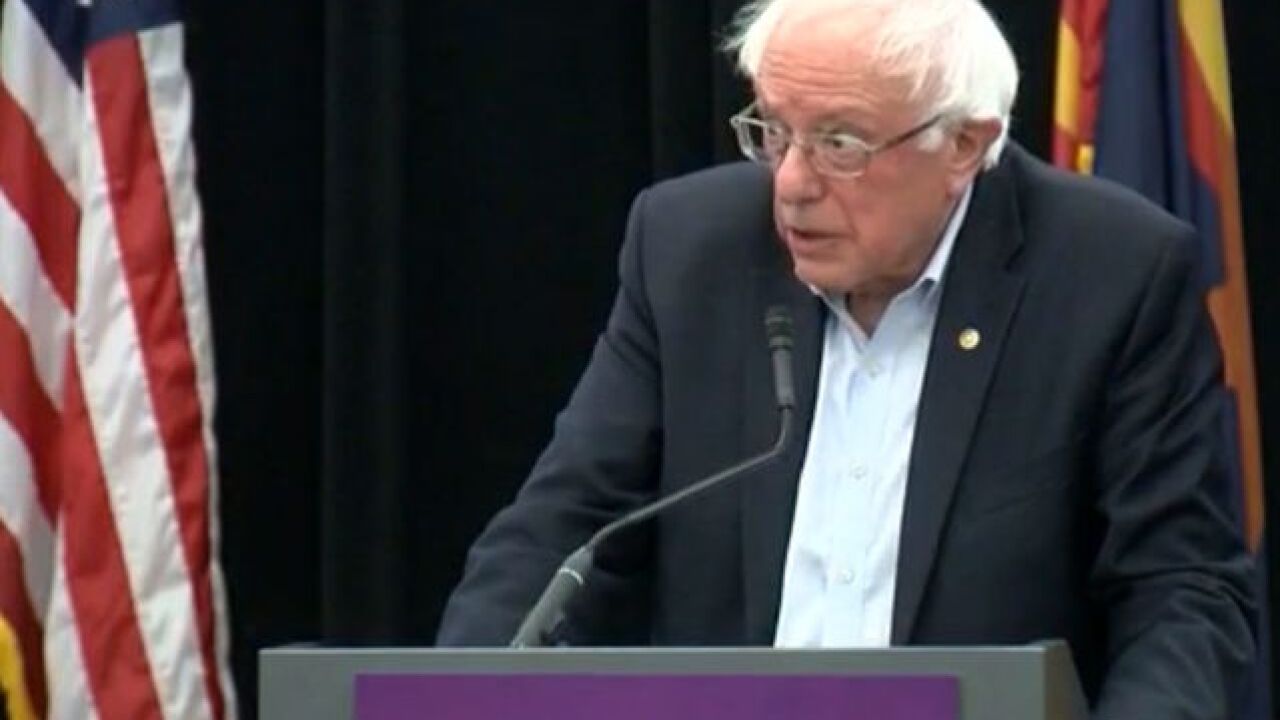 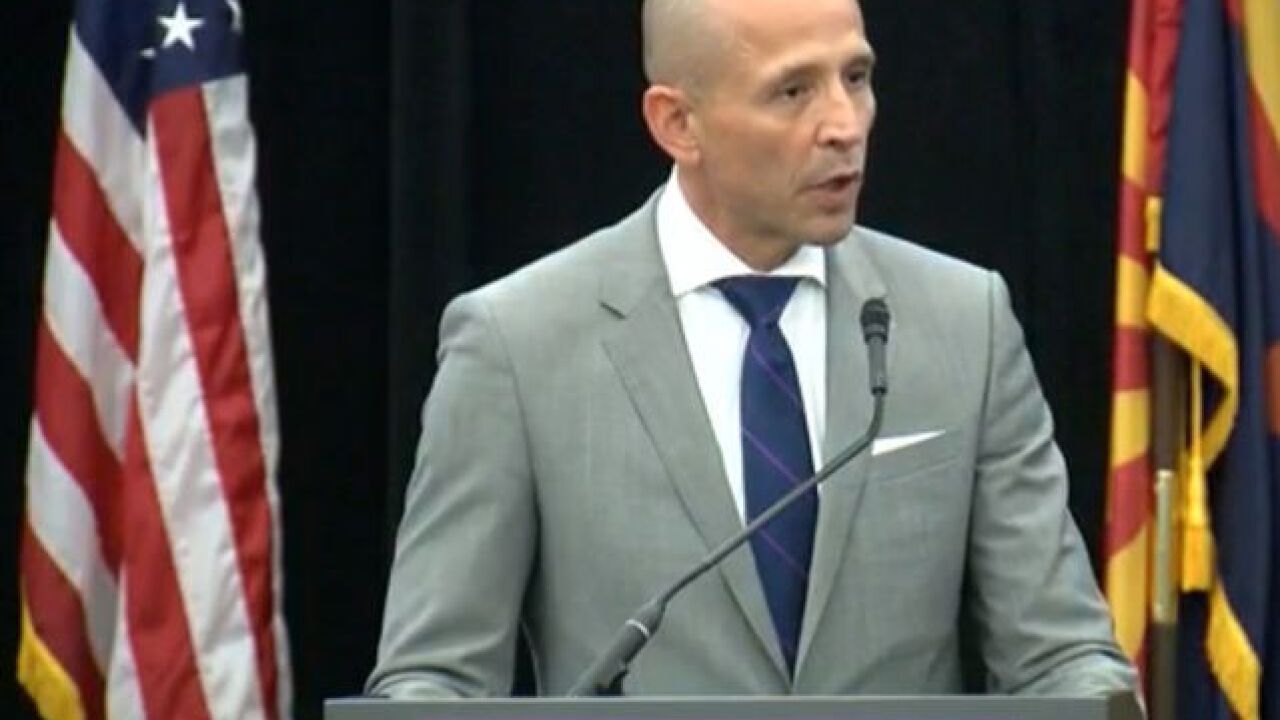 U.S. Sen. Bernie Sanders was in Arizona on Tuesday to speak at rallies in Tucson and Tempe for Democratic gubernatorial candidate David Garcia.

Garcia is an education professor at ASU who is facing Republican Gov. Doug Ducey in the Nov. 6 general election.

Sanders joined Garcia for a Tuesday afternoon appearance at the University of Arizona and an evening rally at Arizona State University.

The rallies were aimed at encouraging college students to get out and vote.

"When working people and young people don't vote, right-wing Republicans and billionaires win," Sanders told a Tucson crowd. "Four years ago, we had the lowest voter turnout since World War II, and Republicans swept all over this country.

"Our job in 2018 is to have the highest voter turnout in American history and when we do, we're going to elect David and other great progressives all over this country," said Sanders, who was making his fourth visit to Tucson in the last two years.

Sanders is the longest-serving independent in congressional history.

The Vermont senator and self-described progressive ran unsuccessfully for the Democratic Party's nomination for president in 2016.

Sanders had harsh words for President Donald Trump and other Republicans in power.

Watch video of the rally in Tempe here: