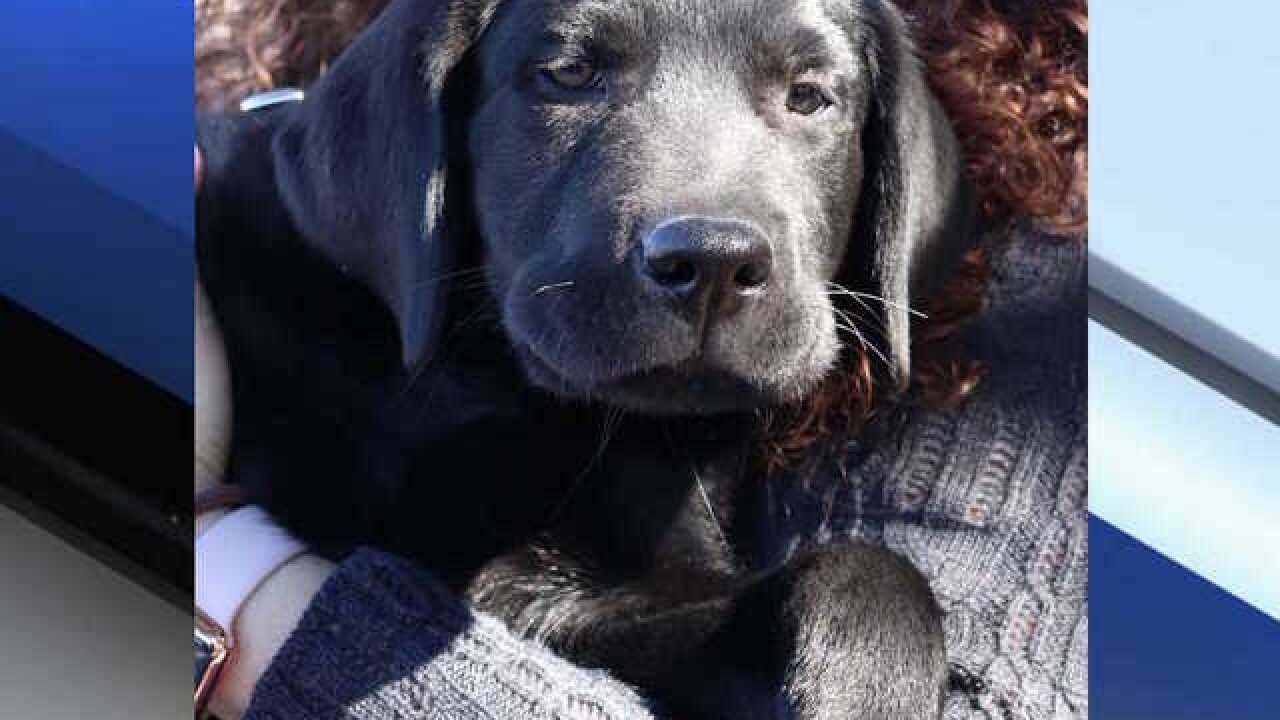 When Dutch grows a bit bigger, he will work with the department's special victim's unit.

According to an ASU spokesperson, Dutch will be "tasked with providing comfort to victims of crimes so they may feel more at ease speaking with police." He'll also paw-trol campus during exam weeks to comfort stressed-out students.

"We are extremely excited to provide this service to our community members,” ASU Police Chief Michael Thompson said in a press statement. “Going through a traumatic experience or having anxiety about a situation can be difficult to deal with and hard to talk about. We hope that Dutch will be able to put people’s minds at ease and help them manage the fears and emotions they may be experiencing."

Dutch was named after a fallen ASU police officer named James "Dutch" Lister who died of a heart attack while on duty in 2010, according to an ASU spokesperson.

"I worked with Officer Lister before his passing and he was always the consummate professional and treated everyone with dignity and respect,” Thompson said.  “Officer Lister’s widow is very excited about Dutch and said Officer Lister would have been honored to know that this puppy with his namesake will be helping people."